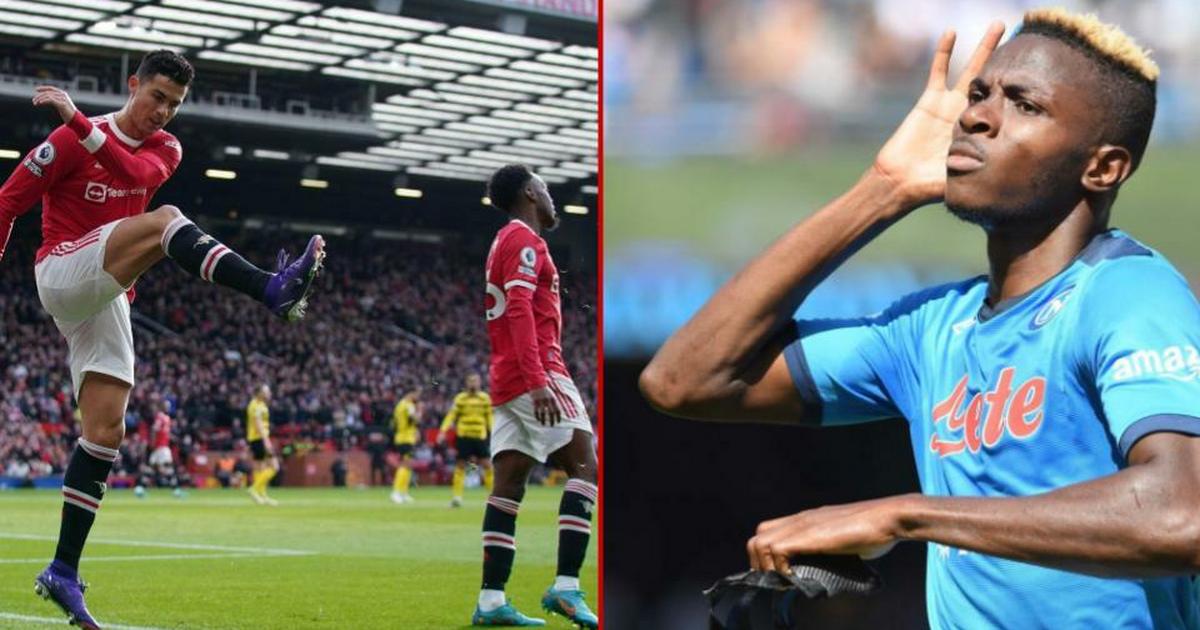 Although Ronaldo loves Manchester United, he wants to play in the Champions League next season.

And with United unable to offer him Champions League football after they finished sixth in the Premier League last season, Ronaldo is looking for a move.

While United will still love to keep the ex-Real Madrid man, Napoli are ready to offer him an escape route, which will guarantee him Champions League football following their third-place finish in the Italian Serie A last season.

According to The Athletic, the Neapolitans are interested in the Portuguese star, although Chelsea and Bayern Munich are also potential suitors.

However, should Ronaldo join Napoli, he will likely link up with Super Eagles star Victor Osimhen in a new attacking lineup.

Osimhen, who has been linked with a big-money move away from Naples, is expected to stay this summer, and that could see him potentially partner with Ronaldo up front.

Although Napoli mainly played a 4-3-3 formation last season with Osimhen down the middle, there were times Osimhen also paired with Dries Mertens up front.

And with Lorenzo Insigne gone, Napoli coach Luciano Spalletti could also consider pairing Ronaldo and Osimhen together should the former arrive at the Diego Armando Maradona Stadium.