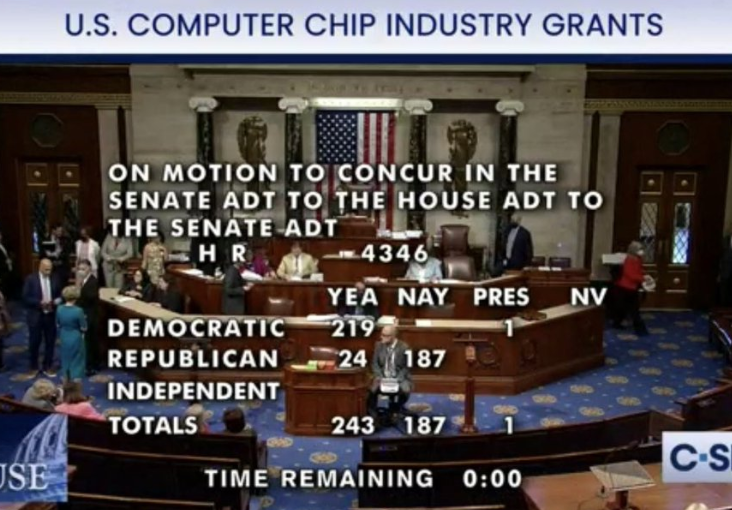 Most Republicans, including all from Arkansas, oppose bill to help compete with China – Arkansas Times


Over 185 Republicans vote against US Computer Chip Industry Grants pic.twitter.com/CkMbKCqXpx

That bipartisan bill passed in the Senate to subsidize the domestic semiconductor business — both to compete with China and to smooth supply chain problems — also passed the House today,

Republican leadership whipped against the legislation. Only 24 Republicans had the moxie to join the winning vote. This, like the Republican opposition that blocked benefits for veterans exposed to toxic substances, was a payback, simply meant to deny President Biden and Democrats a congressional win.

Party over country. It’s that simple. And as usual, Arkansans put party first. Our senators voted against the chip bill. So, too, did all members of the House from Arkansas, all tall talkers about the evil doers in China.

Rep. Tim Ryan has had enough.