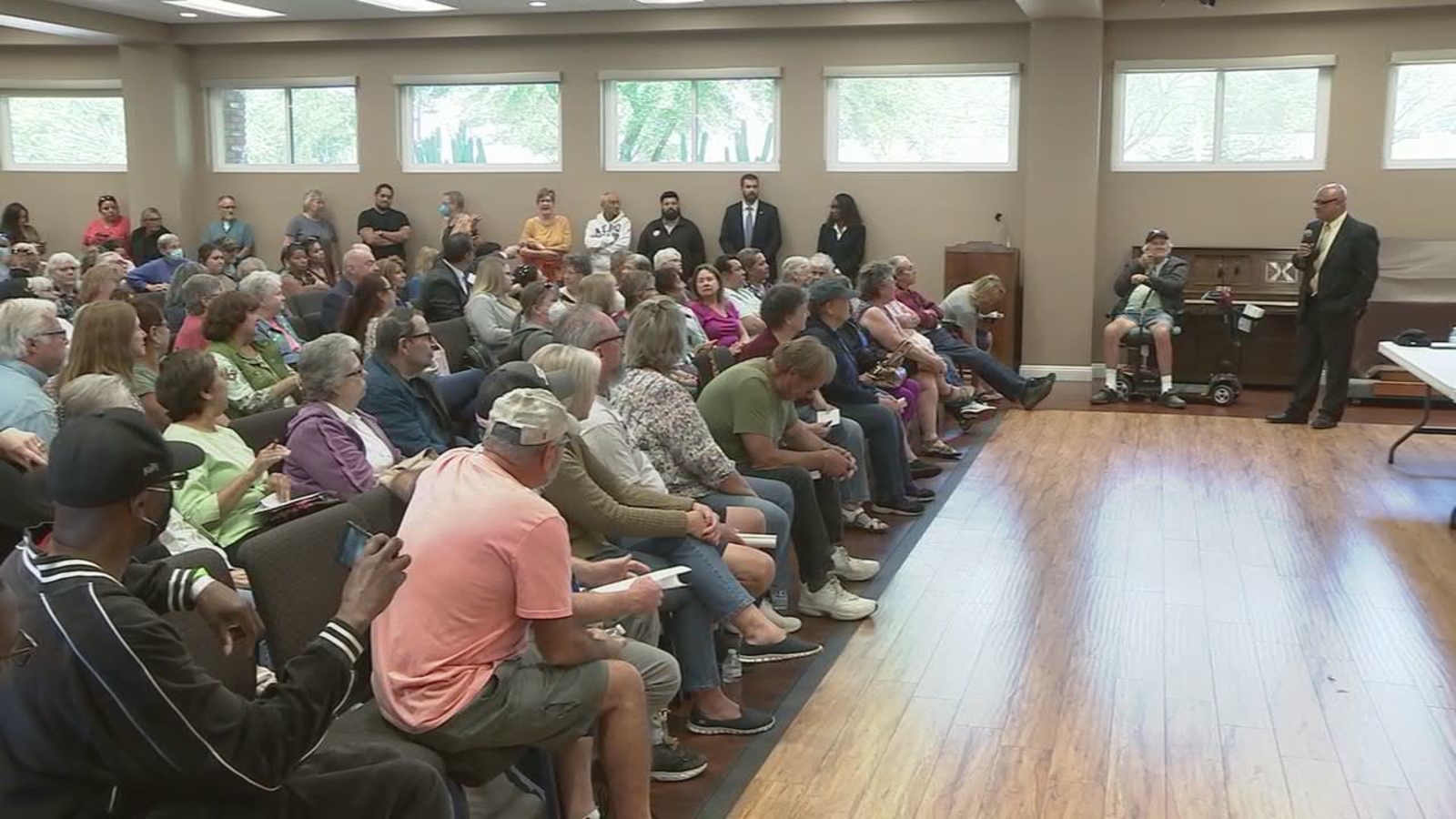 MENIFEE, Calif. (KABC) — The proposed placement of a man deemed to be sexually violent predator is being met with fierce resistance by residents of Sun City in Menifee.

Nearly 200 concerned residents voiced their concerns during a town hall meeting held Wednesday. It was hosted by the Menifee Police Department, and attended by several members of the Riverside County District Attorney’s Office.

“We have great grandchildren come to our house and I don’t fill one bit safe about this situation,” said resident Diane Fisher, who lives four doors away from the 1,300-square-foot home where Lawrence Phillip Moff, 68, would be placed. “Something desperately needs to be done.”

Moff was originally convicted in 1978 of child molestation in Los Angeles County. According to Menifee Police, Moff molested two young boys who he befriended at his church.

After being serving his sentence and being released from prison, Moff was convicted of another sex crime in 1998 after molesting a 9-year old boy who he also met at church. He was sentenced to 11 years in prison for that offense.

Since being released from prison, Moff has been at Coalinga State Hospital. Based on a recommendation of a doctor at the facility, a Riverside County Superior Court judge has ordered his release into the community.
According to the California Department of State Hospitals, he is to now begin “outpatient treatment and supervision.”

The operator of Sarah’s Good Life in Sun City has agreed to take him into the assisted living facility operated inside a home in a residential neighborhood.

“The individual should not be released into this community,” said Hestrin. “We believe that. And apparently you all believe that.”

However, at least one member of the audience at the town hall meeting was in support of Moff’s placement inside the home: the facility’s operator, Thomas Uata.

“Our job is not to pass judgement on any patient or any resident,” said Uata. “Our job is just to provide care, that’s all we do.”

His comments were met with hostility in the crowd — with many residents immediately booing his presence. Some questioned whether he could have turned down the placement, and whether his decision to accept it was based on financial incentive.

“How much money to you get to take in a violent offender?” asked resident Sabrina Spady.

Uata did not respond to her question.

When an Eyewitness News reporter approached Uata to ask how much money he stood to gain from Moff’s placement in his facility, he responded by saying “It would be totally inappropriate to discuss anything like that.”

Riverside County DA Mike Hestrin is encouraging concerned residents to file an affidavit with their office.

A Riverside County Superior Court judge is scheduled to hold on hearing on the issue in downtown Riverside on July 29, 2022.