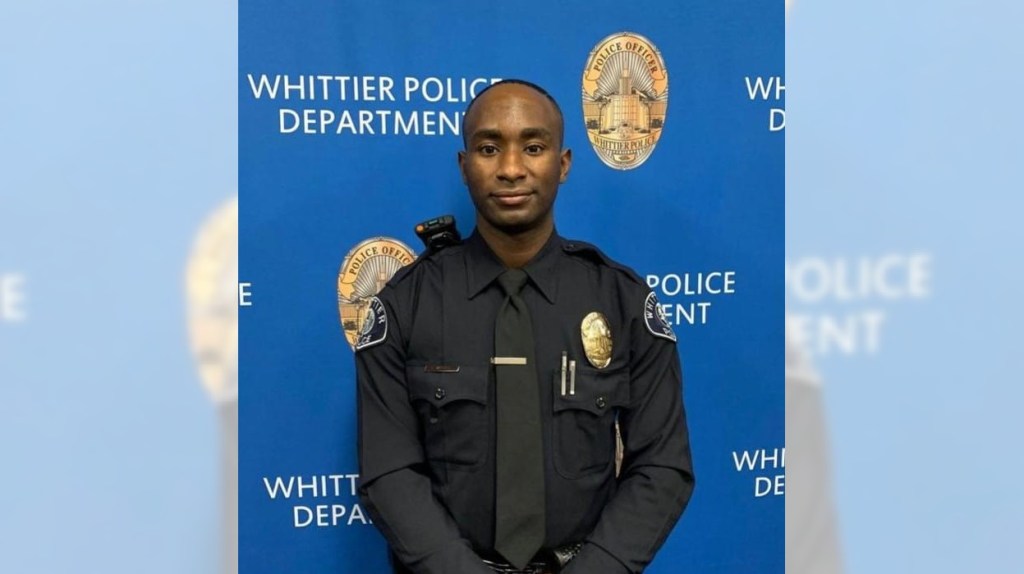 A memorial fund was created for a Whittier police officer killed in a weekend motorcycle crash while off-duty, authorities said Monday, June 6.

Officer Lanell Whitfield died from blunt force traumatic injuries in the 3900 block of Martin Luther King Jr. Boulevard in Lynwood at 3:45 p.m. on Saturday, according to coroner’s spokeswoman Sarah Ardalani. The coroner ruled the 25-year-old’s death as an accident.

The Los Angeles County Sheriff’s Traffic Services Detail is investigating the crash but has not released any details about it.

“This tragic and sudden loss has been very difficult for our law enforcement family, ” Whittier Police Chief Aviv Bar said in a statement on Monday.

Whitfield joined the Whittier police department in October 2021 after two years as a deputy with the Los Angeles County Sheriff’s Department. He worked patrol in Whittier.

Bar described Whitfield as a bright and kind young man who was full of energy and desire to help others.

“in a very short time, Lanell developed a strong bond with his fellow police officers and with the community that he enjoyed serving each day, a testament to his character, commitment, and friendly personality. He truly loved and enjoyed being a police officer,” Bar said.

“As we grieve this terrible loss, our thoughts and prayers are with Lanell’s family, his many law enforcement partners and friends, and the community he protected.”

Whitfield is survived by his parents and siblings, Bar said.

The Peace Officers Research Association of California and the Whittier Police Officers’ Association created a memorial fund to help the officer’s family with funeral expenses.