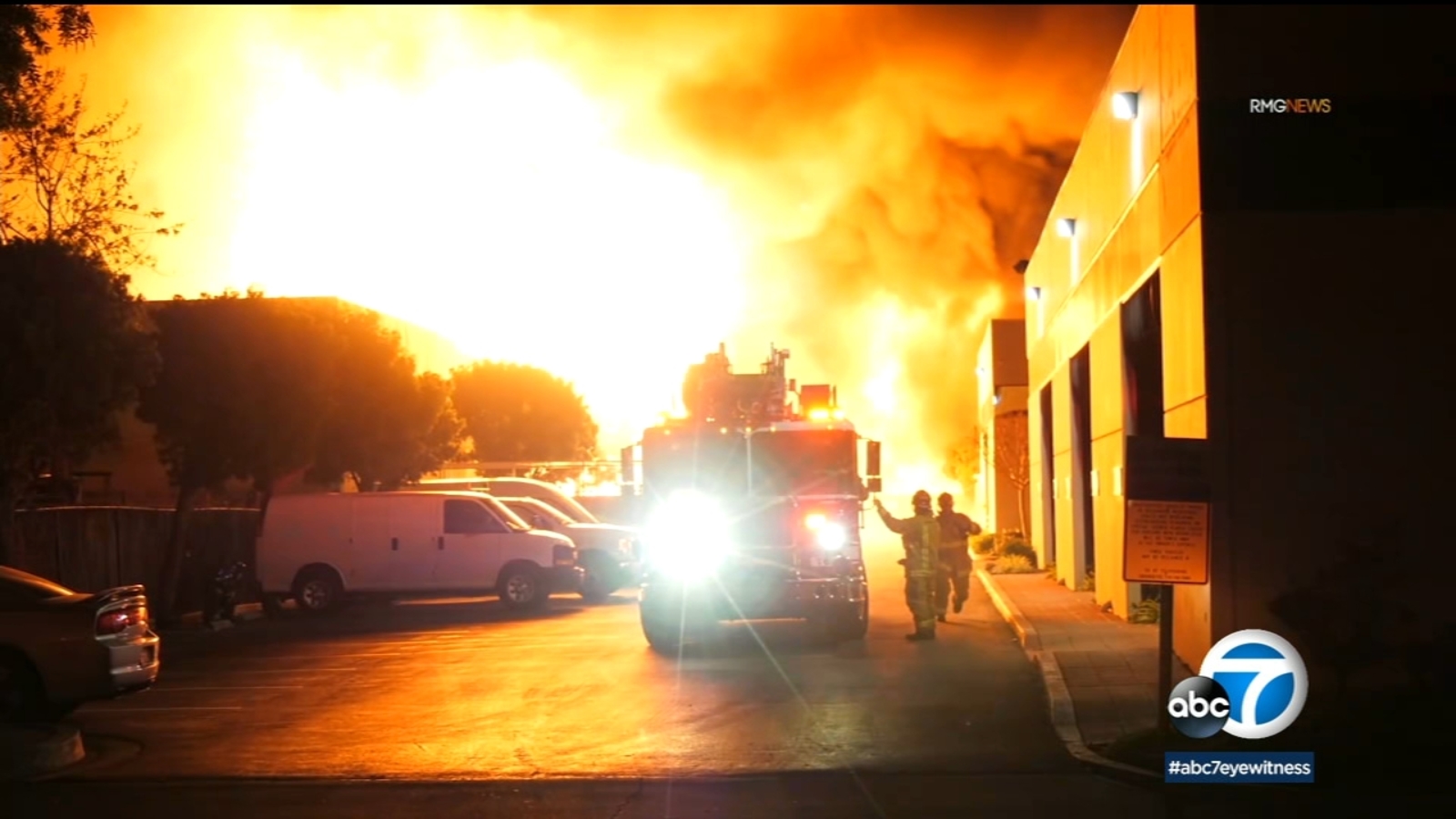 ORANGE, Calif. (KABC) — A massive fire ripped through an industrial complex in the city of Orange overnight, sending a thick cloud of smoke into the sky and prompting a large firefighter response.

The blaze was reported just after midnight Wednesday at a business on Batavia Street that manufactures foam products, according to the Orange County Fire Authority. Officials say employees noticed smoke coming from one of the foam buns, which are as big as rail cars, before the flames took off.

Employees tried moving the bun to a more open area but the ignition was too fast, causing them to be evacuated. Nobody was injured.

The main portion of the fire, which created a smoke plume that could be seen from miles away, was knocked down around 2:30 a.m. but firefighters remained on scene as some foam buns were still smoldering.

The cause of the fire is under investigation.