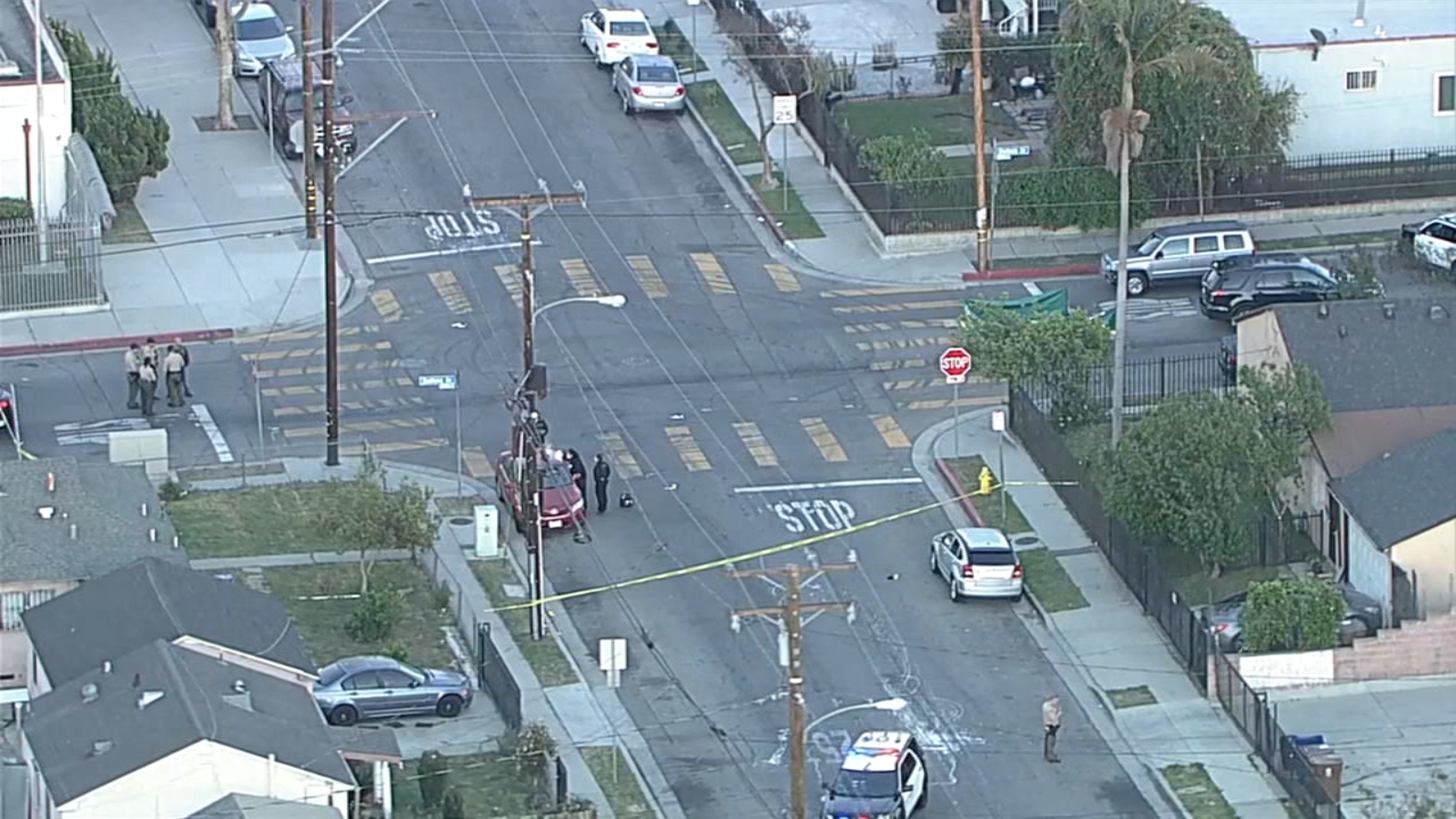 SOUTH LOS ANGELES (KABC) — A man died after he was shot during a robbery attempt and then ran into the path of oncoming car in the Westmont neighborhood of South Los Angeles Friday afternoon, authorities said.

Los Angeles County Sheriff’s Department deputies were called just after 12:10 p.m. to the intersection of Budlong Avenue and 109th Street, near Woodcrest Elementary School, after a report of a pedestrian getting hit by a car, LASD said in a news released.

Deputies found the man suffering from gunshot wounds at the scene.

Deputies learned the man was in the area with his family to look at a car that he reportedly saw advertised for sale online. He was met by a suspect who attempted to rob him. Two additional suspects participated in the robbery, and one drew a handgun and shot the victim.

The wounded man ran into the path of an oncoming car and was struck. He sustained “traumatic injuries as a result of the traffic collision” and was pronounced dead at the scene by paramedics.

The suspects ran from the scene westbound on 109th Street following the shooting. They were described only as males.

LASD did not specify if the driver remained on scene following the collision.

The man’s name was withheld pending notification of his next of kin.

Sheriff’s department homicide investigators spent several hours at the scene of the shooting collecting evidence and were seen examining a red car parked on the street.