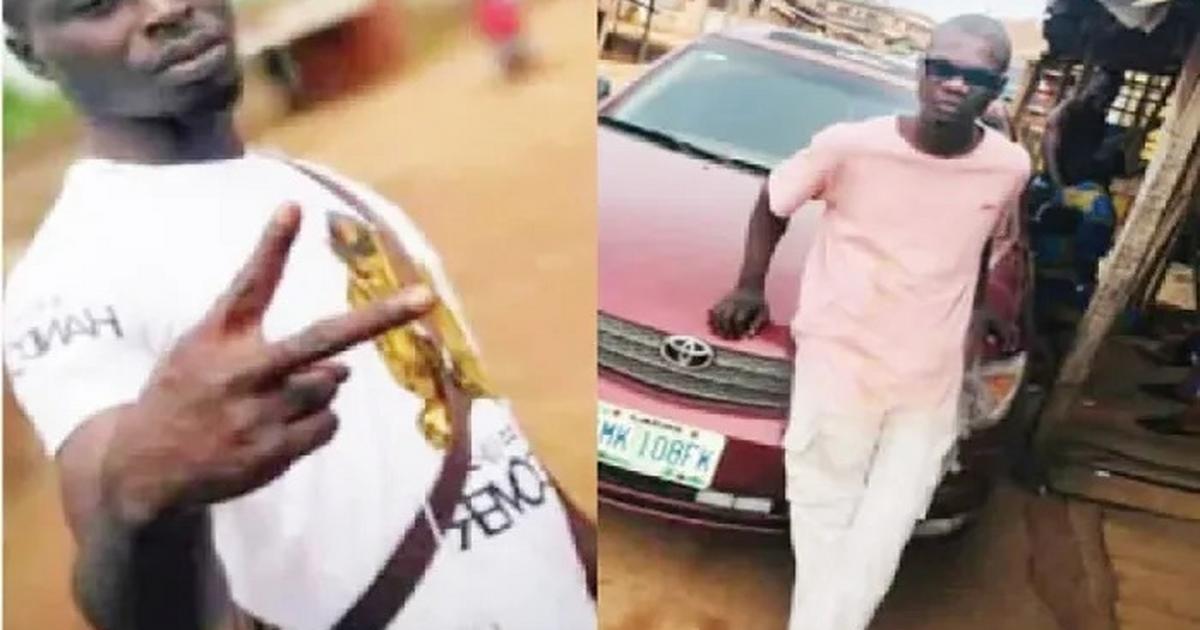 Efforts to separate the duo from fighting proved abortive, as their associates’ attempt to mediate failed.

According to the deceased’s friends, Onyemaechi Onwuzuribe, Shogbola was given a hot chase after committing the crime as he attempted to board a motorcycle to flee the scene.

Motorcyclists, however, turned down his request for a ride due to the bloodstains on his shirts, which resulted in him racing to the Ilishan-Remo Police Station, where he reported himself over to the police.

Onwuzuribe said, “Federal was bloodied and I saw him running away though I did not know that he had stabbed Victor (Olabiyo). I knew that they fought earlier that morning over $150 and as soon as I saw him running, I sensed that he must have done something.

“I grabbed him and just as I did, I saw people running after him and crying that he had stabbed Victor to death. That was when I and others tried to hold him, but he escaped and went to the police. If the boys had caught him, they would have lynched him.”

The remains of the deceased have been deposited in the Olabisi Onabanjo University Teaching Hospital (OOUTH), Sagamu, Ogun State.

Confirming the incident, Ogun Police Public Relations Officer (PPRO), Abimbola Oyeyemi disclosed that the suspect had been transferred to the Homicide Section of the State Criminal Investigation and Intelligence Department (SCIID), Eleweran, Abeokuta.