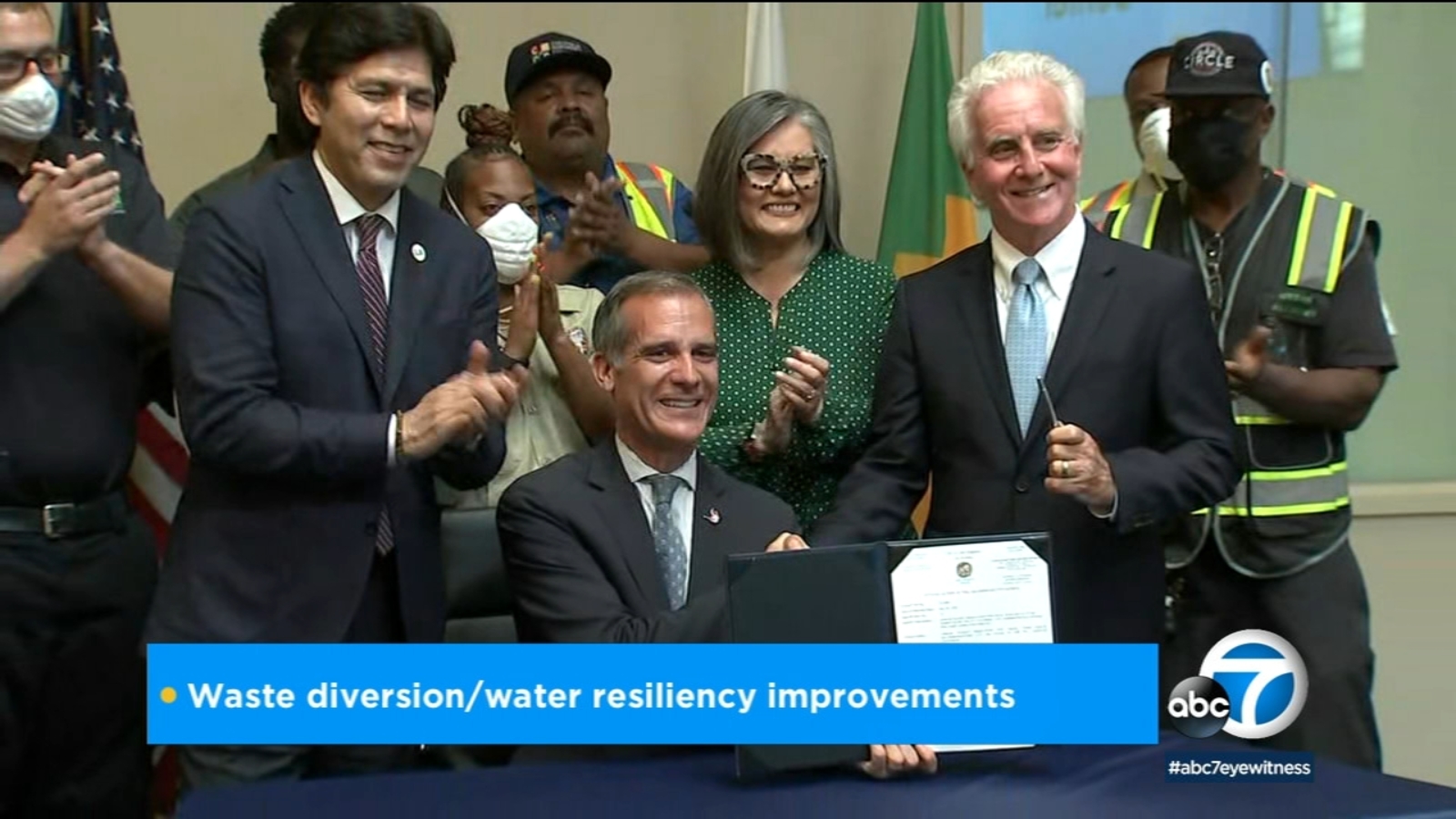 LOS ANGELES (CNS) — Mayor Eric Garcetti signed an $11.8 billion budget for the 2022-23 fiscal year Thursday, with a 6.5% increase to the Los Angeles Police Department as well as a second year of historic spending of more than $1 billion related to homelessness.

The lengthy budget process began on April 20, when Mayor Eric Garcetti proposed an $11.77 billion budget, up from the current fiscal year’s $11.2 billion.

Among the most significant changes in Garcetti’s plan was an initial 8.5% increase to the LAPD’s operating budget to about $1.9 billion.

The department’s total funding, which includes pensions, would have been about $3.2 billion.

During budget hearings that began on April 26, the Budget and Finance Committee — chaired by Councilman Paul Krekorian — heard from general managers, executive directors and senior staff members of all city departments regarding how the proposed budget would impact their services.

The committee revised the budget and presented it to the City Council. Council members introduced 25 motions related to the budget, some of which were approved and others were referred to committees.

With the changes made by council members, the final budget includes a $115 million increase to the LAPD’s budget, according to the mayor’s office budget director.

The increase is partly aimed at adding 780 officers to the department’s sworn force.

However, during the budget process, Chief Legislative Analyst Sharon Tso cast doubt on that happening, saying it was more realistic that between 600 and 650 additional recruits would be hired next year.

Tso added that the last time the department hired that many officers was 2008. She recommended that funding for additional personnel be placed in the unappropriated balance instead of given directly to the LAPD, so it can be allocated if needed.

The increased police budget also funds the implementation of recommendations made in three reports that found the department mishandled its response to 2020’s protests against racism and police brutality.

Councilman Mike Bonin cast the sole dissenting vote to approve the budget on May 18, citing the increase in police funding, including for the reports’ implementation.

Before casting his no vote, Bonin said the narrative in the media and political campaigns is that you combat crime with cops, but “we still haven’t
made the long arc change, the big pivot, to how do we do the prevention stuff?”

“How do we grow so that our summer youth jobs program is 50,000 instead of 1,000 kids, how do we do it so the [Gang Reduction and Youth Development] Program is everywhere in the city or that the therapeutic vans … is everywhere instead of in five or six places?” he said.

While increasing the police budget, the overall city budget also expanded funding for alternatives to policing, including more than doubling the CIRCLE initiative — which launched last year in Venice and Hollywood and dispatches homeless services teams with Urban Alchemy to nonviolent 911 calls regarding homeless people — from $3 million to $8 million.

The revised budget also includes more than $1 billion in spending the city deemed related to the homelessness crisis, including $377 million for
permanent supportive housing, $208 million for the Project Homekey program, $17 million for interim housing and more than $50 million for supportive services.

The budget would also expand the city’s Comprehensive Cleaning and Rapid Engagement (CARE/CARE+) program that cleans at encampments from 22 to 28 teams and double the staff responsible for illegal dumping cleanup and bulky item cleanup.

About $5 million will be used for decarbonization and solarization of city buildings, $25 million will help restaurants and small businesses recover from the COVID-19 pandemic, and an additional $25 million will go to business assistance programs in disadvantaged areas.

About $200 million is being allocated to improve Los Angeles’ street conditions, which would improve streets on a total of 6,500 lane miles, Krekorian said.

Krekorian emphasized that the budget is aimed at increasing hiring throughout the city — including by funding the Personnel Department to prevent delays getting potential employees in other departments hired.

He said the department hasn’t been adequately staffed since budget constraints during the 2008 recession.

Council President Nury Martinez praised the budget’s passage in May, saying it is aimed at making Los Angeles work for more of its residents.

“Right now, Los Angeles doesn’t work for all Angelenos,” Martinez said. “We have a housing crisis that makes it difficult for families to build intergenerational wealth; we have families that want to work but can’t afford child care; and, we have too many communities who don’t have access to basic resources within their own neighborhoods. This budget is built to address these issues and find both immediate and long-term solutions that were designed with equity in mind.”

Martinez highlighted investments including $5 million for moderate-income homeownership loans, $1.2 million for staff to enforce the anti-tenant harassment law, $3.2 million for a fund for climate-impact mitigation efforts and $2 million for a program to help low-income families build accessory dwelling units.

The fiscal year begins on July 1.