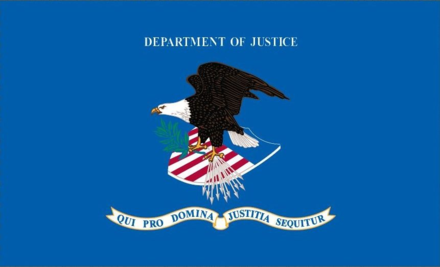 The organizer of a multi-million-dollar kickback conspiracy was sentenced today. Brad Duke, 47, of Little Rock was sentenced to 36 months’ imprisonment and ordered to forfeit $1,055,855.86 by United States District Judge Brian S. Miller.

Duke promoted prescription pain creams, scar creams, and supplements for a Mississippi-based compounding pharmacy, earning a share of whatever the pharmacy was paid for prescriptions issued by Duke’s affiliated doctors. After learning TRICARE, the national military’s health insurer, paid tens of thousands of dollars per month per patient for the compounded drugs he was promoting, Duke began to offer and pay kickbacks to generate prescriptions for those with TRICARE insurance.

Duke paid kickbacks to recruiters, including Michael “Chance” Beeman (52, of Maumelle), Michael Sean Brady (53, of Little Rock), Jason Greene (35, of Nashville, Tenn.), Brian Means (47, of Fort Smith), and Jennifer Sorenson (44, of McKinney, Tex.), to find TRICARE beneficiaries around the country willing to receive the drugs. Duke explained a doctor would sign off on the necessary prescriptions without ever consulting the patients. All Duke needed was TRICARE beneficiary insurance information sufficient to fill out prescription forms.

Upon receipt of beneficiary information from his recruiters, Duke routed prescriptions in the names of the TRICARE beneficiaries to local medical assistant Charlotte Leija (41, of Conway), to whom Duke paid kickbacks, usually $1,000 per prescription, to file the prescriptions under the name of the doctor for whom she worked.

Within a year, Duke’s scheme generated over $10 million in compound drug prescriptions for over 100 TRICARE beneficiaries hailing from as far west as Chula Vista, Calif., to as far east as Foxborough, Mass. No one ever consulted a prescriber. Duke paid his recruiters more than $2 million to supply the beneficiaries and over $250,000 to Leija to issue the prescriptions.

Judge Miller previously sentenced co-conspirators Brady, Beeman, Green, Means, Sorenson, and Leija to prison terms ranging from 8 months to 28 months and ordered them to forfeit illicit proceeds ranging from $198,799.00 to $598,435.99. As of today’s sentencing hearing, the U.S. Marshals had already seized $1,055,855.86 from Duke