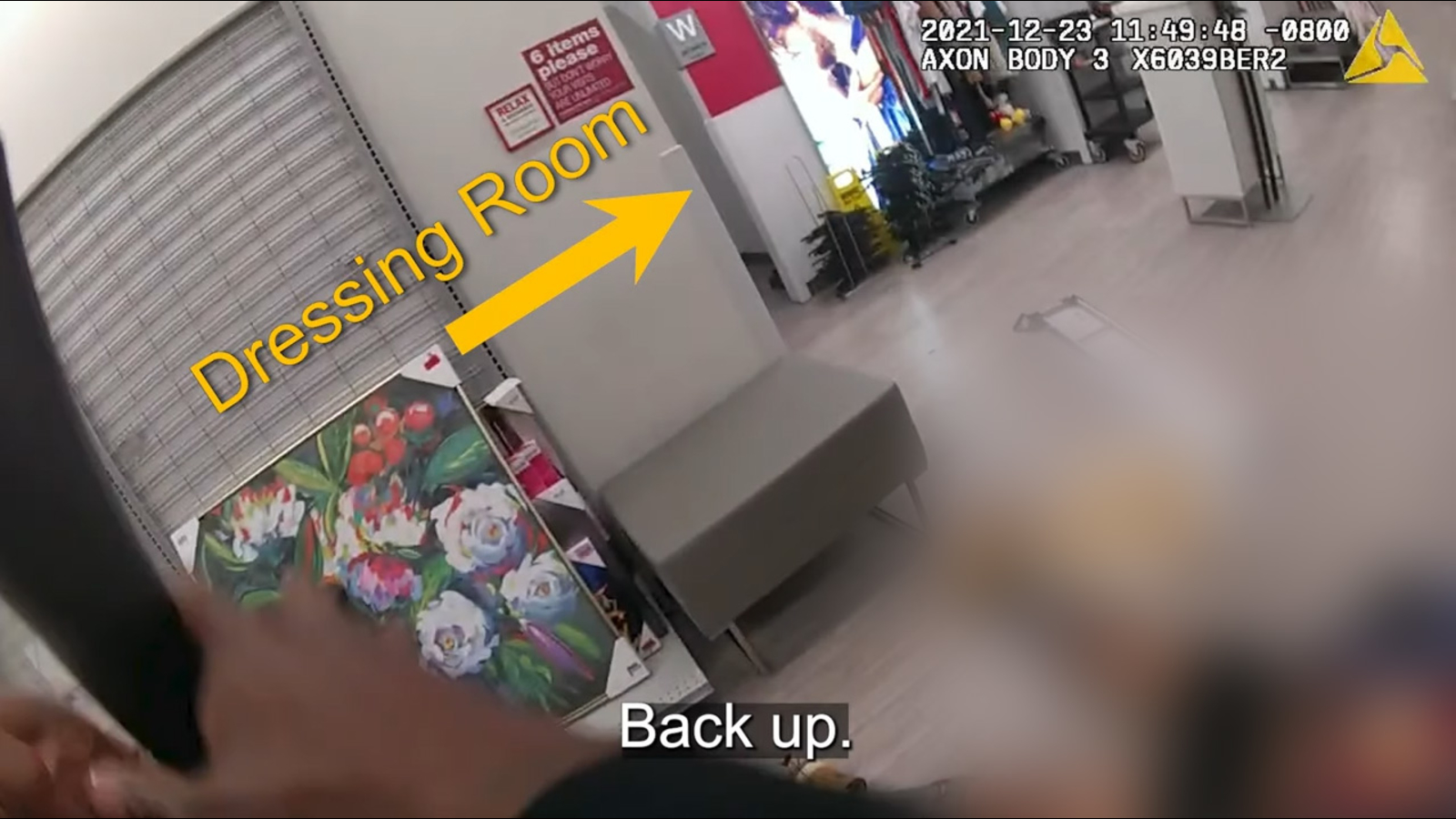 NORTH HOLLYWOOD, LOS ANGELES (KABC) — The Los Angeles Police Department has released body camera footage of a shooting that killed a 14-year-old girl at a Burlington store in North Hollywood.

The video was released on Monday afternoon on the department’s YouTube page. It was released as an “expedited critical incident” video at the direction of LAPD Chief Michel Moore.

Valentina Orellana-Peralta was killed Thursday when officers fired at an assault suspect and a bullet went through a wall and struck the girl as she was in a dressing room.

The 35-minute video starts off with audio of several 911 calls made to police.

“I have a hostile customer in my store attacking,” said one caller, who can be heard yelling, “Evacuate the building!”

In surveillance video footage, you can see the suspect, who is seen walking with a bike and a metal item, which appears to be a bike chain, walking into the store and taking the escalator to the second floor.

At one point, he leaves the store and comes back through the front door. The suspect is later seen grabbing a customer, knocking the person to the ground and hitting them with the object.

The video also shows the moments when officers opened fire. A portion of the video shows the area near the dressing room.

“We at the LAPD would like to express our most heartfelt condolences and profound regret for the loss of this innocent victim, Valentina Orellana-Peralta. There are no words that can describe the depth of the sorrow we feel at this tragic outcome,” police Capt. Stacy Spell said in the posted video.

The parents of the girl along with their attorneys are scheduled to hold a press conference Tuesday morning.

A Justice For Valentina campaign, as well as a GoFundMe account, has been created on behalf of the victim’s family.

Online coroner records show their autopsies have been completed and their causes of death were both a gunshot wound to the chest.

Officers responded to the store after a call about an assault with a deadly weapon. As officers made their way to the scene, police received additional calls of a possible active shooter situation underway at that location with reports of shots fired. Investigators have not found a gun at the scene.

When police arrived at the scene, they encountered a suspect “who was in the process of assaulting” a woman.

The suspect was shot and died at the store but one of the bullets went through drywall behind the man and killed the girl, who was in a changing room with her mother, police said.

Officers found the teenager dead after seeing a hole in “a solid wall that you can’t see behind,” LAPD Assistant Chief Dominic Choi said.

Investigators didn’t immediately know whether she was in the dressing room before the violence began or ran in there to hide, he said.

“This chaotic incident resulting in the death of an innocent child is tragic and devastating for everyone involved,” Police Chief Michel Moore said in a statement late Thursday night. “I am profoundly sorry for the loss of this young girl’s life and I know there are no words that can relieve the unimaginable pain for the family.”

Moore promised a “thorough, complete and transparent investigation” into the shooting.

The woman who was attacked is not being identified.

Investigators were trying to determine whether the assault was random or targeted. Choi said they don’t believe the teenager was related to the person who was attacked.