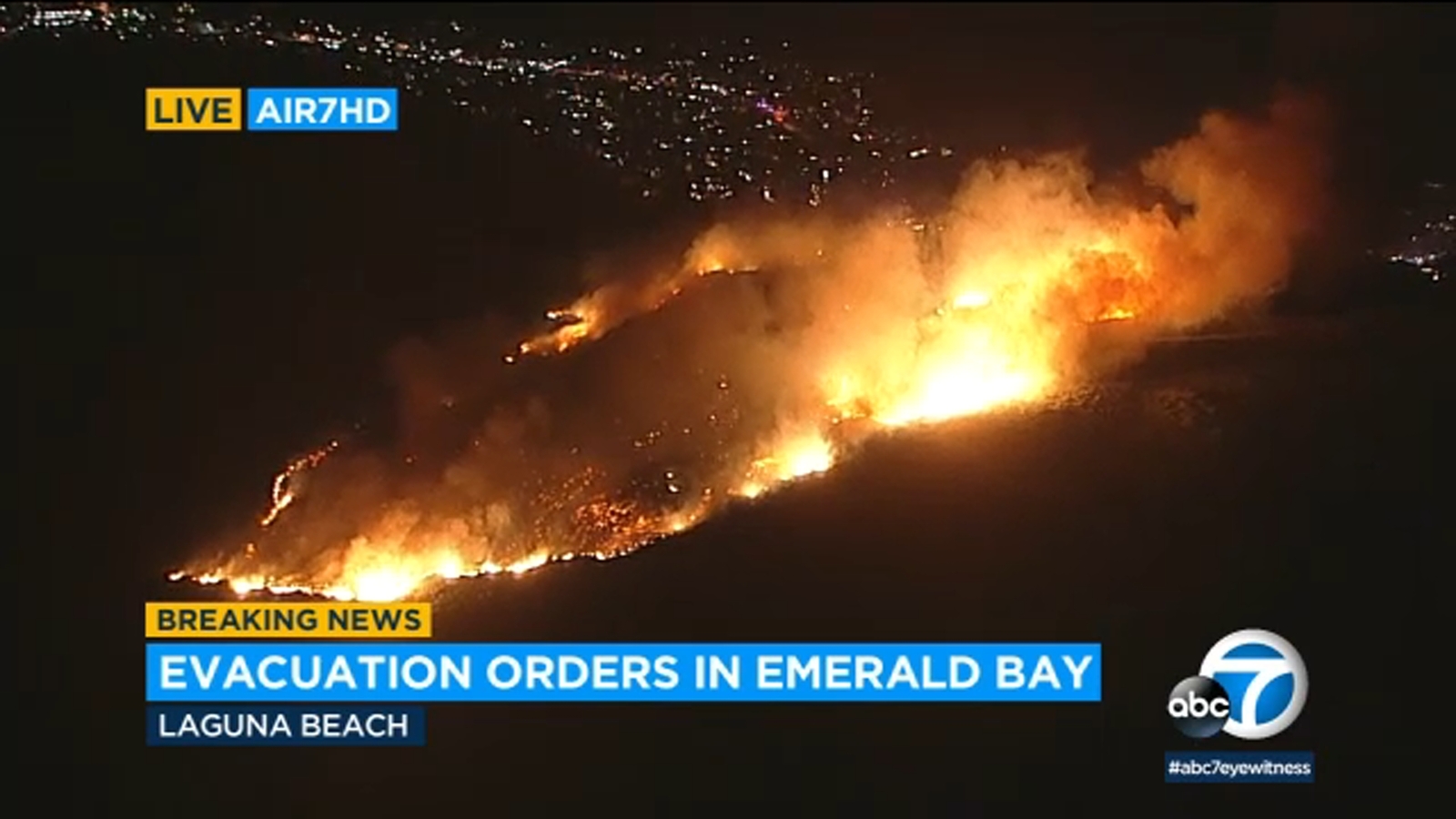 The fire, dubbed the Emerald Fire, broke out around 4 a.m. in the Emerald Bay area east of the Pacific Coast Highway, which was closed in both directions until further notice. At least seven acres have been burned.

The Laguna Beach Police Department issued a mandatory evacuation order for all residents in Irvine Cove and North and South Emerald Bay as the flames inched dangerously close to homes. Evacuation warnings were issued for all of North Laguna, affecting residents north of Broadway.

A bright orange glow could be seen from miles out in the early morning hours, indicating the flames burned a large area. But during a Thursday morning press briefing, Orange County Fire Authority Chief Brian Fennessy said the spread had slowed.

Although no homes have been damaged, Fennessy stressed the importance of preparation as a fire can break out at any time.

Although the winds that fueled the flames started to taper off into the morning, evacuation orders remained in place. The City of Irvine established an evacuation center for those affected at Los Olivos Community Center at 101 Alfonso.

Additional details about the cause of the fire were not immediately available.