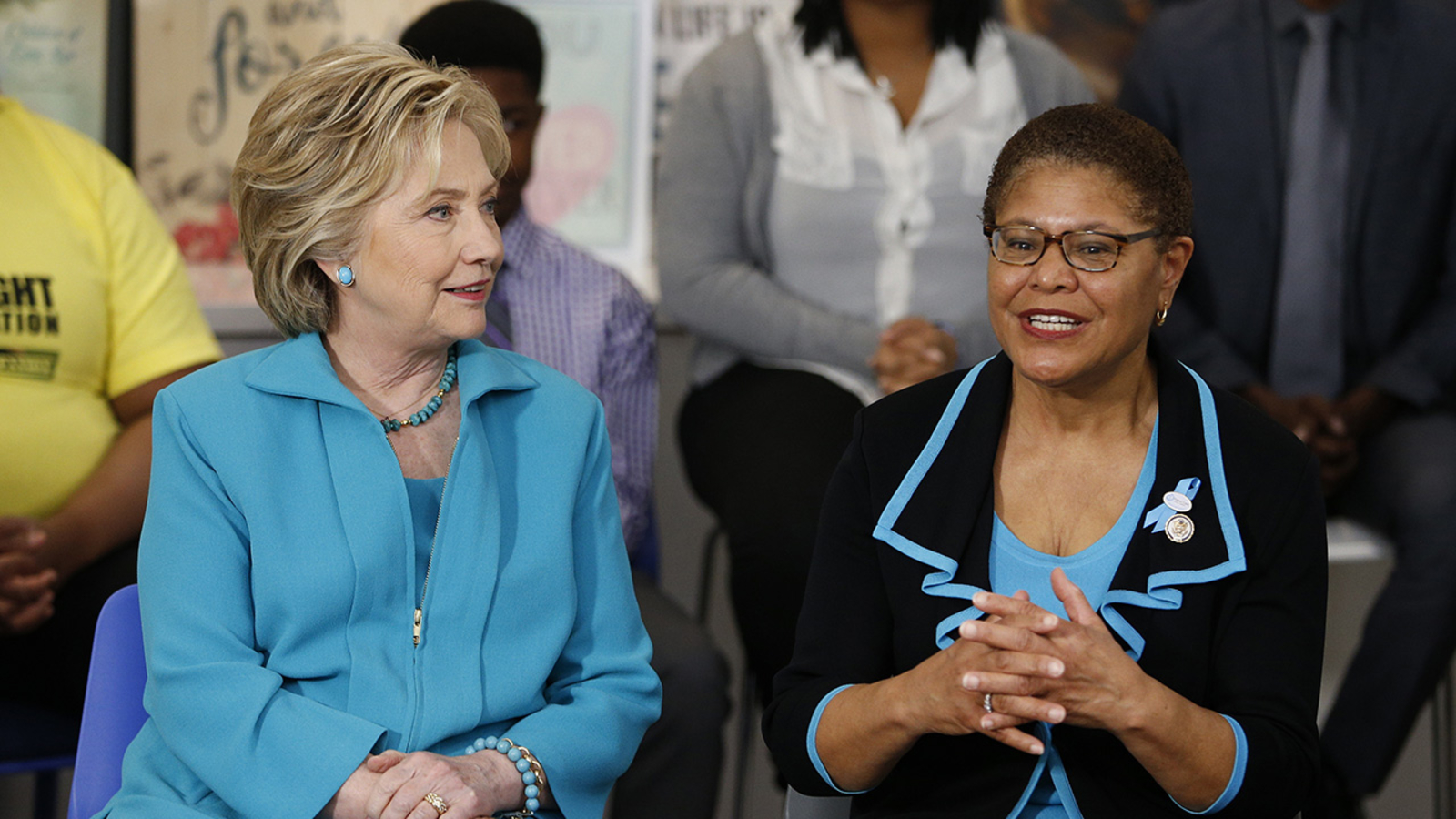 “I’m proud to have worked with Secretary Clinton in Los Angeles, Washington and overseas on issues we both care about, including reforms to keep children and families from homelessness and to stop cycles of poverty,” Bass said in a statement.

Bass was in South L.A. Thursday, joining city and religious leaders at Bethel AME Church for the groundbreaking of a 53-unit affordable housing project. If elected mayor, Bass says she would use her relationships in D.C. to obtain federal funds to expand housing for the homeless.

“There’s projects like this all over the city. But our challenge is that it needs to be of much bigger scale,” Bass said. “Ten times, 20 times as many groundbreakings as today need to happen all over our city.”

The Bass campaign once again attacked opponent Rick Caruso for donating to anti-abortion Republicans in the past, even though Caruso says he supports reproductive rights.

Bass also connected Caruso’s plan to address homelessness to what former President Donald Trump said in D.C. earlier this week. Trump talked about clearing out homeless camps in urban centers and relocating homeless people to quickly-built tent cities “in the outer reaches of the cities.”

According to his campaign, Caruso served on a recovery commission for Trump with the likes of Tim Cook and other CEOs of major corporations.

In a statement, Caruso’s campaign told Eyewitness News: “It’s not surprising Karen Bass has to lie about Rick’s record of service to distract voters from her failed record around homelessness and crime.”

Early voting in the Los Angeles mayor’s race begins in three months, so November is right around the corner.