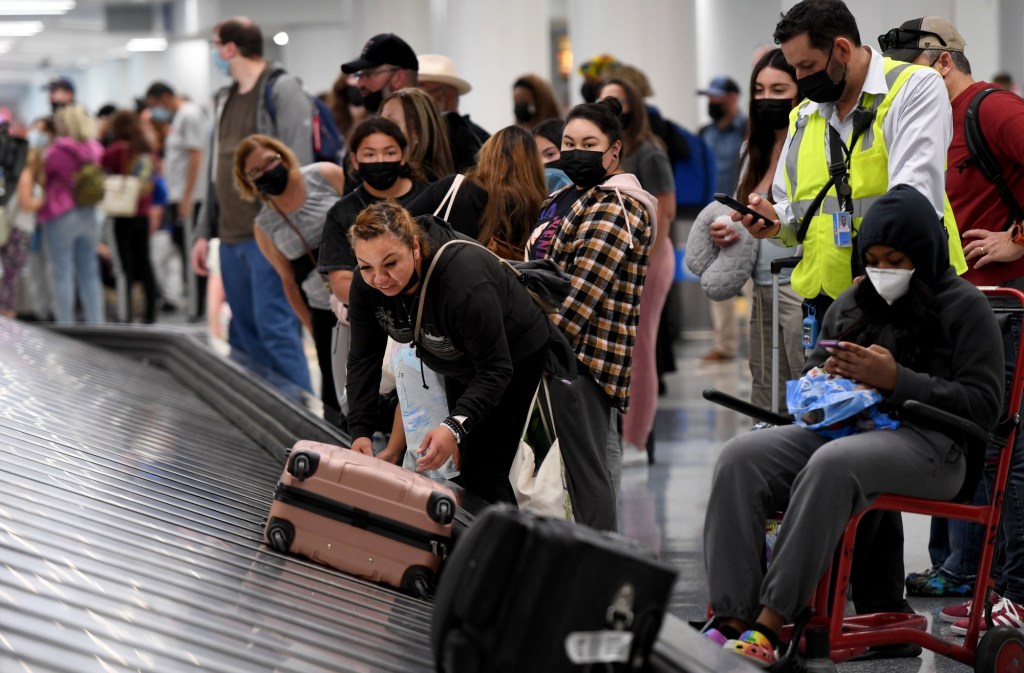 Masks will again be required on all public transit within Los Angeles County, including buses, trains, taxis and ride-hailing service vehicles, under a new COVID-19 health order that will take effect on Friday, April 22.

The order will also again require masks at all indoor public transportation hubs, including airports and bus terminals.

Public Health Director Barbara Ferrer said Thursday the order is based on the U.S. Centers for Disease Control and Prevention’s opinion that mask-wearing on transit remains an essential step in preventing spread of COVID-19.

“They are experts,” Ferrer told reporters during an online briefing. “They made a determination that at this point having that requirement in place is necessary for the public’s health, and that resonates with us.”

At the urging of the CDC, the U.S. Department of Justice on Wednesday appealed a ruling made earlier this week by a federal judge in Florida that struck down the U.S. government’s rule requiring masks to be worn on public transportation, most notably aboard airplanes.

U.S. District Judge Kathryn Kimball Mizelle ruled that the CDC had exceeded its authority in issuing the mask-wearing mandate on transportation systems. But on Wednesday, the CDC issued a statement saying it continues to believe that requiring masks in indoor transportation settings “remains necessary for the public health.”

“CDC will continue to monitor public health conditions to determine whether such an order remains necessary,” according to a statement from the agency. “CDC believes this is a lawful order, well within CDC’s legal authority to protect public health.”

Ferrer said the county’s renewed order — which will take effect at 12:01 a.m. Friday — will reinstate mask orders in all of those settings. The rule will not apply to people aboard airplanes, which are beyond the county’s jurisdiction.