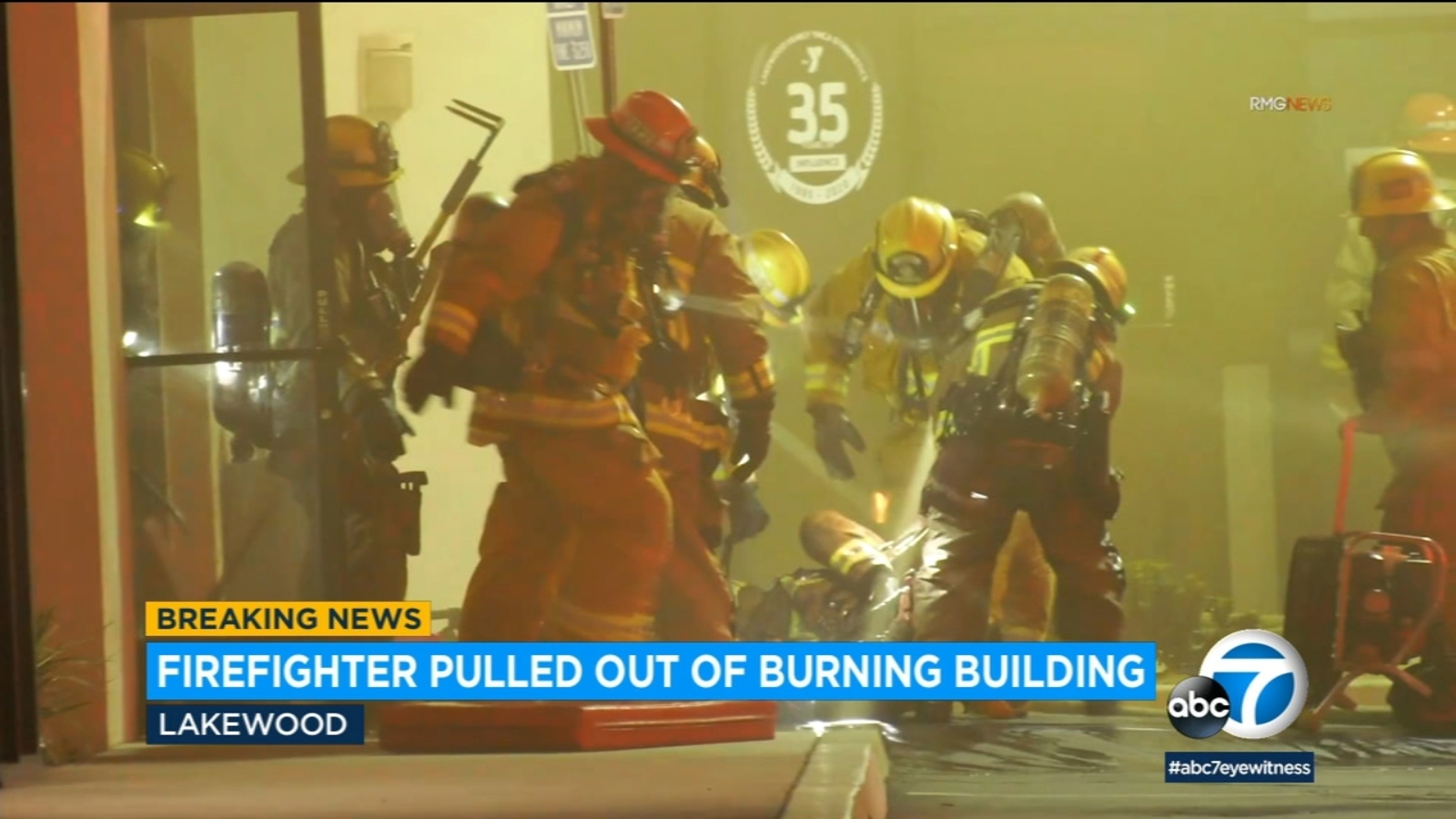 A Los Angeles County firefighter was hospitalized after being pulled out of a burning building in Lakewood Thursday morning.

LAKEWOOD, Calif. (KABC) — A man was found dead inside a Lakewood building Thursday morning after an injured Los Angeles County firefighter was rescued from inside while the flames were raging.

Crews were called to a YMCA gymnastics center near Lakewood Boulevard and South Street just after 1:30 a.m., according to the Los Angeles County Fire Department.

At one point during their firefight, crews had to shift focus to rescue one of their own trapped inside the building. The moment the injured firefighter was pulled outside was captured on video, which appeared to show the firefighter holding an oxygen mask to their face.

The nature of that firefighter’s injuries were not clear but they were rushed to the hospital.

Officials said a man, not a firefighter, was discovered dead inside the building. No other details were disclosed.

Sheriff’s deputies also responded to the scene after receiving reports of someone going inside the building before the fire started. It’s unclear if that individual was the deceased person.

The cause of the fire is under investigation.