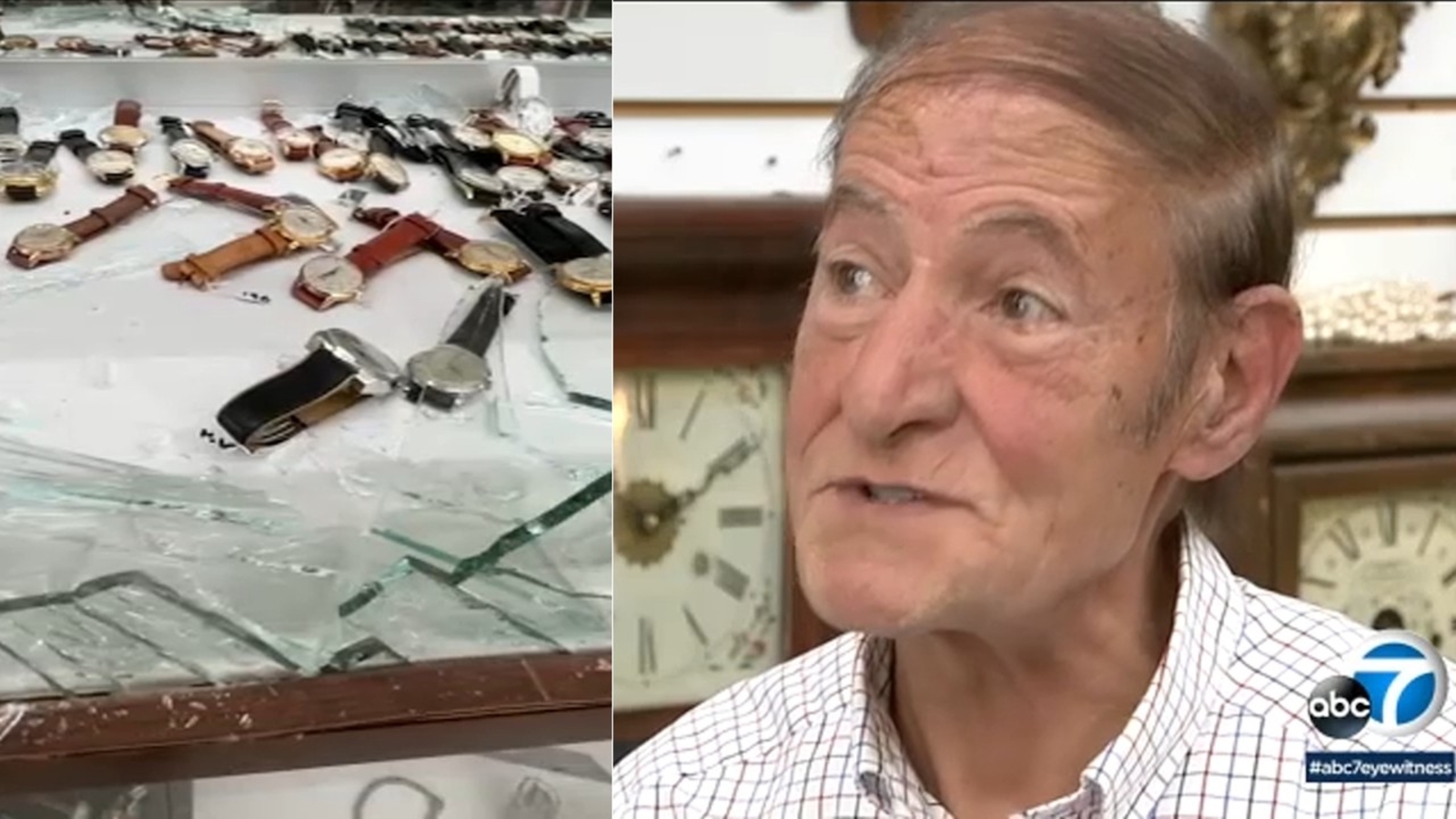 “All my life I love my business. Always I love my hobby,” Talasazan said.

This isn’t the first time Talasazan’s shop has been burglarized.

The suspects knew what they were doing, spray-painting the surveillance camera, breaking through the security gate and smashing cases, stealing over $30,000 worth of items.

The shop doesn’t just sell rare watches and pocket watches, but locks as well that Talasazan brought to the United States when he immigrated from Iran. He has had this shop for 40 years.

“Not about the money. But was very, very hard to collect those things. It was not easy – 45, 50 years ago, I start to collect and immediately I lose everything,” said Talasazan.

The community feels heartbroken over the burglary.

“This is was so heartbreaking for me personally,” said Menachem Kashanian, who worships at the synagogue next to the watch shop. “Although I’m not a client, I’m a community member that always says hello to him. He sits here. This is his hobby. This is his passion. It’s ingrained in him.”

“When you see him, he loves saying hello to everyone. Kind heart. And I just saw him start tearing up, an older guy tearing up, I feel like he’s my grandpa. Old Iranian guy. This is his passion. I had to do something,”

“We live in a community where this is so much love, but at the same time, people coming from outside the community to attack us,” said Kashanian.

Kashanian and other members of his congregation started cleaning up and launched a gofundme page.

“I love all of those people and thank you very much for support,” Talasazan said.

Another watch shop in the area had its cameras spray-painted early Sunday, but Talasazan’s shop was the only one that burglars gained access to.