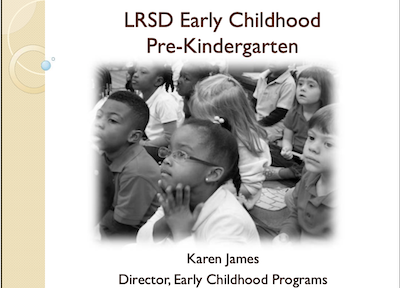 She used district credit cards for $230,000 in personal purchases.

The case has been bubbling since August 2018, when a district security officer filed a police report about the misuse of credit cards. She was issued a termination letter soon after but appealed to Education Secretary Johnny Key, then in charge of the district, and finally was allowed to resign her $108,000 job in January 2019. She surrendered her state teaching license in September 2020.

A news release from the U.S. attorney in Little Rock about the case:

A former Little Rock School District (LRSD) administrator  pleaded guilty to mail fraud this afternoon after spending over $230,000 of school district funds on personal online shopping. Karen James, 48, of Little Rock, who had been the Director of Early Childhood Education and Elementary Literacy for LRSD since 2010, entered her guilty plea today before United States District Court Judge Kristine Baker.

James managed procurement for LRSD’s early childhood education programs. As part of that job, she was issued two credit cards to make purchases for the early childhood programs throughout the district. These credit cards were funded by state and federal grants. James was required to read and sign several agreements that stated the cards could not be used for personal purchases or for the purchase of gift cards. LRSD also prohibited shipping items purchased with an LRSD credit card to one’s home residence. The district required James to document each credit card purchase by logging each transaction and providing a receipt or other confirmation of the purchase.

In August 2018, LRSD discovered that James was submitting fabricated receipts and false transaction logs. The receipts and logs were altered to reflect authorized purchases, but LRSD obtained the original receipts from vendors, which showed her actual purchases were for personal use. Many purchases were shipped to her home residence in violation of LRSD policy.

From August 2014 until she was detected in August 2018, James used her LRSD credit cards to shop online for herself. She spent over $4,000 at Wayfair on bath rugs, a recliner, and other home goods. She made 83 unauthorized purchases through PayPal totaling more than $27,000. She purchased 2,462 items on Amazon, spending over $199,200 on items such as clothing, makeup, housewares, knitting materials, pet products, and gift cards. The investigation has revealed $230,635.86 of fraudulent purchases. James’ plea agreement requires her to pay that amount in restitution back to the Little Rock School District.