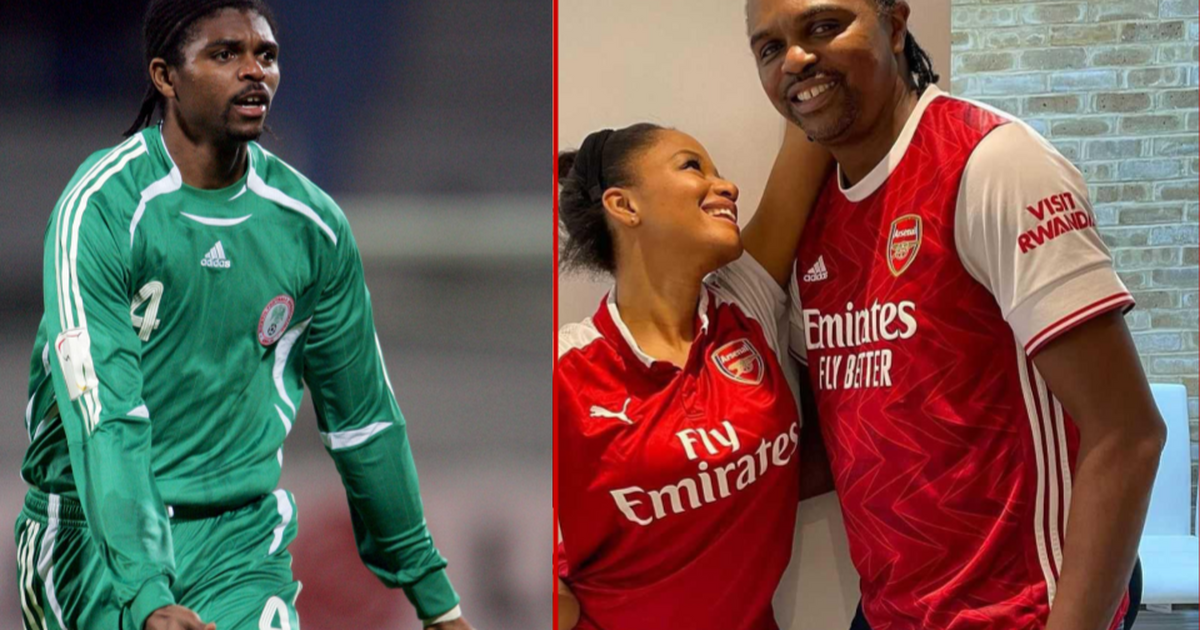 Kanu Nwankwo (famously called Papilo) is a former professional football star that played for the Super Eagles of Nigeria and club sides including Iwuanyanwu Nationale (now Heartland FC), Ajax, and Arsenal. He is regarded as a legend of the Nigerian national team and Arsenal FC.

Kanu enjoyed a hugely successful career, winning the UEFA Champions League, the English Premier League, and the Olympics amongst many other titles. Now retired, Kanu has turned his attention to business, philanthropy and ambassadorial activities.

How old is Kanu Nwankwo?

Kanu Nwankwo got his footballing education from Nigerian clubs Federation Works and Iwuayanwu Nationale (now Heartland FC). These clubs led to him representing Nigeria at the 1993 U17 World Cup where he was the joint top scorer with five (5) goals.

At Ajax, Kanu won the UEFA Champions League, the UEFA Super Cup, and the UEFA Intercontinental Cup all in 1995. He also won three consecutive Eredivisie titles between 1994 and 1996 before leaving in 1996.

Kanu had a brief spell at Inter Milan that was more notable for the discovery of his heart defect and subsequent operation and recovery that saw him not play football for about 8 months.

In 1999, Kanu finally left Inter Milan to join Premier League side Arsenal to play under Arsene Wenger. At the Highbury Stadium then, Kanu acquired the tag of a ‘super sub’, often coming on from the bench to score important goals.

In 2004, Kanu left Arsenal and joined West Bromwich Albion on a free transfer, taking in two years at The Hawthorns. His last major club was at Portsmouth where he spent another six (6) years before hanging up his boots in 2012.

A stellar football career saw Kanu win several individual awards ranging from his time with the national teams to club sides such as Ajax, Inter Milan, and Arsenal.

While Salary data for when Kanu Nwankwo played football is hard to come by, the Nigerian international was consistently one of the high earners at the clubs he played due to his obvious talent and impressive performance.

After proving himself, Kanu signed a new contract at Arsenal in 2000, which reportedly saw his salary increase to £25,000 a week.

What is Kanu Nwankwo’s Net Worth?

After a successful career financially, Kanu remains one of the richest footballers due to the money he earned while playing and other investments.

Kanu Nwankwo’s net worth is estimated to be about £7.49m. The former Super Eagles star has a host of investments, especially in Real Estate.

Kanu built a ₦400M hotel in Owerri as well as another 4-star hotel called The Hardley Apartments on Victoria Island in Lagos. He is rumoured to also have a chain of hotels in Dubai.

Kanu Nwankwo got married to Amarachi Kanu on June 26, 2004. Amara Kanu is an interior designer, author, and fitness & wellness coach.

Kanu has three children who are named Amarachi, Onyekachi, and Chukwudi. Kanu posts regularly about his wife and children on his social media accounts.

Kanu Nwankwo is not one to boast or show off his wealth as the former Super Eagles player seems to shun showing off too much affluence on social media.

However, it is believed that Papilo owns a ₦150m mansion at Opebi, Lagos State where he presumably stays. The former Arsenal star is also thought to have houses in his hometown Arochukwu and Ikoyi, Lagos.

Kanu Nwankwo is fairly active on social media with Instagram and Twitter accounts that he posts on from time to time.

The former Super Eagles star mostly posts about his Academy, off-field sports, philanthropy, business, and some throwbacks of his playing days.

He is of course still a fan of Arsenal and regularly posts about the Gunners.

After winning gold for Nigeria at the 1993 U17 World Cup, Kanu made his debut for the Super Eagles in 1994 in a friendly match against Sweden.

His next title with the national team, though not the Super Eagles, would come in 1996 when he was the star of the squad that won Africa’s first Olympics Gold medal in football at the Atlanta ’96 games.

From then on, Kanu’s Super Eagles career continued to be interesting, also winning the 2000 Africa Cup of Nations (AFCON) with Nigeria. The former Arsenal forward played at three World Cups (France ’98, Korea/Japan 2002, South Africa 2010) for the Super Eagles.

Nwankwo Kanu is solely focused on his life after football now he remains in the news. His Kanu Heart Foundation continues to generate traction and news as the survivor tries to provide help for others. He also often talks about Arsenal and the Super Eagles on his social media.