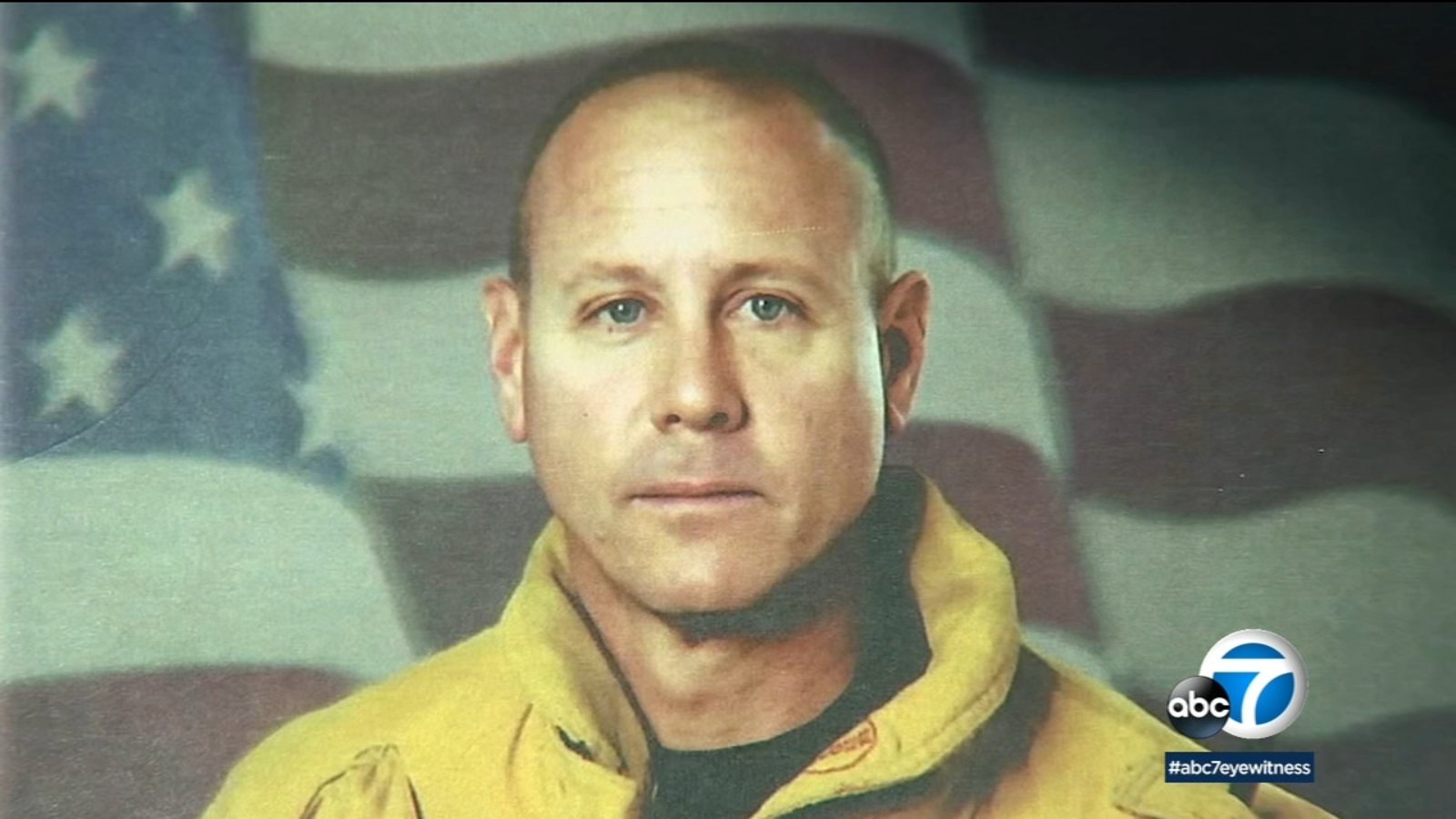 LOS ANGELES (KABC) — It has been more than three months since Los Angeles County Firefighter Jonathan Flagler died while responding to a house fire in Rancho Palos Verdes. A newly-released coroner’s report is revealing several eye-opening aspects about his death.

Flagler, 47, was among crew members from Fire Station 83 who responded to the blaze at a one-story home in the 30700 block of Tarapaca Road around 2 a.m. on Jan. 6.

Flagler walked into the burning home and never walked out.

People remembered John, as he’s known, as someone full of love, who served the community well.

He was a family man and to his family, he was so much more than a husband and a dad.

The way he died was not simple.

The medical examiner found Flagler had burns and inhaled smoke, neither of which were considered fatal.

His cause of death is what the report calls “cardiopulmonary arrest due to suffocation,” which was a result of “exhausting his compressed air supply while fighting a residential fire and due to the fact that his face mask was still in place.”

His air tank ran out.

Flagler also tested positive for COVID-19 while at the hospital.

The autopsy found some inflammation in his airway, suggesting it could be a contributing factor. A toxicology analysis shows Flagler’s system had medication and controlled substances, including methamphetamine. Its effects in the death, the medical examiner says, also cannot be excluded.

The medical examiner believes Flagler’s death was an accident.

Flagler’s family is planning to file a lawsuit against the county for alleged errors when firefighters battled the blaze.

“Our lawsuit will establish that the tragic death of Los Angeles County Firefighter Jonathan Flagler was caused when on-scene commanders failed to keep track of the firefighters inside the burning residence, maintain radio contact with those firefighters, and promptly rescue Jonathan. The autopsy concluded Jonathan died because he suffered a heart attack when he ran out of air, and there were no other conditions related to that immediate cause of death.”