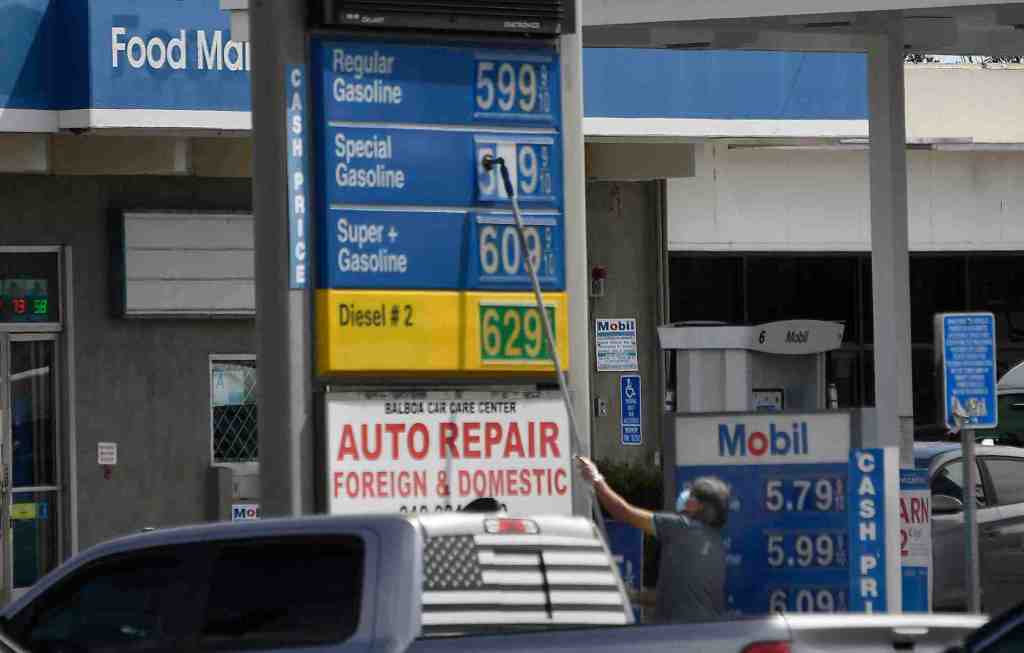 Over the past several months, gas prices have spiraled to new heights here in California’s 8th District and across the country. I have heard from countless people in our district who are suffering as a result, and countless more who are desperately seeking relief. Some seek to place blame, but most just want to know how we can fix it.

One year ago, as the weather warmed and summer stood just ahead on the horizon, the country hoped for an end to pandemic restrictions and a return to normal. Gas prices increased to a national average of $2.71, and that news created national headlines.

The series of factors which created that initial price increase made many hope that the rise would only be temporary.  The causes were a return to travel for many Americans, Russia joining with OPEC to limit exports, and the Biden Administration’s early executive orders banning new oil and gas leases on federal land, which sent a strong signal that U.S. domestic energy production would be suppressed.

In response to rising prices, President Biden removed sanctions against Russia’s NORD Stream 2 pipeline to Germany, increased Russian oil imports to the U.S. by 160% from 2020 levels (an average of 198,000 barrels of crude oil per day) and negotiated with OPEC to release more oil while simultaneously continuing the policy of reducing domestic energy production.

One year later, Russia invaded Ukraine in large part because American foreign policy blunders emboldened them to do so. Prior to the invasion, gas prices had already risen by 40 percent since the previous year due to inflation fueled by federal government spending. Currently, gas prices stand at an average of $4.12 nationally and $5.73 in San Bernardino County – an almost 63% increase from the January 2021 presidential order limiting production, even after the Biden Administration began releasing one million barrels of oil per day from the strategic reserve. This price increase is expected to cost the average American household an extra $2,000 a year.

Every day I hear heartbreaking stories from people struggling because of the high gas prices in our state. Chris from Barstow is considering getting a second job to help pay for the gas he needs to commute to his existing job. Bill and Norma in Victorville are on a fixed income and have tried to use public transportation to save costs, but in our large rural district that often isn’t feasible. Sheron is struggling to pay her bills even with government assistance, and Sheri called to ask me to urge the state to temporarily suspend the gas tax (following a failed State Assembly vote to do so, I joined my congressional colleagues in sending a letter to Governor Newsom asking him to do just that).

Regrettably, in the face of these high prices the Biden Administration has continued its policies to suppress domestic energy production, turned to Venezuela as a potential new source of oil, sought to mend relations with Saudi Arabia, and requested that OPEC boost their oil production further. These proposals will unfortunately make America less safe, less self-sufficient, and less affordable in the long run.

If history has taught us anything, it is that American reliance on foreign energy is detrimental to our national security and to our economy. Price instability, supply changes, and the volatility of foreign oil only lead to increased international conflict. Additionally, America’s innovation in energy production over the past 50 years has made energy produced here much cleaner than products produced in other countries. For example, the American natural gas exported to Europe is 41 percent cleaner than current Russian natural gas pipelines to the same destination, while heavy crude oil produced in Venezuela has 50 percent higher life-cycle emissions than light crude oil produced in Wyoming.

There are also lessons to be learned from California’s mishandling of the energy industry over the past several decades. Aggressive regulations, taxes and environmental fees have left our state with gas prices roughly $1 higher than the national average. In addition, our home energy costs are some of the highest in the country, yet our grid is habitually unreliable. We often experience brownouts and blackouts when temperatures rise because we have insufficient energy to meet the demand, while the high price of energy has simultaneously made it easier for families to slide into poverty and harder for them to claw their way out.

We in California have had firsthand experience with these disastrous policies. If California’s failed experiment with energy production has taught us one thing, it is that we should not continue exporting our state’s war on energy to the rest of the nation. Instead, we should support a market-based approach to American energy and expand domestic production to ensure American energy independence.

In doing so, we will lower total global emissions by using American technology instead of dirtier foreign alternatives, and capitalize on American innovation to create jobs, lower prices, and export our energy and our technology to the world. We can both make America safer and roll back the skyrocketing prices that are hurting families across our nation.

As we debate this issue in Congress and work to combat rising prices, I will continue to ensure your voices are heard and to fight for policies that will lower the gas prices we are paying here in California’s 8th District.  We also need to tame inflation and the rampant deficit spending causing it to put our nation back on track for a stable and secure future.

We can and must act now to protect the millions of American families suffering because of a problem caused by their own government.