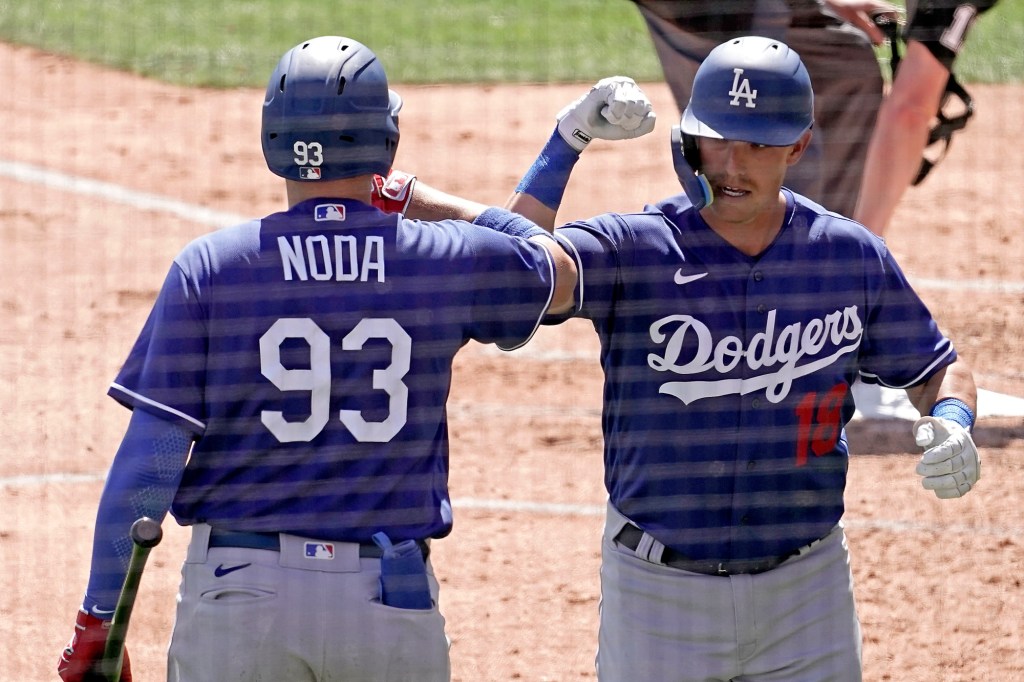 GLENDALE, Ariz. — There is a clear line of demarcation in Jake Lamb’s career.

But his left shoulder became a problem in 2018. He spent six weeks on the injured list with a sprained AC joint then had season-ending surgery in August to repair a frayed rotator cuff.

Since returning from that surgery, Lamb has been a .193 hitter with a .667 OPS and 16 home runs over three seasons. No longer an every-day player, he bounced from the Diamondbacks to the Oakland A’s to the Atlanta Braves to the Chicago White Sox to the Toronto Blue Jays. He has been released three times in the past two years before signing a minor-league contract with the Dodgers shortly after the lockout ended.

It’s almost as if Lamb has been two different players.

“A hundred percent,” he said emphatically to that. “When you’re going through it, you do everything in your power to say you’re fine, say you’re strong, say you’re healthy. But in ’18 my shoulder hurt all year. It was uncomfortable. It was in a bad spot. Then in ’19, it didn’t hurt but it wasn’t strong and it didn’t feel like it was in the right spot. There was no pain and so for me personally if I don’t have pain it’s hard for me to understand what’s wrong. But looking back I just wasn’t strong with the back shoulder and that back shoulder is what drives a baseball swing.

“Looking back on it, ’18 and ’19 were tough then ’20 (the pandemic-shortened season) I was healthy, I just didn’t play well. Last year was kind of my first year experiencing a bench role. There was a lot of learning.”

One of the things Lamb says he learned was less about baseball and more about life – “Everyone has a different path.”

The 31-year-old Lamb says he knows now that his path cannot take him back to 2017. He acknowledges that it was a big mental step when he realized that.

“It is. Those were some serious mental demons I had to fight,” he said of his journey the past three years. “Any time I made a swing change and it didn’t work, I just wanted to go back to what I was thinking back then. But I had shoulder surgery. It was different. Things moved differently.

“My mind – I can’t speak enough to that – is in a much better state. I feel I’m stronger than I was back then. My swing is in a better spot. Now it’s just about going out there and showing that.”

He has shown it this spring – probably enough to win a spot on the Dodgers’ bench to start the season. He has gone 8 for 19 (.421) in his first eight Cactus League games, leading the Dodgers in hits this spring and driving the ball for two doubles and two home runs. He has also played right field – something the pre-shoulder surgery Lamb was never asked to do.

“I just really like players that have been through the gauntlet in their careers,” Dodgers manager Dave Roberts said. “He was a young prospect, one of the faces of the franchise. He was an All-Star. Then he had injuries and his career took a different path. There’s been a lot of growth in him as a person – self-admitted.

“Right now where I see him, he knows exactly who he is as a major-league baseball player. From the person to the mechanics to everything. And it’s really easy to see that. To me, he’s a major-league player on a championship team. How that kind of plays out for us – I don’t know that answer right now. But I’m happy I got a chance to get to know him and see him work. I really believe he can be an impact player.”

Lamb believes that, too. He signed with the Dodgers because “to be completely honest, I didn’t have a whole lot of other options – that’s just me being real.” But he came to camp feeling he has “so much left in the tank.”

“I feel healthy, strong,” he said. “I’m down for whatever, whatever role, wherever they place me. I’m ready to go.”

During his days with the Diamondbacks, Lamb saw enough of the Dodgers to recite the list of players whose career trajectories have been changed by the team – “Max Muncy, Chris Taylor, Justin Turner just to name a few guys from the offensive side.” Those three have all become All-Stars with the Dodgers but Lamb said he is no longer focused on recapturing the All-Star he once was.

“I can be better. But that was then. This is now.”

When the spring schedule started, Roberts said he didn’t expect his starting pitchers to have time to build up and be ready to throw as many as five innings in a game at the start of the season. That has changed.

In order to deal with less length from their starters, the Dodgers plan to have several pitchers able to cover multiple innings with some of them doubling up in individual games. For example, Tony Gonsolin and Tyler Anderson will both pitch in Tuesday’s Cactus League game. Julio Urias and David Price are both scheduled to pitch Wednesday.

“As far as the ‘piggyback,’ we don’t have a particular 1 and 1B or 2 and 2B dedicated for that game,” Roberts said. “But we have guys that are going to pick up length innings after (starter) 1, 2 or 3, whoever that might be.”