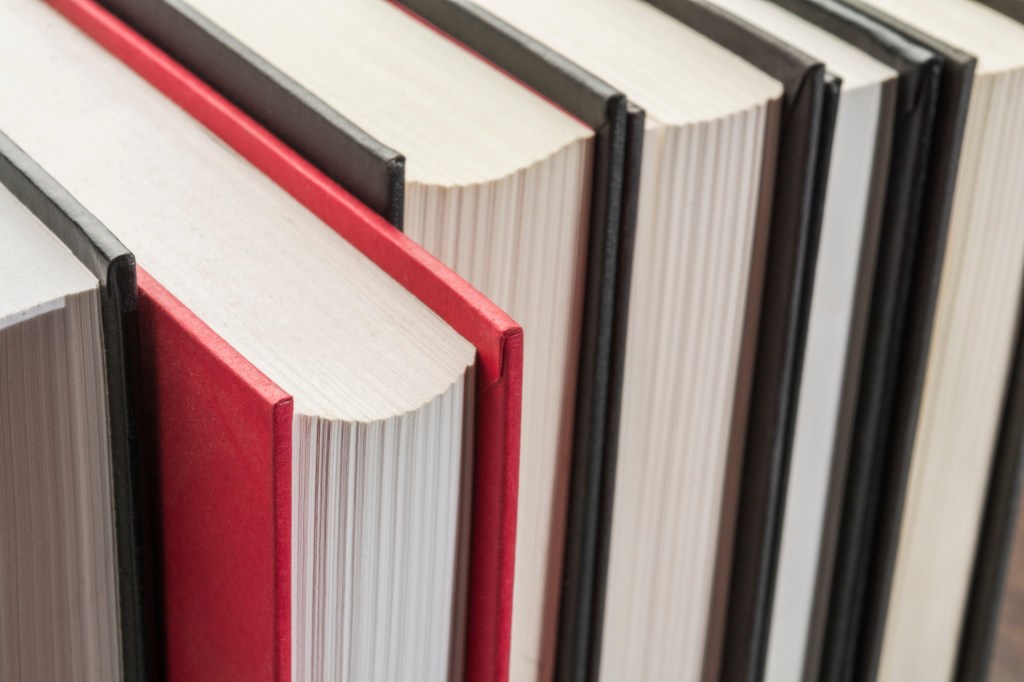 It’s Banned Books Week, so to find out more about our current state of affairs and what the event hopes to achieve, I reached out to my favorite kind of expert: A librarian.

“Banned Books Week is a celebration that libraries do every year. It’s really a celebration of our right to read whatever we want. It’s sponsored by the American Library Association, so lots of libraries across the country celebrate that week every year,” says Kelly Tyler, Principal Librarian Youth Services for the Los Angeles Public Library.

While she was aware of only one recent local challenge against a title, Tyler says the current trend shows that challenges to books are on the rise, not the decline — something documented in a newly-released PEN America report about school book bans.

“The American Library Association does track this across the country, and it has been trending upwards. We anticipate that 2022 will outpace 2021 in terms of the number of challenges, or bans, that we’re going to see this year,” Tyler says.

Tyler, who co-edited a 2014 book called “Intellectual Freedom for Teens: A Practical Guide for Young Adult & School Librarians,” says that instead of a lone patron coming in with a complaint about a book, some places people are coming in with lists of books they object to.

“You go and look at the list and it’s concerning to see how many are written by authors of color, BIPOC authors, or authors who are writing about, you know, they’re somewhere on the LGBTQIA spectrum,” says Tyler about the Top 10 list of banned books.

What exactly constitutes a challenge? “In the case of, say, public libraries, someone might come in, and they want to see the item moved, they want to see it removed from the collection altogether, or they want us to restrict access. So that would be considered a challenge. But banning the book would actually mean that then that library, or in some cases, the school, would actually ban or remove that book, from a curriculum, from a library, or from a collection.”

While a book may survive a challenge, I asked Tyler if complaints can have a chilling effect of their own.

“Librarians are always talking about and trying to be very aware about what we would call self-censorship, right? We don’t want to not bring something into our library branch or our collections, because we’re worried about, you know, potential outcry based on cover art or what’s inside a book. Because of course, what we want is for everybody to have the ability to choose for themselves and for their own families,” she says. “I mean, the wonderful thing about L.A. is it’s so diverse, right? Everybody has different tastes and different opinions about what they want to read. So we want to make sure we’re making something available for everybody.”

What’s abundantly clear, however, is that these challenges are largely targeted at specific groups: the LGBGT+ community and people of color.

“If you look at the top 10 list of challenges, it doesn’t escape anybody who observes that the authors are majority BIPOC authors, you know, writing about a variety of different experiences. So yeah, that’s definitely concerning,” says Tyler.

In a piece just out in The Atlantic, writer Connor Goodwin looks at not only the book challenges one hears about – which can spur book sales – but the ones you don’t. Those challenges can have devastating effects on authors. Goodwin shares the story of Trung Le Nguyen – the author of a book we covered, “The Magic Fish,” one of 414 removed in a Texas school district – and of author Margaret Stohl, whose chapter book “Cats vs. Robots” was banned in a Missouri school district for featuring a nonbinary character based on her own child.

In the piece, Stohl says with stunning clarity, “They were not banning a book — they were banning an identity.”

While Tyler says the LA Public Library strives to represent the diversity of the communities it serves and show support for authors by purchasing their books, there are things the public can do, too.

“The more that we can read widely and really look beyond just reading authors who look like ourselves, whatever our background is, the better,” she says. “Books have always been a portal, a portal into other worlds, a portal into other experiences. And I think, as long as we continue to do that, it’s only going to help.”

LAPL is making that easier by maintaining a digital collection of banned books that are always available as e-books. So readers know there’s always a place they can find the books they want to read.

“Every family should have the right to choose for themselves. That’s the whole point: You should be able to explore in whatever direction you want,” Tyler says. “If people don’t want to read it, they don’t have to read it. But it needs to be available for those who do want to have access to those stories or who do want to see themselves in books.”

For more, check out the Banned Books Week website.

Friday’s events are virtual and will stream on YouTube while Saturday’s activities will once again be in person at downtown LA’s Central Library with some events also streamed.

Phoebe Guiot, acquisitions manager at the library, said they’d had requests from schools in Southern California as well as Oregon and Illinois to stream Friday’s programming in class. Guiot said she and her colleagues were able to pack up 41 sets of books and art supplies and mail them off to students.

“We were able to send them art supplies, and thanks to a donation from one of our other divisions, we were able to give a book to each student in the class to the select classrooms,” she said. “That’s super fulfilling and rewarding to get those emails from the teachers with photos of their students with their books.

“For some, it’s the first book that they’ve ever owned, and to be able to do that for them, to be part of that, was really wonderful.”

Go to the website for more information on the books, schedule and authors and performers — and to see the great artwork from illustrator and former LAUSD teacher Leo Espinosa.

Have any book recommendations? Please send them to epedersen@scng.com and they might appear in the column.

Thanks, as always, for reading.

Author Deesha Philyaw shares a monster of a book

Deesha Philyaw is a familiar and welcome name in the Book Pages. She made time to speak to us recently about the LIT 16 project, which she launched with Kiese Laymon and Robert Jones Jr. to celebrate debut writers. She’s also a partner in the Ursa short story project with novelist Dawnie Walton. Philyaw’s wonderful debut story collection “The Secret Lives of Church Ladies” won several major awards and was a finalist for the National Book Award. Here, she shares some of her favorite books in the Q&A.

Q. Is there a book or books you always recommend to other readers?

There are two: “The Fatherless Daughter Project: Understanding Our Losses” and “Reclaiming Our Lives and Attached: The New Science of Adult Attachment and How It Can Help You Find – and Keep – Love.”

Q. What are you reading now?

Q. Do you remember the first book that made an impact on you?

Yes! “The Monster at the End of This Book” starring lovable, furry old Grover.

Q. Do you listen to audiobooks? If so, are there any titles or narratorsyou’d recommend?

I’m totally biased, but Janina Edwards is the narrator for my audiobook, and she’s phenomenal. And I highly recommend Mariah Carey, Viola Davis, and Jennette McCurdy’s memoirs, read by them. Currently, I’m listening to the audiobook for Ann Petry’s “The Street.”

Q. Which books do you plan, or hope, to read next?

The next book on my to-read list is Monica Prince’s forthcoming choreopoem, “Roadmap.”

I read Sapphire’s “Push” in less than 24 hours. I remember staying up all night reading it, and then crying and not being able to sleep, despite being exhausted. Precious, (the main character) and the other characters were so real, and their suffering, as Sapphire wrote it, was devastating. That book devastated me.

Why Scott Turow made an “audacious” choice for his new thriller “Suspect.” READ MORE

The top-selling books at your local independent bookstores. READ MORE

What’s next on ‘Bookish’