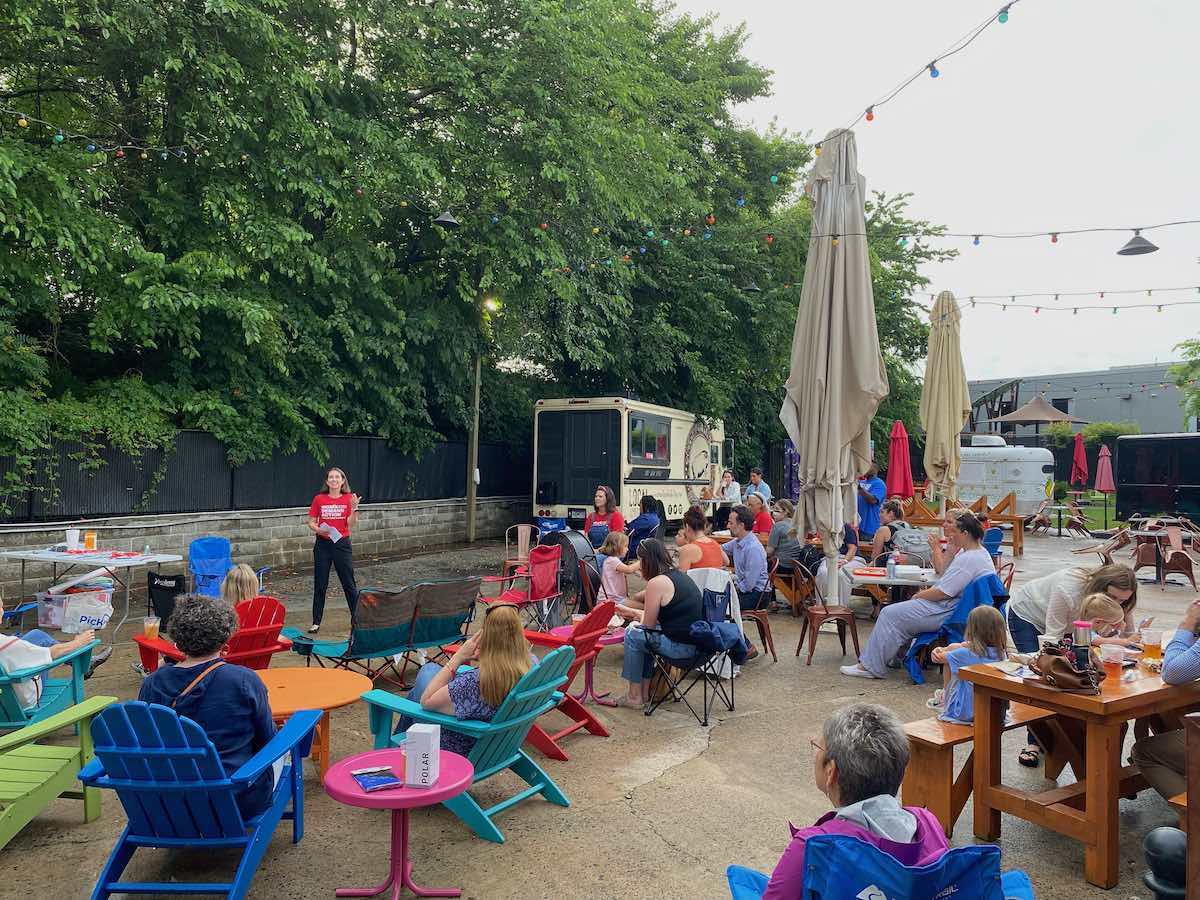 Putting more guns in schools rather than keeping them out is a dangerous strategy that goes against all evidence on proven ways to keep students safe. That’s the assessment from the lively and determined parents, students and supporters of Arkansas’s Moms Demand Action and Students Demand Action chapters.

Fewer guns, not more, is the solution we should be pursuing, they said in reaction to a draft report issued yesterday from the Arkansas School Safety Commission.

“Far more needs to be done to keep our children safe in and out of the classroom, but militarizing their schools is not the answer,” said Anna Morshedi, the Little Rock local group lead for Moms Demand Action. “Increasing the presence of armed personnel in schools does little to prevent gun violence, and it poses an additional risk to the wellbeing of students of color. We need lawmakers to address the root cause of the problem and stop guns from coming into our schools in the first place.”

Shaped by rightwing ideology and the governor’s directive to somehow prevent gun violence without considering the guns, the commission’s work since 2018 has been ineffective, insulting and an obstacle to any real strides toward protecting our kids in the classroom. By focusing on mental health instead of on easy access to guns, the commission has arguably made our schools less safe. Spinning the debunked fantasy that we can counsel our way out of a school shooting epidemic without regulating the guns at the locus of every massacre is blatant gaslighting by people working hard to safeguard cheap and easy access to firearms.

The Arkansas School Safety Commission met multiple times in 2018 after the Parkland shooting at Florida’s Stoneman Douglas High School, and reconvened this summer after the massacre in Uvalde. During both rounds of meetings, commissioners were presented with and disregarded overwhelming evidence that putting more armed guards in schools not only won’t deter shooters, but could make shooting incidents worse.

Ignoring evidence from the likes of the Journal of the American Medical Association, university researchers and other experts who actually know what they’re talking about, these Hutchinson appointees followed marching orders. Citing their own personal beliefs while ignoring facts and data, commissioners keep pushing the debunked red herring that mental health is the real problem here. They recommended arming a growing cadre of minimally trained but fully armed “good guy” gunmen in our children’s schools. What they willfully failed to do was to even acknowledge the easy access to guns that fuels America’s epidemic of school shootings.

Governor Hutchinson has worked with and for the NRA throughout his career, and even invited them to set up shop here in Arkansas in 2020 when the New York attorney general turned up the heat on the NRA’s shady finances. It seems likely Hutchinson is keeping some career options open with the NRA should his presidential aspirations fall flat. Arming more school guards means more gun sales, you see.

Anyway, I digress. The Moms and Students say it better. Here’s their full statement:

The Arkansas chapters of Moms Demand Action and Students Demand Action, both part of Everytown for Gun Safety’s grassroots network, issued the following statement today in response to the release of the Arkansas School Safety Commission Interim Report recommendations. The recommendations outlined in the report revolve heavily around maintaining an armed presence in every school, including a dangerous program that has been used to arm teachers and school staff. Noticeably absent from the recommendations is any policy to prevent guns from coming into Arkansas schools.

“Students deserve to learn without fearing for our lives,” said Jayce Pollard, a volunteer with Students Demand Action in Arkansas. “And that means real gun safety solutions, not more guns and more officers in our halls.”

“Far more needs to be done to keep our children safe in and out of the classroom, but militarizing their schools is not the answer,” said Anna Morshedi, a volunteer with the Arkansas chapter of Moms Demand Action. “Increasing the presence of armed personnel in schools does little to prevent gun violence, and it poses an additional risk to the wellbeing of students of color. We need lawmakers to address the root cause of the problem and stop guns from coming into our schools in the first place.”

In light of the shooting at Robb Elementary School in Uvalde, Texas, conversations on school safety have been reignited around the country. While any school safety plan must be tailored to the specific needs of the district, in order to effectively address violence in schools, lawmakers must prioritize implementing solutions to address the common denominator in all school shootings: easy access to guns by those at risk of committing harm. Research shows that the best way to protect children and teens from accessing guns is to implement secure firearm storage practices. An estimated 54 percent of gun owners don’t lock all of their guns securely and at least 4.6 million children in 2021 live in a home with at least one unlocked and loaded firearm.
Next week, the Arkansas legislature will return to Little Rock for a special session. Among other issues, lawmakers will consider providing $50 million for a school safety grant. This funding should be used to support evidence-based policies that can help keep guns out of schools, including secure firearm storage and threat assessment programs. Additional school safety policy recommendations are outlined in Everytown’s Keeping Our Schools Safe Report.