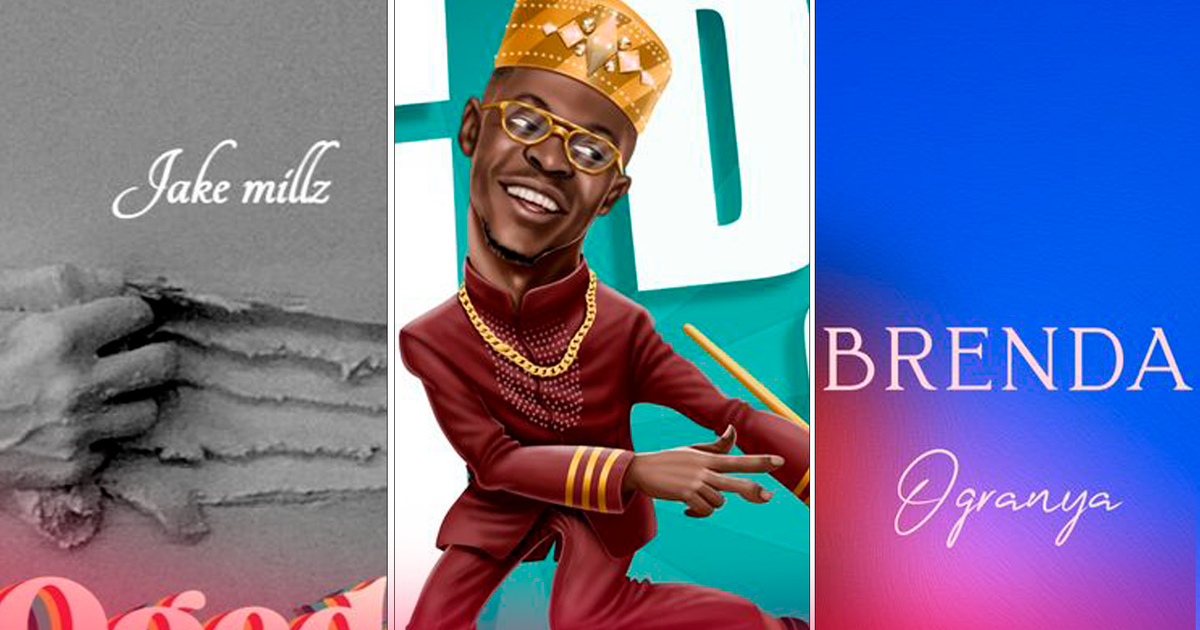 Why does it matter?:

With her Future Sounds playlist, Pulse Nigeria aims to find and highlight up-and-coming artists whose sounds should rule the future in a market where customers are always looking for new talent but have little opportunities to see it shown. Ten new tracks have been added to the Future Sounds playlists. We look forward to your responses.

Testimony Jaga, a well-known gospel music minister in Nigeria and a member of the Christ Embassy, just published a new song titled ‘I Don’t Care.’ Testimony Jaga, also known as Salau Aliu Olayiwola, is a Christian singer who was raised as a Muslim and presently sings Christian music.

Ogranya Jable Osai, also known as Ogranya, is a Nigerian singer who combines Afrosoul, R&B, and jazz in her music. He works as both a musician and an architect, and he has two Nollywood film writing/performance credits from Lara & The Beat and Angels & Martyrs.

‘Brenda,’ Ogranya’s first single release for the year, arrives this week, following his 2021 ‘Music Don’t Stop‘ single. The new record, on the other hand, is a fantastic jam for your listening pleasure.

Jake Millz, a rising Nigerian artist, has released his first single of the year, ‘Ogede.’

‘Ogede’ is a sweet Afropop song. An ode to the artist’s lover, laced with sweet melodies and enticing lyrics beckoning his lover to seek affection and abode in his arms.

Jake Millz, born ‘Favour Jacob Daniel,’ is a native of Bayelsa State in Southern Nigeria. Influenced by musicians such as Timaya, Duncan Mighty, Burna Boy, and other established South-side artists, Jake Millz is on his way to joining the region’s ever-growing list of superstars.

Shaun Mbah discovered music in 2015 while studying at a Nigerian university under the alias ‘King Shaun.’ Shaun Mbah is still passionate about making music because it is his own way of communicating and expressing his innermost thoughts.

Osebeats produced his new single ‘Oxygen,’ which features Eeskay. It’s an alternative R&B song with a chorus that addresses Shaun’s need for fresh air as a remedy for his asthma brawl. The song also addresses issues of pressure from love, relationships, and life.

Tariq Oluokun, also known as TAR1Q, is a multi-talented artist and songwriter drops ‘Bad Intentions’ off his debut EP ‘Son of the Moon.’

Spyro, a promising and ambitious record maker, returns to the music scene with this stunning song titled ‘Billing.’

Because of its catchy lyrics and rhythms, this song will undoubtedly become another street anthem.

Phaemous, a talented singer, has a new song out called ‘Gbedu,’ which features Tim Lyre. The new song is a vibe, and he dedicates it to his fans.

‘Gbedu‘ is a fantastic track that follows his previous release Sapio-Medula and is his third track of the year.

Z’Bah, a newcomer and rising Afrofusion artiste, makes her debut in the Nigerian music industry with the release of her debut – first official single ‘WKND.’

Z’Bah is a delightful singer with a soothing voice. Her love of music began when her late father introduced her to the classic music of the legendary Michael Jackson, the iconic Asa, and other legacy musicians when she was a child.

Z’Bah music is best described as Afro-fusion, a distinct blend of Afrobeats, R&B, and Pop sounds. She admires the work of contemporary female artists from around the world, such as Billie Eillish and Tems. Listening to them gives her ideas.

Here is another powerful record we discovered this week. Afeez Olakunle Adewale who is best known as Blakboykay teams up with Melon for ‘Green Light.’