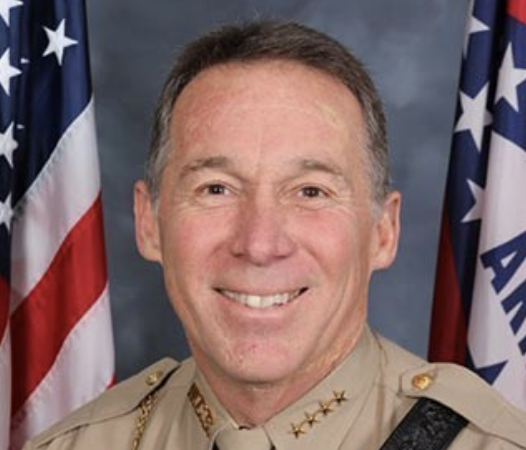 He spoke about it yesterday to the 40/29 and also to a Senate Judiciary Committee dog-and-pony show that mostly seemed a setup for the eternal Arkansas push to lock up ever more people, in privately run jails if need be.

What I don’t see being discussed is how much jail crowding can be put down to populations of minor drug offenders, people held for failure to appear and people not yet adjudicated who can’t afford bail. Maybe that’s not a big problem in Washington County or elsewhere, but it deserves analysis before yet more jail and prison expansions. Arkansas is one of the most incarceration-crazy jurisdictions in the country. Its usefulness as a crime-fighting tool is suspect.

Not to worry. Helder wants to use federal COVID relief dollars to build his new prison palace. High irony in that, given his record on COVID treatment.

Do you really you want to give Tim Helder more inmates to abuse sith dubious medical treatment — Ivermectin rules — and other medical services that multiple court filings have depicted as cruel and unusual.

By the by: Did you know that Helder is actually a member (board secretary) of the Washington Regional Medical Center? Happily, the Med Center isn’t on the Ivermectin wagon train. Its COVID unit physician, Dr. Michael Bolding, even spoke to the city Health Board against use of the deworming agent. It’s not a proven treatment, he said. From a Democrat-Gazette account:

Oftentimes the doctors prescribing ivermectin to patients are not the ones seeing people in the hospital, Bolding said. The majority of people with covid-19 don’t end up in the hospital anyway, so saying an unproven drug helped is misleading, he said.

“You could literally give them Skittles, and 85% of people who don’t end up at the hospital say those Skittles just saved my life,” Bolding said. “That’s not how we do data. You have to have placebo run-ins and trials.”

Sheriff Helder is a staunch defender of the doctor who prescribed the drug to hundreds of his jail inmates without their knowledge. An ACLU lawsuit over this is pending.