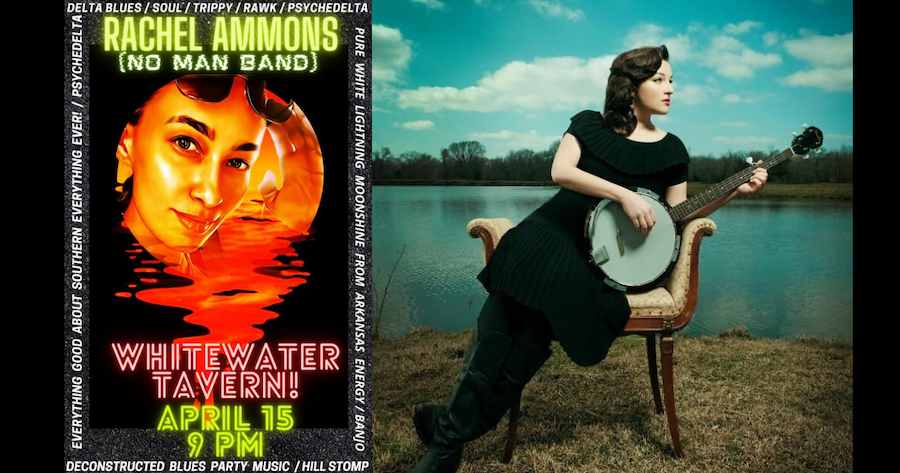 Friday night in Little Rock is solid, y’all. Bonnie Montgomery is playing an 8 p.m. free show at Argenta Plaza after a previously scheduled date for the ACANSA Festival fell off the calendar when inclement weather hit. Details:

Arkansas’ own Bonnie Montgomery will perform her unique blend of folk, country and bluegrass in her award-winning style under the stars at The Argenta Plaza, Friday, April 15, in conjunction with Argenta’s 3rd Friday Art Walk. This concert is free and open to the public due to support from Alessi Keyes Construction and the Argenta Downtown Council.

With roots in White County, Arkansas, and a firm foothold on forward-thinking audiences in Texas, Montgomery is armed with a poet’s phrasing, a soprano’s crystalline timbre and a revolutionary’s spirit, and her repertoire ranges wherever it damn well pleases — from high romantic ballads swaddled in violins to fiery anthems of dissent to spaghetti western-inspired vignettes.

The Argenta Plaza is an open-air venue located in the Argenta Arts District of downtown North Little Rock in the midst of galleries and other establishments that exhibit visual art works during the recently-reinstated 3rd Friday Art Walk. More information and a map of exhibiting spaces are available at https://argentaarts.org/.

Concert-goers and the general public can access more information about the event at www.acansa.org or by calling ACANSA’s office in Argenta at (501) 663-2287.

And the mighty Rachel Ammons is playing the White Water Tavern at 9 p.m. You can make both! Ammons’ music is what blues sounds like in a bar on the moon in the year 2100.

Acoustic guitar supergroup Finger Food is picking at The Joint for the Argenta Acoustic Music Series.

Conway folks, swing by the UCA Ampitheatre and catch one of my new favorite local bands, Thisness. Behold: