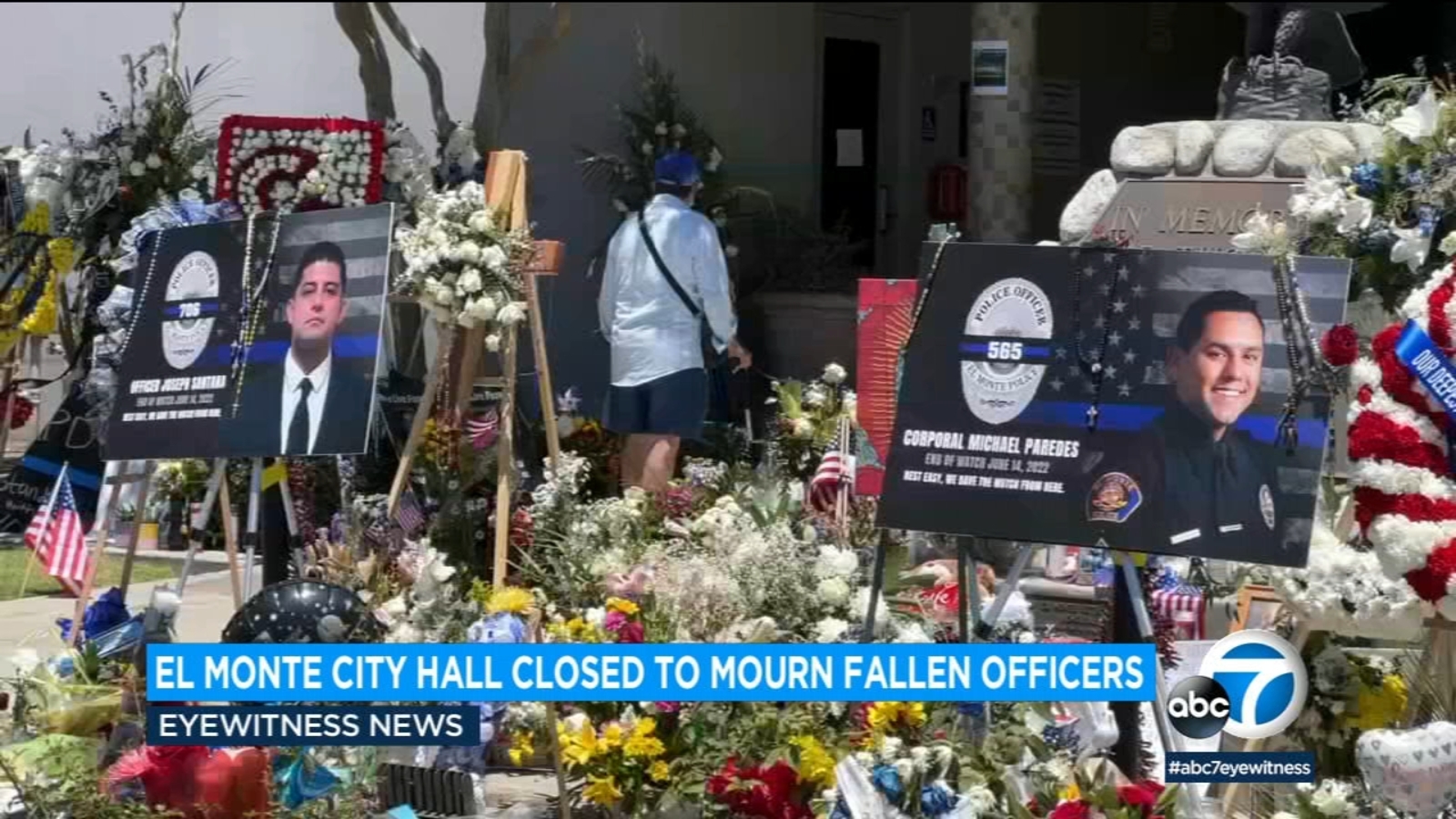 EL MONTE, Calif. (KABC) — El Monte City Hall and all city facilities reopened Tuesday after closing to the public in remembrance of the two police officers killed in the line of duty last week.

Corporal Michael Paredes, 42, and Officer Joseph Santana, 31, were shot and killed while confronting a stabbing suspect.

The suspect, Justin Flores, 35, died by suicide at the scene, the coroner’s report said.

Counseling services and lunch were provided for city staff and employees.

A public candlelight vigil for the slain officers was held Saturday evening on the front steps of the El Monte Civic Center.

City Hall and all public facilities had been closed on Monday.