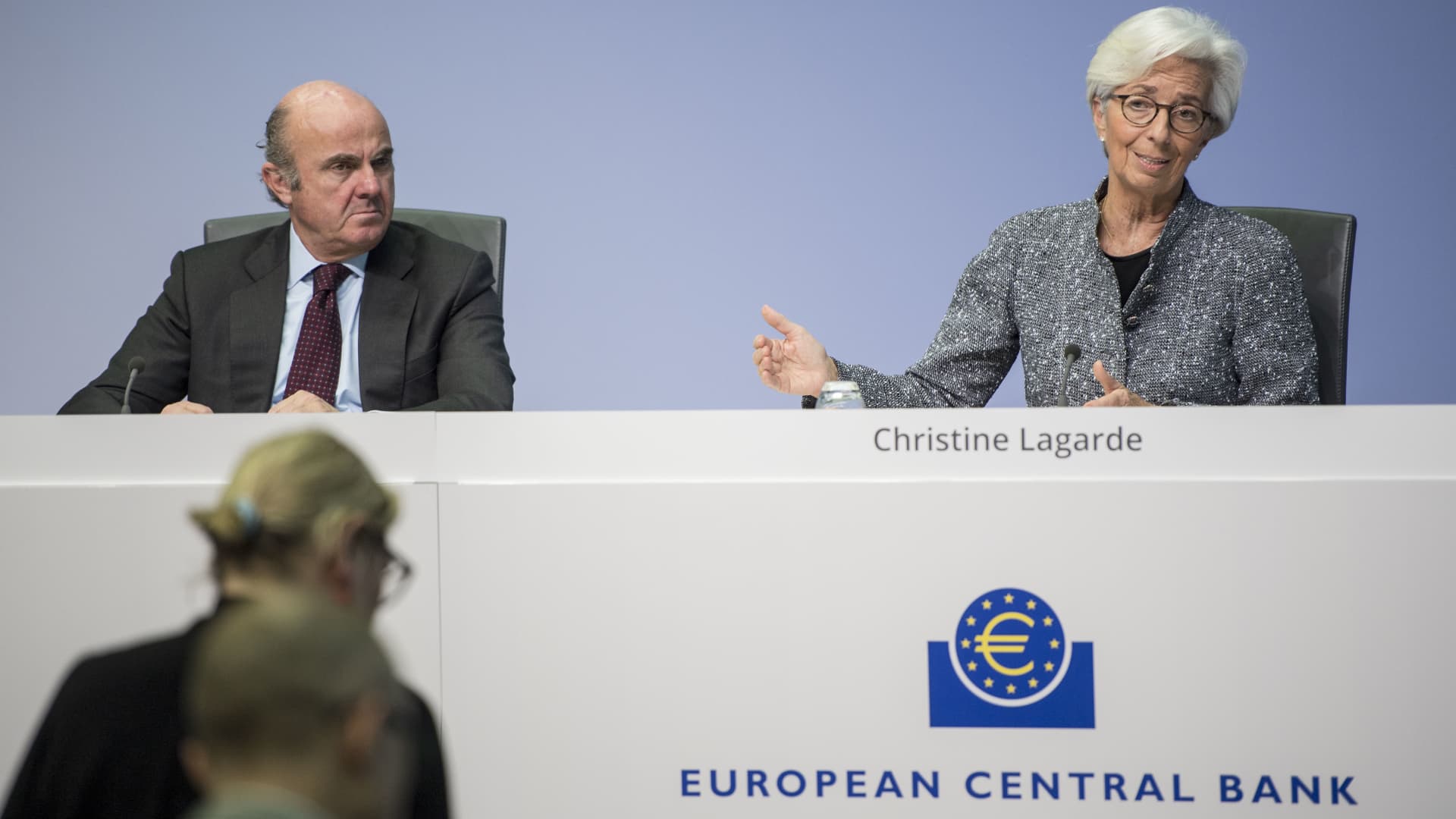 The pan-European Stoxx 600 provisionally ended up 0.68%, with travel and leisure stocks gaining 3.19% while technology dropped 0.46%.

The ECB kept its monetary policy unchanged but confirmed it will end its bond buying in the third quarter. Once the bond buying program is completed, the ECB is expected to begin hiking interest rates, following the same path as the Bank of England and the U.S. Federal Reserve.

“With market-implied pricing already pointing to a July rate lift-off and a total of three rate hikes this year, we see limited scope for any hawkish rhetoric to push pricing higher.”

“Any adjustments to the key ECB interest rates will take place some time after the end of the Governing Council’s net purchases under the APP and will be gradual,” the ECB’s Governing Council said.

Gurpreet Gill, macro strategist at Goldman Sachs Asset Management, said the next milestone in the ECB’s policy normalization program will be a decision on the pace of asset purchases next quarter, and that this will likely be the focus at the central bank’s July meeting.

“With market-implied pricing already pointing to a July rate lift-off and a total of three rate hikes this year, we see limited scope for any hawkish rhetoric to push pricing higher,” she added.

In terms of individual share price movement, Hungary’s Wizz Air closed at 8.4% after its post-close trading statement. Atlantia gained 4.3% after the Benetton family and U.S. investment firm Blackstone tabled an offer for the Italian road and rail firm.

Swedish telecoms company Ericsson dropped 8.2% after warning that it will likely be fined by U.S. regulators for its handling of a bribery investigation in Iraq. The company also reported a fall in quarterly earnings following its exit from Russia.

Investors in Europe are also monitoring the war in Ukraine. A Russian missile cruiser was attacked and damaged by Ukrainian forces in the Black Sea early on Thursday, forcing the entire crew to be evacuated.

In other news, a sixth Covid-19 vaccine has been approved in the U.K., after the country’s health regulator gave the green light to French company Valneva‘s shot.

Shares in Asia-Pacific were mostly higher on Thursday as investors reacted to monetary policy tightening announcements by central banks in South Korea and Singapore.

Carolina Moura-Alves, head of asset allocation at Quintet Private Bank, told CNBC on Thursday that banks would not benefit as much from the impending rate hiking cycle as they had in previous ones. By contrast, she suggested that tech stocks could offer an upside surprise.

“There are a few challenges and the result JPMorgan put forward yesterday, I really talk about late cycle dynamics which perhaps will not be as favorable for banks as previous hiking cycles in history,” Moura-Alves said.

“Tech suffered from the repricing of the yield curve from the higher discount rate because it is a longer duration sector, compared to other sectors in equity markets, and as we now approach a situation where the market has a good handle on how the Fed will go going forward, repricing has happened and perhaps there is even an opportunity for some dovish surprises down the line.”

Subscribe to CNBC PRO for exclusive insights and analysis, and live business day programming from around the world.