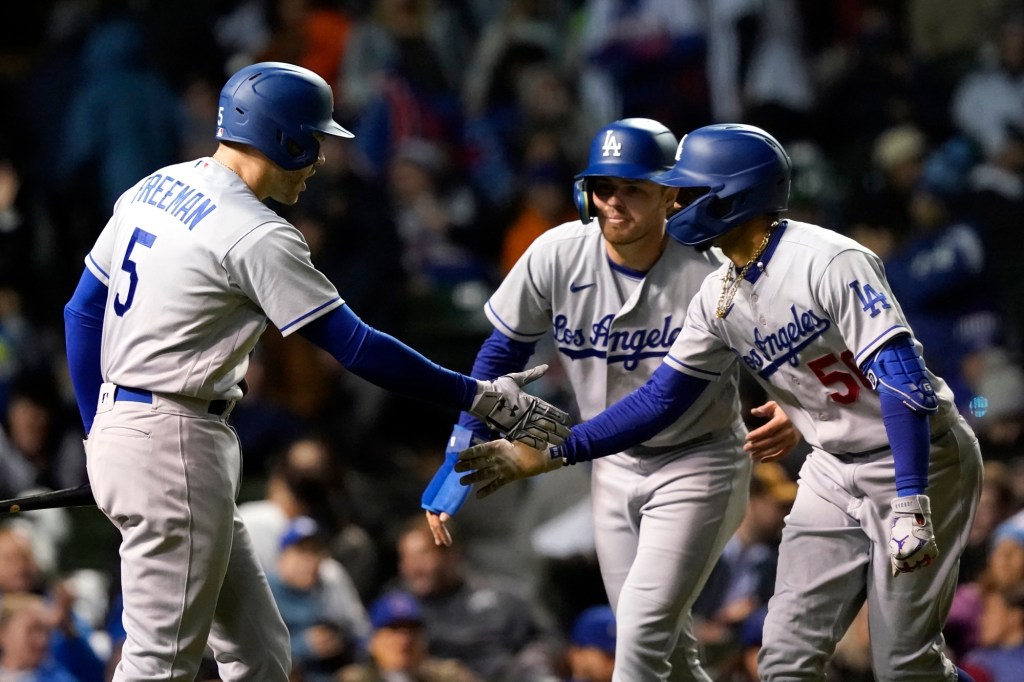 A rare defensive lapse by Mookie Betts led to a run for the Chicago Cubs. But Betts drove in five with his bat, leading the Dodgers to a 6-2 victory over the Cubs to complete a sweep of a doubleheader Saturday at Wrigley Field.

The Dodgers had just three hits in the game. But they drew nine walks, five of them in a four-run second inning.

Left-hander Daniel Norris was the opener in a bullpen game for the Cubs. He stayed in long enough to walk the first three batters in the second inning, throwing 10 consecutive balls at one point on the way to loading the bases.

He did strike out Cody Bellinger before being replaced by Keegan Thompson who struck out Chris Taylor – then walked Hanser Alberto on four pitches to force in the Dodgers’ first run of the game.

Betts worked the count full before lashing a double down the third-base line and into the left field corner. The Dodgers’ only hit in the first eight innings of the game drove in three runs.

Betts’ hitting more than made up for his defensive blunder in the first inning. Betts ran down Willson Contreras’ fly ball to the warning track in right field only to drop it, allowing Contreras to reach third base on what was charitably scored a triple. He scored two batters later when third baseman Max Muncy fielded a ground ball and threw home too late to get Contreras.

That was all the damage the Cubs managed in five innings against Anderson. Dodgers starters have an ERA of 1.85 this season, far and away the lowest in MLB.