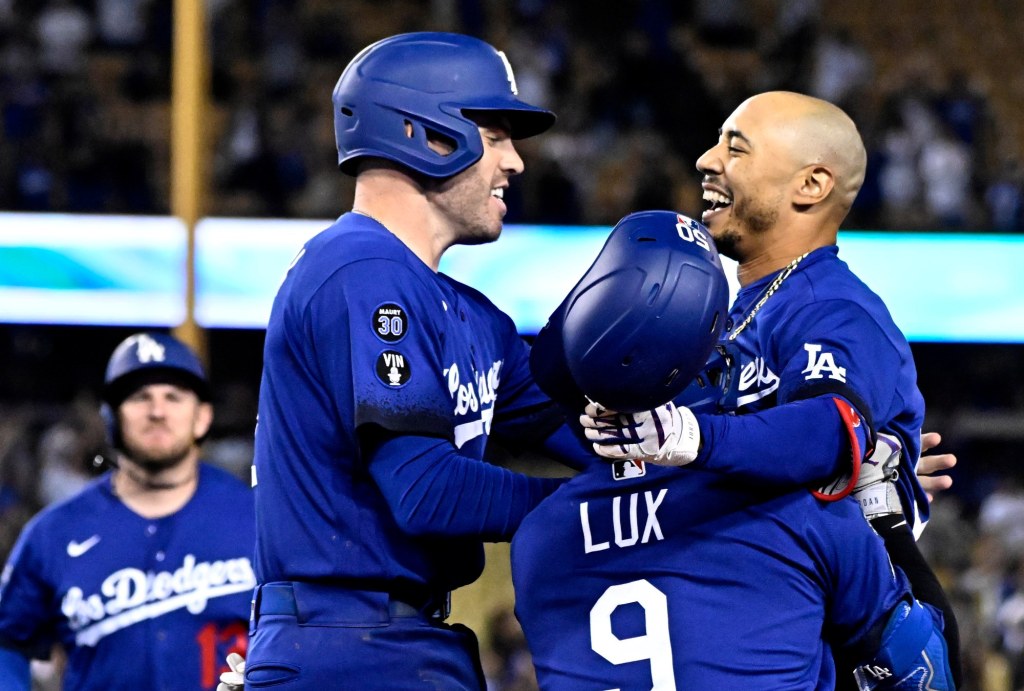 LOS ANGELES ― With 12 games to play, the Dodgers have allowed fewer runs than any team in baseball. Their 2.80 team ERA will be tough to match.

They do not, however, have a clear-cut favorite to win the National League Cy Young Award, unless Julio Urías can finish the season with a flourish. His performance against the Arizona Diamondbacks on Thursday night might have brought him one step closer to the award.

Urías cruised for 5⅓ innings in the Dodgers’ 3-2 win before an announced crowd of 47,907. He allowed his only run in the third inning, made possible by an errant throw by second baseman Gavin Lux. The left-hander lowered his National League-leading ERA to 2.25 and surpassed the 162-inning threshold needed to qualify for an ERA title.

Urías did not qualify for the win, but Mookie Betts’ pinch-hit single in the ninth inning allowed the Dodgers to claim the victory in their final at-bat.

The Dodgers were trailing 2-1 when Cody Bellinger led off the ninth inning with a double off of former teammate Reyes Moronta. The 378-foot fly ball landed a couple of feet shy of a home run.

With one out, Moronta intentionally walked Freddie Freeman. An infield single by Will Smith loaded the bases, and left-hander Joe Mantiply relieved Moronta with left-handed hitting third baseman Max Muncy due up.

Muncy hit a dribbler off the end of his bat to third base, and no out was recorded on the play. Bellinger scored, and the score was tied 2-2.

Mantiply struck out Justin Turner, but could not retire Betts on a rare day off for the Dodgers’ All-Star. Betts lined a 3-and-2 sinker into left field, scoring Freeman and sending his teammates pouring out of the dugout to celebrate.

The Dodgers’ 104th win of the season snapped a two-game losing streak and ended a five-game series with the Diamondbacks (70-81).

Diamondbacks starter Zac Gallen allowed one run over eight dominant innings and set a career high with 13 strikeouts. He held the Dodgers – also the NL’s highest-scoring team – to two hits.

Fortuitously, both hits came with two outs in the fourth inning. Smith lifted a fly ball to left field that Stone Garrett could not catch as he dove toward the foul chalk. The ball got all the way to the warning track, and Smith wound up on third base with a triple.

The next batter, Muncy, turned on a two-strike cutter from Gallen and hit a scorching line drive to first base. The ball deflected off Christian Walker’s glove into right field, and Smith scored easily.

That was the Dodgers’ only run until the ninth inning. Gallen feasted on the bottom of the Dodgers’ lineup. Joey Gallo, Gavin Lux, Trayce Thompson, and Bellinger combined to go 0 for 11 with 10 strikeouts. He’s third in the National League in ERA (2.46) behind only Urías and Miami’s Sandy Alcantara.

Urías struck out five batters and walked only one, but mostly relied on soft contact to pitch into the sixth inning.

Arizona got its only run in the third inning. Sergio Alcantara singled and was nearly thrown out at second base when Daulton Varsho hit a sharp ground ball to Lux at second base. Lux’s throw to shortstop Trea Turner was low, however, and Alcantara’s slide prohibited Turner from making the catch. Alcantara went to third base on the error.

With one out, Urías walked Ketel Marte. The next batter, Garrett, flied out to center field deep enough for Alcantara to tag up and score.

The score remained 1-1 through eight innings, before Craig Kimbrel’s season-long struggles manifested again in the ninth.

Walker then hit a 2-and-2 curveball over the center field fence for a home run. Suddenly, the Dodgers trailed, 2-1. For Kimbrel, it was the fifth run he has allowed in his last four appearances. His last save came on Sept. 6.

More to come on this story.