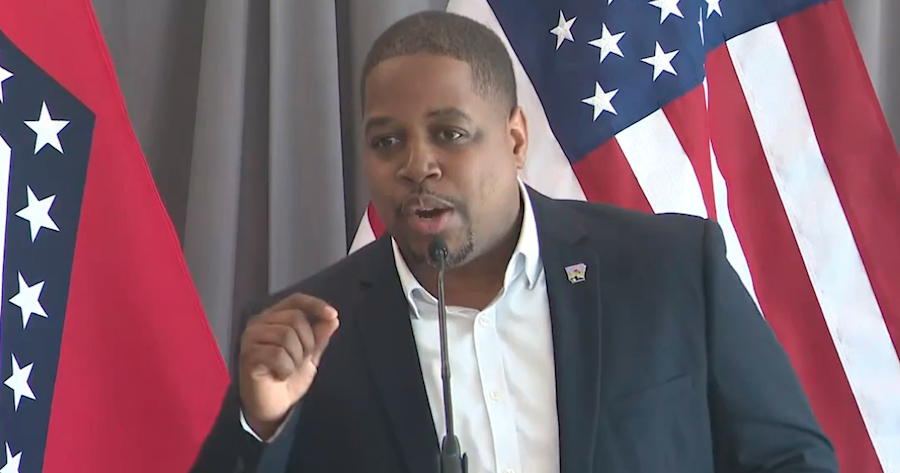 
The Democratic Party is going all in for legalizing recreational marijuana in Arkansas, judging by social media comments and this release from Chris Jones, the nominee for governor:

Dr. Chris Jones, Democratic nominee for governor of Arkansas, issued this statement in response to the Arkansas Supreme Court’s decision to allow on the November election ballot a constitutional amendment that would legalize marijuana use for adults.  Standing up to amplify the voice of voters throughout Arkansas, Chris Jones supports the initiative process, as well this specific ballot initiative.

In Arkansas, the people rule, and it is proper that Arkansans have a right to the ballot initiative process and the power to vote on statewide measures, and that their voices be heard. The ballot initiative process is one of the few important ways Arkansans get to have a seat at the table. It was through ballot initiatives that we expanded Medicare, increased minimum wage, and approved medical marijuana. At our core, we need to focus and uplift efforts that amplify voice, encourage participation, and promote democracy. Our next governor must speak up for democracy in Arkansas. It’s concerning that some have and continue to try to suppress the voice of voters, and that my opponent in the governor’s race has been completely silent on this fundamental issue of democracy. As governor, I will support the right of citizens to propose and vote on the laws of the land.

On this issue of legalization of the adult-use marijuana market in Arkansas, Arkansans’ voices will be heard on November 8!  I continue to support the creation of a just and equitable cannabis industry. This initiative is a good first step toward Arkansas embracing a pragmatic cannabis policy. If approved by the majority of Arkansans, this new policy will encourage economic growth of a new business market, deliver funding to support priorities like education and community safety, equip our hard-working law enforcement to keep us safe by focusing on serious crimes, and protect consumers.

If the polls are right, the measure enjoys broad support in Arkansas, just as a continuing right to legal abortion enjoys majority support in Arkansas. Don’t tell the Arkansas legislative Republican majority or its statewide elected officials. Might it make a difference in November? If you are still able to vote in Arkansas, it should.