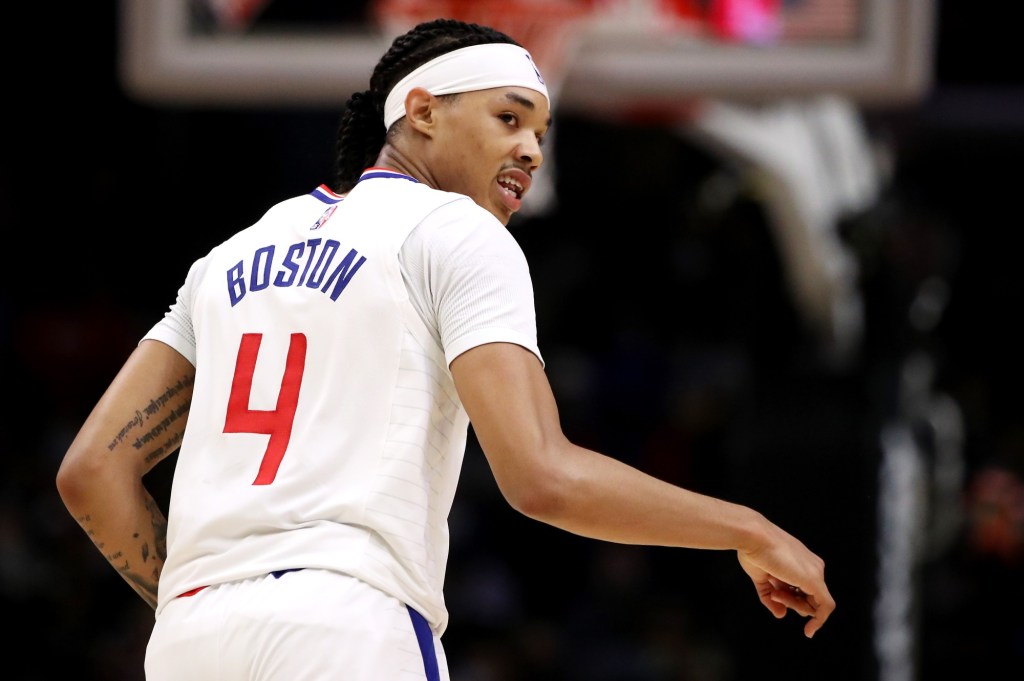 Boston is the sixth Clippers player this season – and fourth, currently – to fall under that designation for a team that’s also been ravaged by injuries unrelated to COVID-19.

His addition to the Clippers’ injury report brings their list of unavailable players to nine ahead of today’s game against the Boston Celtics – who currently have six players in protocols – at 4:30 p.m. at TD Garden.

Marcus Morris Sr. and Nicolas Batum have returned after spending time in the protocols, with Morris scoring 24 points in 27 minutes in his first action back Monday, when the Clippers lost 124-108 to Brooklyn.

Notably, the Clippers also are missing stars Kawhi Leonard, who is out indefinitely recovering from surgery to repair his right ACL, and Paul George, who will miss at least three weeks before his right torn ulnar collateral ligament is evaluated again.

Add to that Batum (right ankle sprain), Isaiah Hartenstein (left ankle sprain) and Jason Preston (who is recovering right foot surgery and has yet to play for the Clippers).

To help fill the ever-expanding void of available players, the Clippers have added two players on 10-day hardship deals besides Wright.

Guard Xavier Moon made his NBA debut Monday and on Wednesday morning the team announced the signing of James Ennis III, a 6-foot-6 NBA veteran who played for Long Beach State before he was drafted 50th overall by Atlanta in 2013.

In seven NBA seasons, Ennis played for Memphis, Philadelphia, Miami, Orlando, Houston, Detroit & New Orleans. On Dec. 18, he signed a 10-day with a Brooklyn team that was depleted with seven players in protocols – and even scored a basket against the Clippers on Monday at Crypto.com Arena. For his career, Ennis has averaged 6.7 points on 45.6% shooting and 3.3 rebounds per game.

The NBA’s protocols reportedly will be shifting, according to The Athletic’s Shams Charania, who tweeted Wednesday morning that the league is set adopt the new CDC guidance of five-day isolation for people who test positive for COVID-19, reducing the NBA’s 10-day isolation mandate to six days. After that, players must register two negative tests.

Additionally, COVID-19 positive players who are masked will be able return to their team’s home market via commercial flight, interact in person with individuals in community, and enter indoor settings/establishments that are not the facility, per Charania.

Boston Jr. has become a consistent participant this season for the injury-plagued Clippers, and he enjoyed a breakout performance the last time they met the Celtics on Dec. 8, when he scored 27 points on 9-for-13 shooting, including going 5 for 8 from 3-point range, in a 114-111 victory.

The 20-year-old scorer from Sierra Canyon High in Chatsworth had 18 points Sunday in the Clippers’ 103-100 loss to Denver and is averaging 6.4 points per game this season on 36.4% shooting.

After five-day isolation, positive players who are masked can now return to their team’s home market via commercial flight, interact in person with individuals in community, and enter indoor settings/establishments that are not the facility. https://t.co/2jYPSnEW64