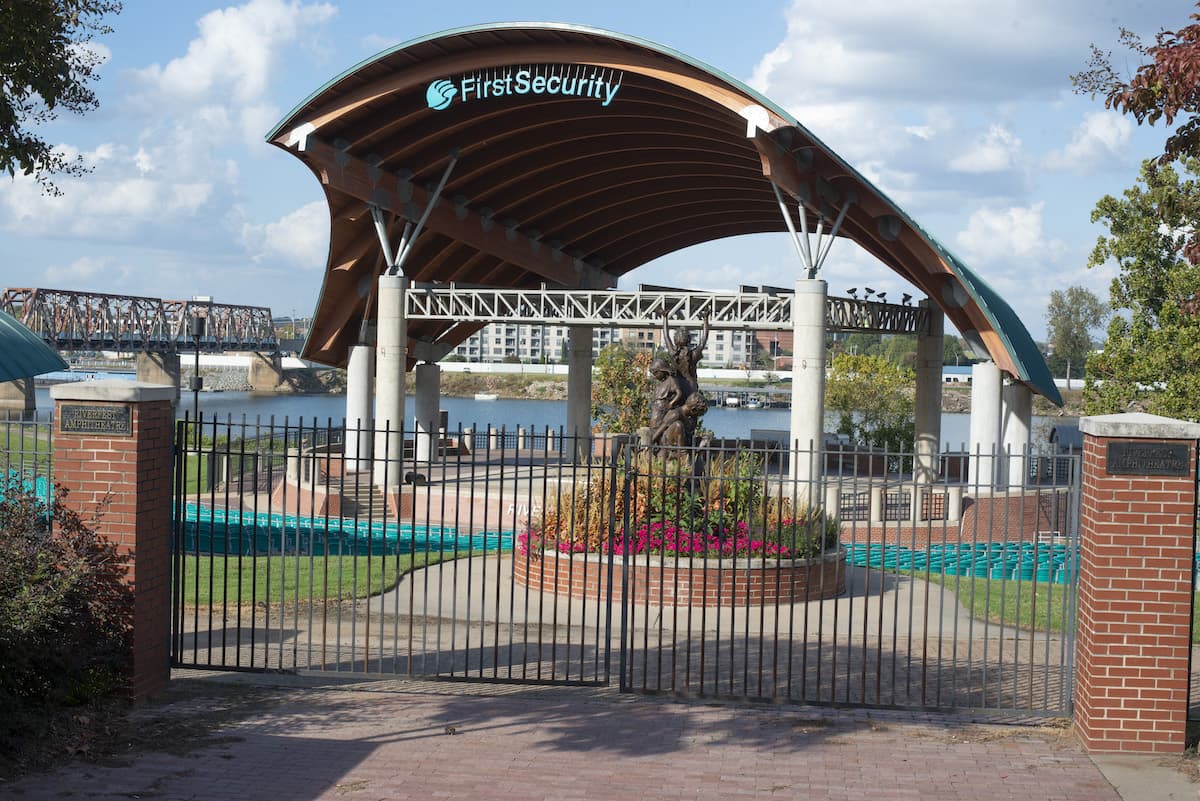 Concerts are returning to the First Security Amphitheater this summer after a limited number of shows in 2021 and no performances in 2020 due to the coronavirus pandemic. Scheduled so far are Willie Nelson (May 31), Christian pop act Crowder and others on the “We the Kingdom” tour (June 23), ZZ Top (June 26), Arkansas native country star Justin Moore (July 23), country star Jamey Johnson with Southern rockers Blackberry Smoke (Aug. 20), Southern rockers The Black Crowes (Aug. 23) and country rockers Whiskey Myers (Sept. 23).

That line-up has drawn the ire of Antwan Phillips, at-large city director and member of the city Advertising and Promotions Commission, which oversees the Little Rock Convention and Visitors Bureau, which operates First Security Amphitheater. Phillips posted the following on Facebook May 10:

When I ran for office, I promised to work to bring better recreational options to our city. Although, I’m happy the River Market Amp is opening up for concerts, as an elected official I’m very disappointed and frustrated in the lack of cultural & genre diversity in this lineup.

And this is no disrespect to Willie Nelson, We The Kingdom, ZZ Top, Justin Moore, and The Black Crowes. These type of acts should be included. However, we must have more diversity to reflect Little Rock’s demographics.

To me, this is a big deal because I know that the disappointment has lead many of us to think “here we go again.” Meaning, some of us have grudgingly accepted that entertainment in Little Rock will not be genre diverse. That is disheartening.
Despite the disappointment, I still #believeinbetter and I will do all I can to create better recreational options for everyone in our city.

Awakening Events, a Franklin, Tennessee-based concert promoter led by Arkansas native Dan Fife, has had an exclusive contract with the Little Rock Convention and Visitors Bureau since 2019. Fife, who got his start working with Little Rock radio station KKYK, books a lot of Christian acts — with great success.

Since its inception Awakening Events has remained focused on its mission of producing events that impact people in a positive way while glorifying God. That focus has led to rapid growth over the last decade catapulting Awakening Events towards the top of the Pollstar Charts, most recently ranked number 3 in the world and number 2 in North America in total tickets sold.

The bureau and Awakening agreed in April to renew the contract through February 2023. There is one remaining one-year renewal option from the original contract. The contract includes a diversity clause, which says the promoter will, “to the extent reasonably feasible given industry and market conditions and financial considerations, provide a diverse mix of programming appealing to as many segments of the regional entertainment market as possible.”

Awakening has partnered with another promoter, Starr Hill Presents, to book the Little Rock concerts.

I asked the Convention and Visitors Bureau for comment on Phillips’ post and received a statement from Jim Keet, chair of the Advertising and Promotion Commission:

The Awakening Events contract is attached per your FOIA request. I thought it instructive to send the LRCVB mission statement, which is below.

“The mission of the Little Rock Convention & Visitors Bureau is to improve the quality of life and the local economy in Little Rock by bringing visitors, meetings, conventions, and events to the city, responsibly manage public funds in its charge, efficiently operate the facilities it manages, and serve customers, visitors, and delegates with courtesy, knowledge, and skill.”

Enhancing the quality of life for all Little Rock residents, and welcoming tourists is part of that mission. We fully recognize the need to bring diverse and inclusive entertainment to the First Security Amphitheater, which is consistent with the efforts that have been made, especially in the last two years, to seek diversity in every way including hiring and promotion practices, advertising efforts, and reaching out to niche markets.

To assist in our efforts to select the best promoter consistent with those objectives, the LRCVB submitted a request for proposals in 2018 for a concert promoter to help bridge our efforts.

In 2019, a contract with Awakening Events was finalized and two (2) concerts were held at the amphitheater. Awakening Events is the 37th largest promoter worldwide. There were no shows in 2020 due to the COVID-19 pandemic. In 2021, the promoter booked three (3) shows, one of which was R&B Under the Stars: The End of Summer Block Party with Anthony Hamilton, Stokley, El Debarge and Alex Isley. The contract states “Seek and deliver diversity in its programming to include all popular A-tier genres.

2022 has offered Awakening Events its first full year of booking opportunities. To date, seven (7) concerts have been announced, and efforts continue to potentially add more. Concerts are announced on an individual basis as they are booked, rather than together as a series. Currently, the promoter has tentative holds on additional urban entertainment acts and a meeting to review the lineup for the rest of the year was scheduled weeks ago for this week. Commissioners Phillips and Rowe were invited to attend along with the appropriate LRCVB staff and the promoter.

We greatly appreciate the efforts that have been made through a very challenging 2 ½ years, and the work that is being done as we all come out of the pandemic. Both the LRCVB and Awakening Events have a shared goal of providing a diverse entertainment line-up at the amphitheater that represents all genres for everyone to enjoy.

In recent years, the Little Rock Convention & Visitors Bureau has proactively taken aggressive measures to incorporate a variety of EDI initiatives. We are proud of those efforts, and we will continue to enhance our work as it relates to Equity Diversity and Inclusion.