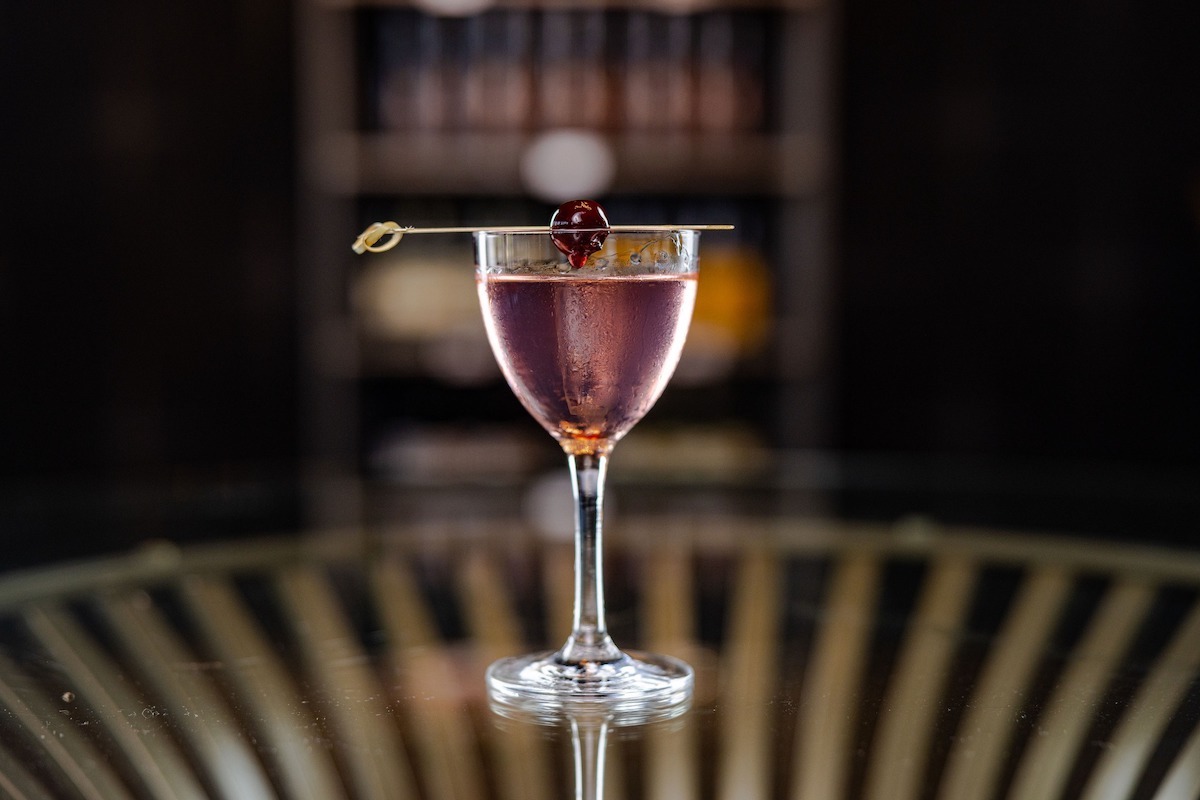 
I learned a bit of trivia that I should certainly know being a lifetime Arkansan who has marathoned “A Christmas Story” (1983) enough times that I could probably get an A+++ in high difficulty “Christmas Story” trivia. I even won a full-size leg lamp in a “send us your most disastrous Christmas story” contest from Arkansas Democrat-Gazette’s Sync Weekly (2007-2015), the most major of any award I’ve ever won. Yet somehow I didn’t know that the the Red Ryder B.B. gun Ralphie’s so obsessed with in the movie is made by Daisy Outdoor Products, which is headquartered in Rogers and has been since 1958. Fox Trail Distillery is also located in Rogers, and bartender Trey Fincher shared a little bit of that history with the recipe for his new Red Ryder cocktail, now served at Fox Trail. Here’s Fincher’s full post and recipe.

This is my newest Martini, it’s a riff on the Martinez. I use our house made Artanical Gin, switch the vermouth from sweet to Cocchi Americano, and change the bitters from Angostura to three generous dashes of Peychaud’s. This is quite possibly the best photo of any of my cocktails. I love this shot, I also love the drink which I named Red Ryder. The Red Ryder BB Gun is a BB gun made by Daisy Outdoor Products who’s headquarters is in downtown Rogers Arkansas. The BB Gun was named for the comic strip cowboy character Red Ryder (created in 1938, and who appeared in numerous films between 1940 and 1950, and on television in 1956), the BB gun is still in production, though the comic strip was cancelled in 1963. The Red Ryder BB Gun was introduced in the spring of 1940 and was designed to resemble the Winchester rifle of Western movies. It was made famous buy the movie “A Christmas Story.” Stop in the tasting room at Fox Trail Distillery and try one. Pick up a bottle of Artanical Gin on the way out.