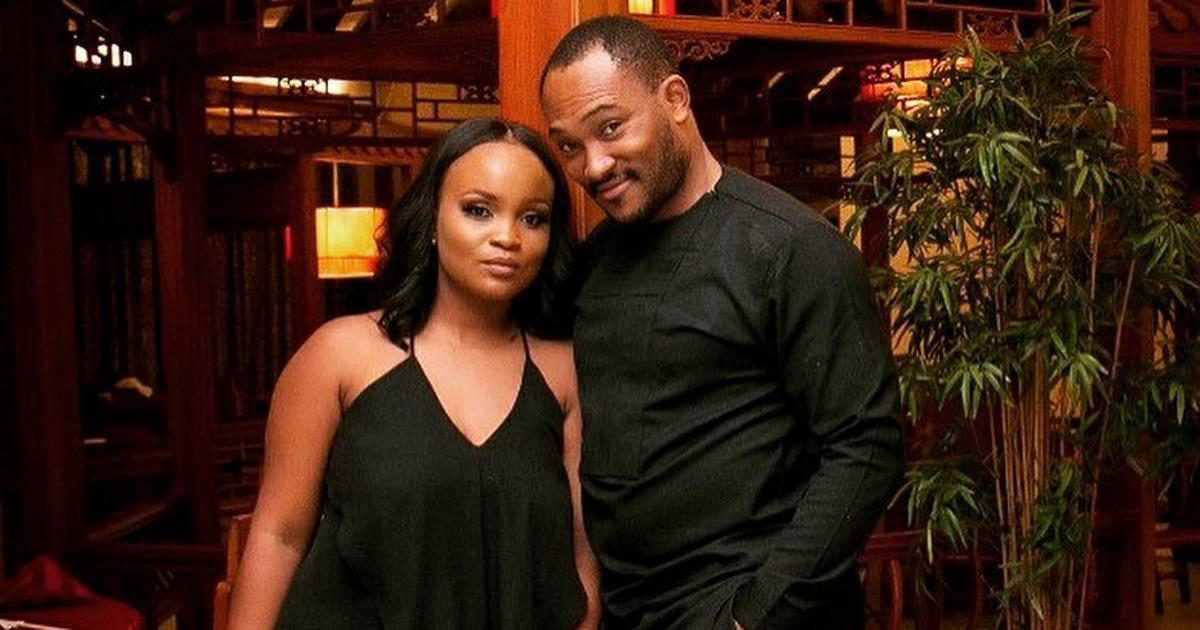 “What really made you and your ex-husband separated?” the fan asked.

Esisi replied to the fan saying their marriage ended over deceit.

The businesswoman was earlier asked about her divorce situation with the actor who recently got married.

“When did you do your divorce? Because the last time we asked you said not yet done,” the fan asked.

Esisi revealed that they were yet to officially end the marriage.

“Last I checked, I signed no divorce papers,” she replied.

The former celebrity couple tied the knot in 2015.

There were speculations that the marriage crashed because Blossom was still romantically linked to his actress ex-girlfriend.

To date Blossom has remained silent as to why his once admired marriage crashed.

However, Maureen, on the other hand, gave some reasons why they are no longer together.

In May and June 2022, Blossom tied the knot with his new wife, Winifred Akhuemokhan.

The wedding ceremony which was officiated by its senior pastor, Chris Oyakhilome was attended by friends and family members of the couple.

From Banky W, Adesua Etomi, Kate Henshaw and Rita Dominic, Nollywood came out to party with the couple.

Chukwujekwu had some of Nollywood’s finest on his groomsmen list; Stan Nze, Femi Jacobs and Wole Ojo