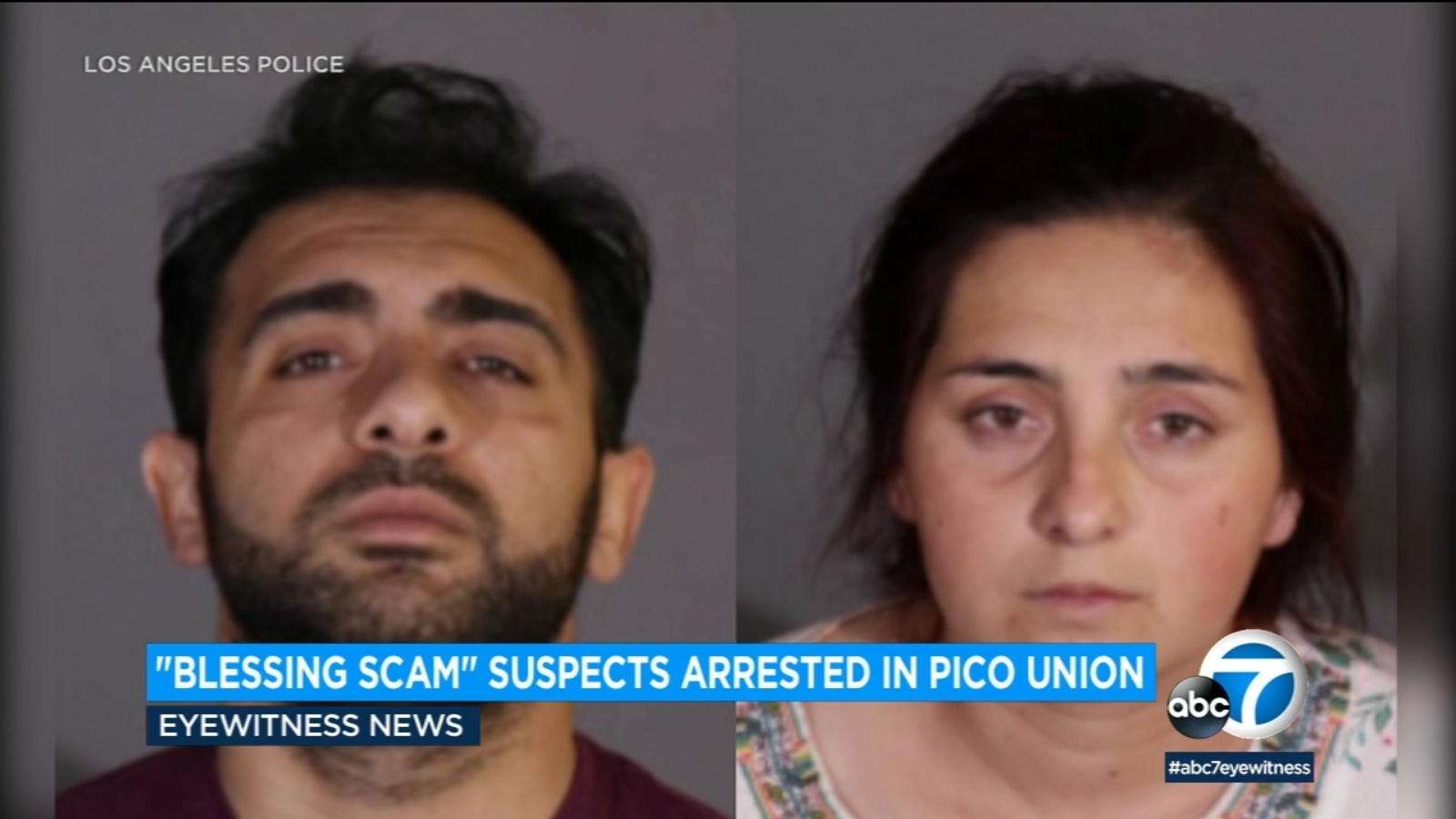 PICO-UNION, LOS ANGELES (KABC) — Los Angeles police are asking for victims to come forward whose jewelry was stolen during a “street blessing scam.”

A man and a woman suspected in connection to a string of street robberies in the Pico-Union, Westlake and Filipinotown districts were arrested Tuesday, authorities said.

Their scam? Request to bless the victim’s jewelry or money, then make off with the stolen property.

According to robbery detectives from the Los Angeles Police Department’s Rampart Division, detectives observed the suspects interacting with a victim on the sidewalk in the area of 12th Street and Burlington Avenue. After the suspects took the victim’s jewelry and drove away, officers stopped the suspect’s rental vehicle and recovered jewelry, money, and other evidence used to commit the crimes.

The suspects, Claudiu Stoian, 27 and Madalina Paun, 24, are from the Seattle area, investigators said. They had two young children in the car when they were taken into custody.

The detectives asked for the public’s help in identifying the victim, described as a Hispanic woman in her 30s, with chin-length, dyed blond hair, as well as anyone who may have witnessed the incident.

The detectives say they are currently investigating more than two dozen cases in the area connected with the alleged robbers, dating back to February 2021.