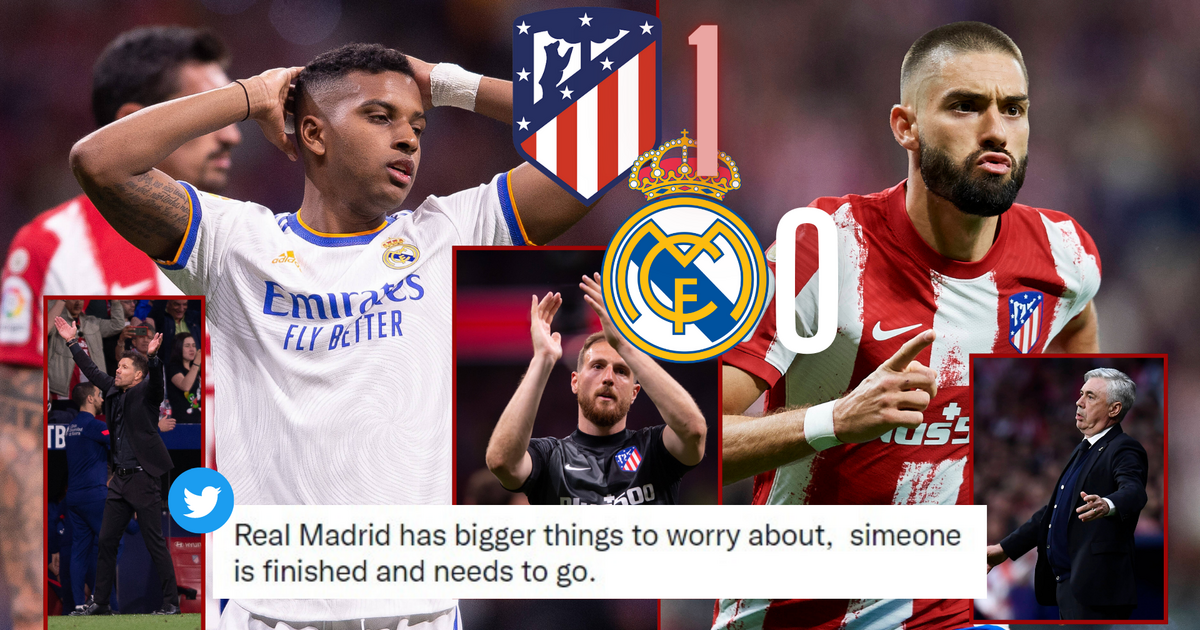 Carlo Ancelotti had made seven changes to the Galacticos side on Sunday night, and all of this pretty much told the story in the early stages as Atleti went full attacking mode piling the pressure on Los Blancos defense.

However, hell nearly broke loose at the Estadio Wanda Metropolitano when Jesús Vallejo tripped Mattheus Cunha as the Brazilian raced towards goal.

Atleti midfielder Marcos Llorente was booked for dissent, but the penalty was eventually given after a VAR check.

Carrasco’s goal against Madrid now mean that the 28-year-old has scored each of Atletico’s last three goals.

Real Madrid had offered little in an attacking sense but could have equalised late in the half, as Toni Kroos’ strike fizzed well of the goal post before Luka Jović was denied by an alert Jan Oblak.

Oblak was at his very best on the night as he prevented goal-bound strikes from Valverde and Marco Asensio to hang on until full time and enable Diego Simeone’s men strengthen their grip on fourth place.

The result for Carlo Ancelotti also meant that the Los Blancos streak of five consecutive away wins in the league was put to an end.