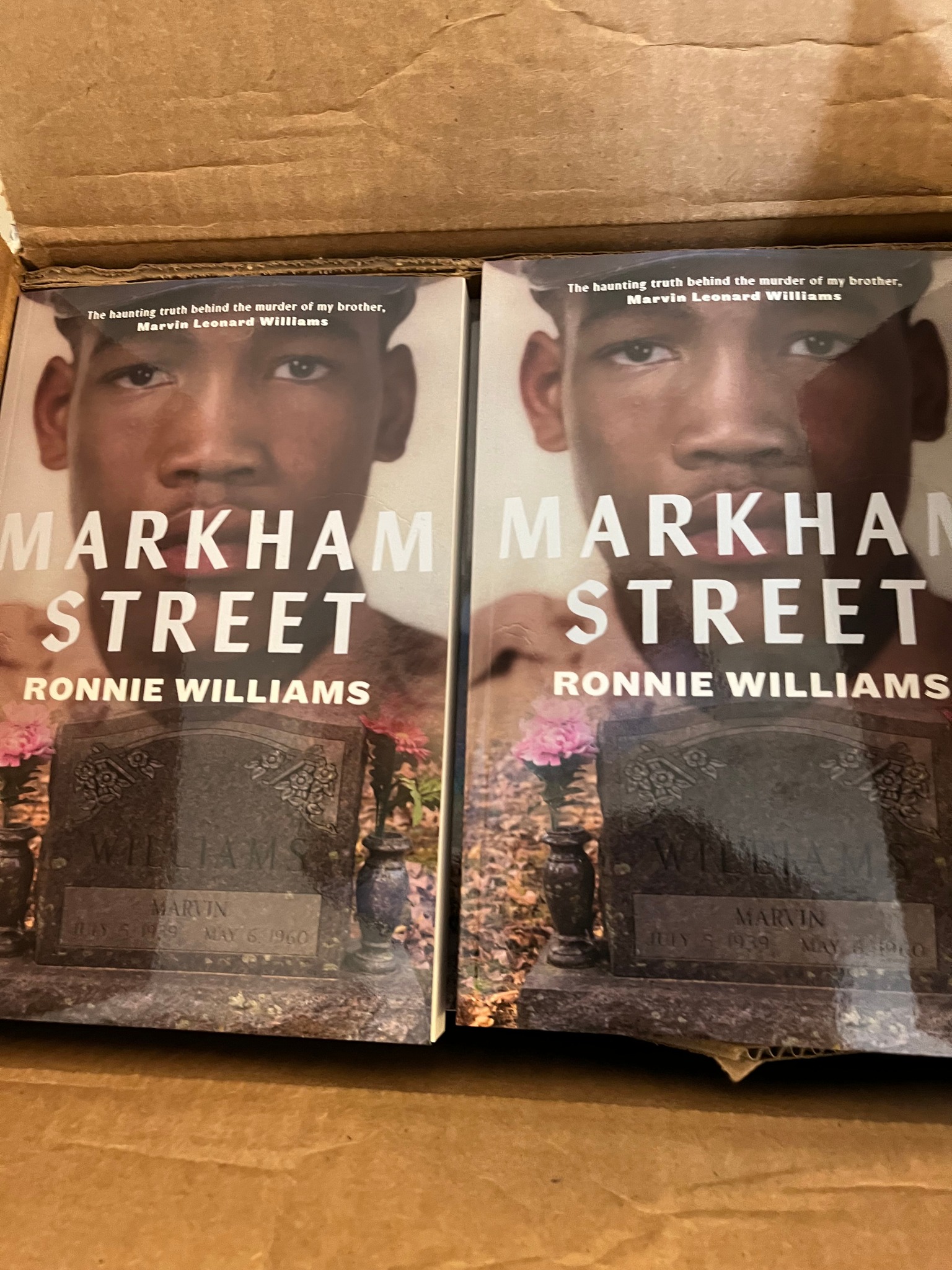 Author Ronnie Williams’ “Markham Street,” a tale of life in Menifee’s Black community and of his family’s “decades-long quest for racial justice following the death of his brother Marvin in 1960 at the then Faulkner County Jail,” was released this month, and Williams gives a talk about the book at 5:30 p.m. Thursday, March 31, at the Clinton Presidential Center. The event has reached capacity for attendance, but you can livestream it here.

Williams, who still lives in Menifee with his wife of 47 years, Connie, recently retired as Vice President for Student Services and Institutional Diversity at the University of Central Arkansas, where he pioneered UCA’s first Minority Mentorship Program. He also served as chairman of the Arkansas Educational Television Commission (now Arkansas PBS) and was the first person of color to serve as chairman of the Conway Area Chamber of Commerce. More from the book’s jacket:

Markham Street is more than a story about systemic racism, police violence, or brutal murder, although it is all of those. Above all, it is the story of one man’s enduring love for his lost brother and his devotion to his grieving parents, who kept silent for two and half decades to protect their seven surviving children.

Through the lens of his then-thriving Black community of Menifee, Ronnie Williams vividly describes the suffocating misery and debasement of Black families who worked in the cotton fields or as domestic help for white families and businesses. He shares in loving detail how his parents made ends meet through constant work and resourcefulness and raised eight children, six of whom became educators like himself. He also shares his memories of the night his brother died, a night when a literal tornado tore apart his home, while only miles away, a tornado of rage and hate tore apart his family.

Most of all, he writes poignantly about his brother Marvin – a prodigy who graduated from high school at the age of 15, Marvin desperately tried to escape the grinding poverty of field labor. He joined the Navy and later the Army, where he became a respected U.S. Paratrooper. At age 20, he was a beloved son, husband, and father. He had a good job, a second child on the way, and a bright future – until the night he was unlawfully arrested on Markham Street and bludgeoned to death by police.

The book resounds with the author’s unresolved grief over his brother’s terrible death, his righteous determination to get justice for Marvin, and his own remarkable, ground-breaking career in the same city where his brother was killed.

The podcasters at Blackbelt Voices dedicated two episodes to dive deep into the Williams family’s quest for justice. It’s well worth your time.