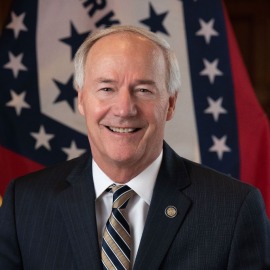 
I got a notice this week that Governor Hutchinson will be among the speakers at the Texas Tribune Festival in Austin Sept. 22-24.

The festival is a big event sponsored by the nonprofit news organization and always features a big-name lineup.

The current listing doesn’t include Hutchinson among the “featured speakers.” They are listed as Virginia Gov. Glenn Youngkin, four Texans and PBS’ Judy Woodruff.

Among the dozens of other speakers with Asa are Hillary Clinton, Anthony Fauci, James Carville, John Kasich, Beto O’Rourke, Karl Rove, Adam Schiff and a host of other familiar names, not including Trump or DeSantis or Cotton.

Austin is the home of the governor’s son Seth, a labor organizer who’s a pretty good speaker himself, judging by this talk on income inequality a few years back. It is strikingly relevant today, with his message about the heavier tax burden on the working poor because of Texas’ dependency on the regressive sales tax. Arkansas is about to embark on an income tax cut for the rich that will further burden the poor with a disproportionate share of the cost of government. Public institutions on which the poor depend will be underfunded in the bargain.