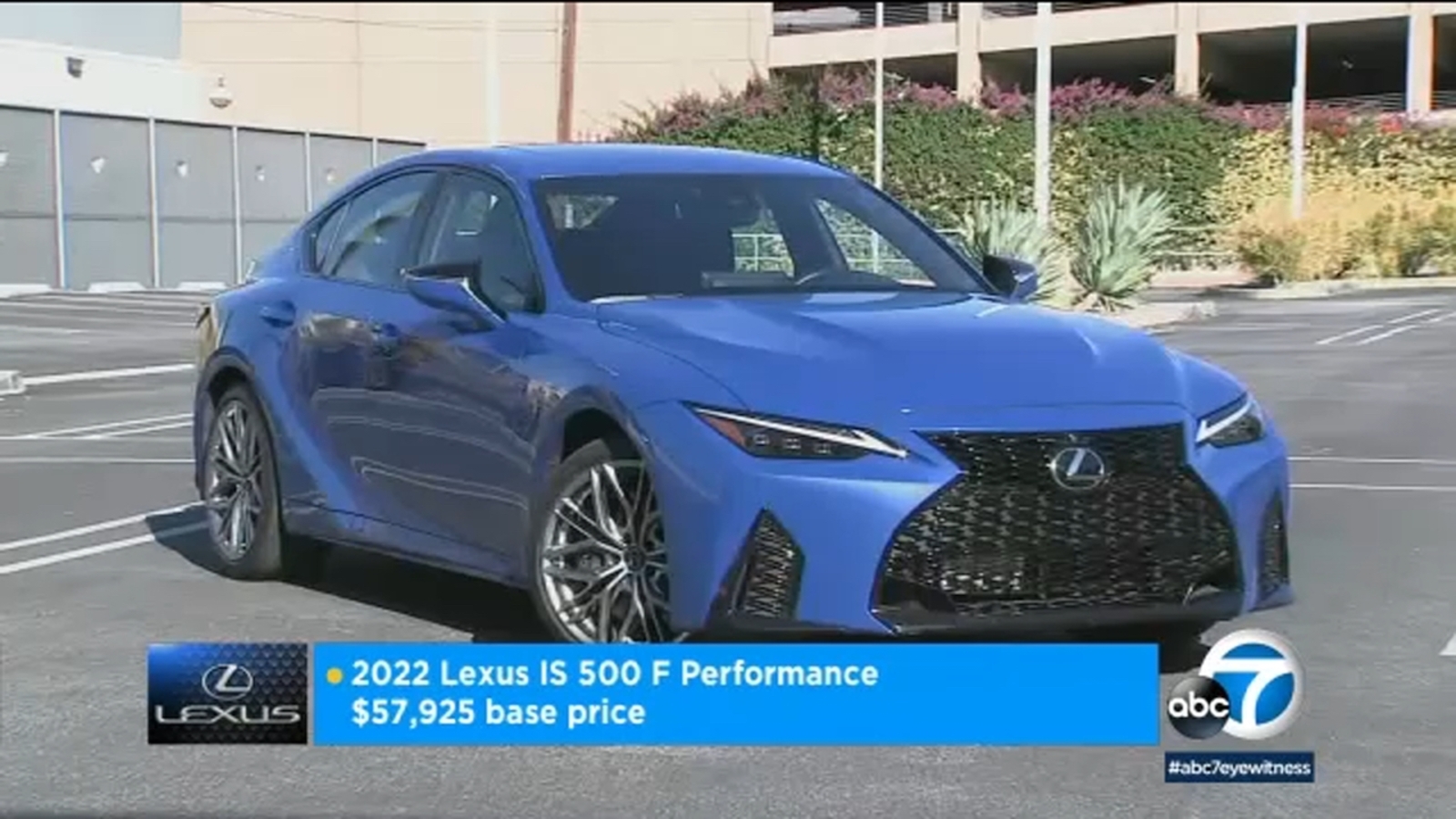 LOS ANGELES (KABC) — Like many car brands, Lexus sees the future as electric.

Later this year, the RZ model, a battery-powered SUV, will debut. It’s the first – but by no means last – Lexus vehicle to have no conventional engine at all.

They’re also sticking with gas-electric hybrids in a bigger way. Starting with the upcoming model year, their compact UX model will only be available with hybrid power. No more regular version of their smallest crossover.

And then…there’s an outlier.

Say hello to the contrarian bad boy, also proudly wearing the Lexus badge. It’s the new IS 500 F Sport Performance, with a base price of just under $60,000. No electricity at all driving the huge rear wheels; just a 472 horsepower V8 making harmonious eight cylinder sounds. Suspension upgrades mean that it sticks to the road appropriately when that road turns curvy.

This isn’t exactly a new idea from the premium car maker. Back in 2008, the IS-F model stormed onto the scene, and it was the baddie of the brand back then as well. The new IS 500 F is definitely the spiritual successor to that earlier hot-rod sedan.

One interesting note: the IS 500’s engine does not have turbochargers, and it doesn’t have a supercharger. In a way, it’s sort of an old-school V8.

And while it may be old school in execution to a degree, it’s ushering in a subset at Lexus called Performance. Yes, part of this car’s official name is the word “performance” as a proper noun. Lexus says this is the debut of the brand’s Performance line, ultimate driving cars no matter what’s powering them.

Nothing official, but a full-electric concept called Sport could very well end up with that moniker, especially with Lexus hinting about racetrack performance from it. That includes a 0-60 time in the two-second range.

In the meantime, if you prefer your performance the traditional way, the IS 500 F Sport is your ultimate performing Lexus sedan. But with a company pledge to move to electrification, for how long? They’re not telling, but as the old saying goes, you may want to get one while you can.