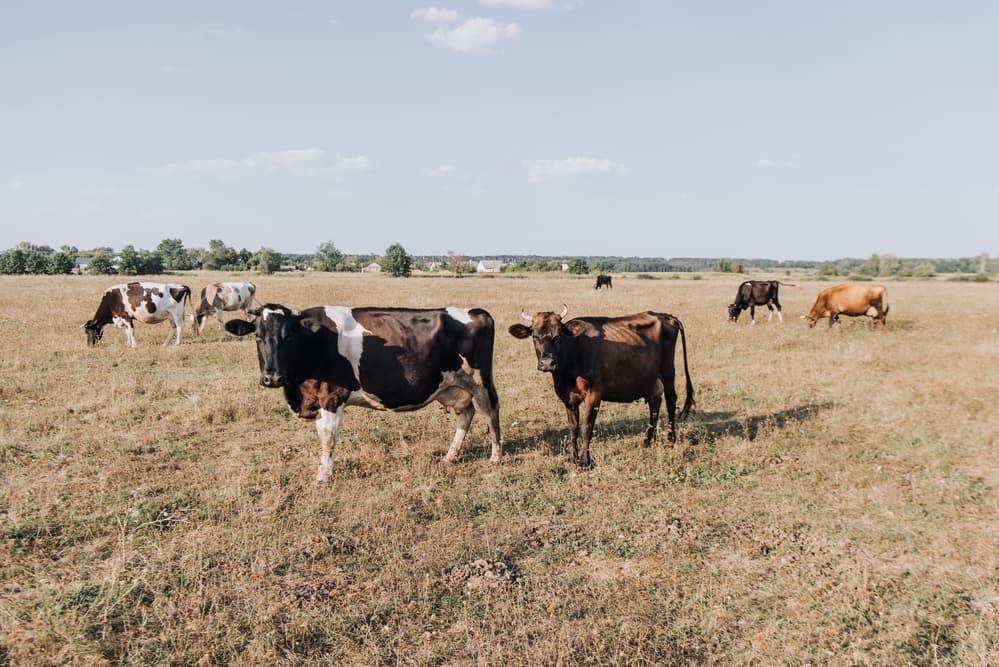 It’s a hot summer. From the heat advisories to the lack of rain across the state to wildfire risks, drought conditions threaten Arkansans and the land alike. Most of the state is suffering some level of drought, and 24 counties have extreme conditions — mostly across the North, according to the U.S. Drought Monitor as of July 26.

The dry conditions have a particularly layered impact on Arkansas ranchers, said Vic Ford, the associate vice president for agriculture and natural resources at the University of Arkansas.

“Imagine having your job, and either not getting any income and you still have to work, or getting half your income and still working as hard as you are,” he said.

The United States Department of Agriculture releases a weekly summary report for all livestock auctions in Arkansas. The volume of livestock sold in Arkansas auctions for the first 30 weeks of 2022 was 20% higher than the same period in 2021. This increase in sales is because ranchers are struggling to maintain their herd.

Because of the late wet season and the dry weather that followed, Ford said he has heard this year be called a “flash drought” event. These weather extremes make it harder to harvest  hay for cattle.

“If you don’t have enough hay and you can’t afford to buy hay, or feed of some sort, you’re going to have to get rid of animals,” Ford said.

Higher costs of fuel, feed, equipment and fertilizer have made the drought like another nail in the coffin. This year, the forecasted price for a ton of hay is up about $10 to $155, said James Mitchell, a livestock economist with the University of Arkansas division of agriculture.

This increase is significant, Mitchell said. Many ranchers cut their own hay, but they would have to outsource the resource if they didn’t yield enough supply from the drought, which could cost thousands of dollars. Hay is not needed year-around, but instead during dormant phases of the grasses. Typically, two or three cuttings would help ranchers get through the dry summer and supplement the winter pastures. This year, the hay yields are so low that Mitchell said some may not get a third cutting at all.

Soils have mostly dried up and left a tough, crusty exterior that causes what rain does come through to run off. But a short spout of rain wouldn’t get things running smoothly, Ford said. It would take multiple days and several inches to make a difference. The lack of rain and extreme heat also dried up the surface ponds cattle use for drinking water and cooling down. High temperatures can stress the animals.

“We’re just in dire straits all the way around,” Ford said.

The summer drought conditions have a long-term impact on ranchers. If selling head is the only viable option to survive financially, the overall profits of the farm will see a huge impact. Ford said it’s like taking a $100,000 business and slicing the profits in half. In this analogy, the cattle are the machinery that creates a product: calves.

In a normal year, producers will sell their older, less productive cows, Mitchell said. With a drought, ranchers are often forced to dig into their herd and sell more head, which ultimately is an economic loss when those cows could produce calves later.

Mitchell said that while this is difficult, there are programs and resources that can help ranchers financially. One of those is the Livestock Forage Disaster Program, which provides payments to eligible livestock owners. Local farm service agency offices can help with the application process, he said.

Like ranchers, agricultural row farmers are faced with tough decisions for laying crops. The wet season delayed planting several months for some soybean farmers, Ford said. Ideally, the soybeans would be planted in March or April, but some planted so late that others are already harvesting. For the delayed, the best they can hope for is a late frost, he said.

While there is some flexibility and options when making tough decisions about cattle, row farmers make a commitment to the land early on. Ford said he compares it to shooting an arrow — once it’s out of the bow, you’re committed to the shot.

Row farmers are also faced with the challenge of deciding which crop to water if not enough irrigation is available. Overall high temperatures, especially those consistent at night, sterilize the growth process of fruits, rice and other crops. A smaller yield means a smaller profit for the farmer.