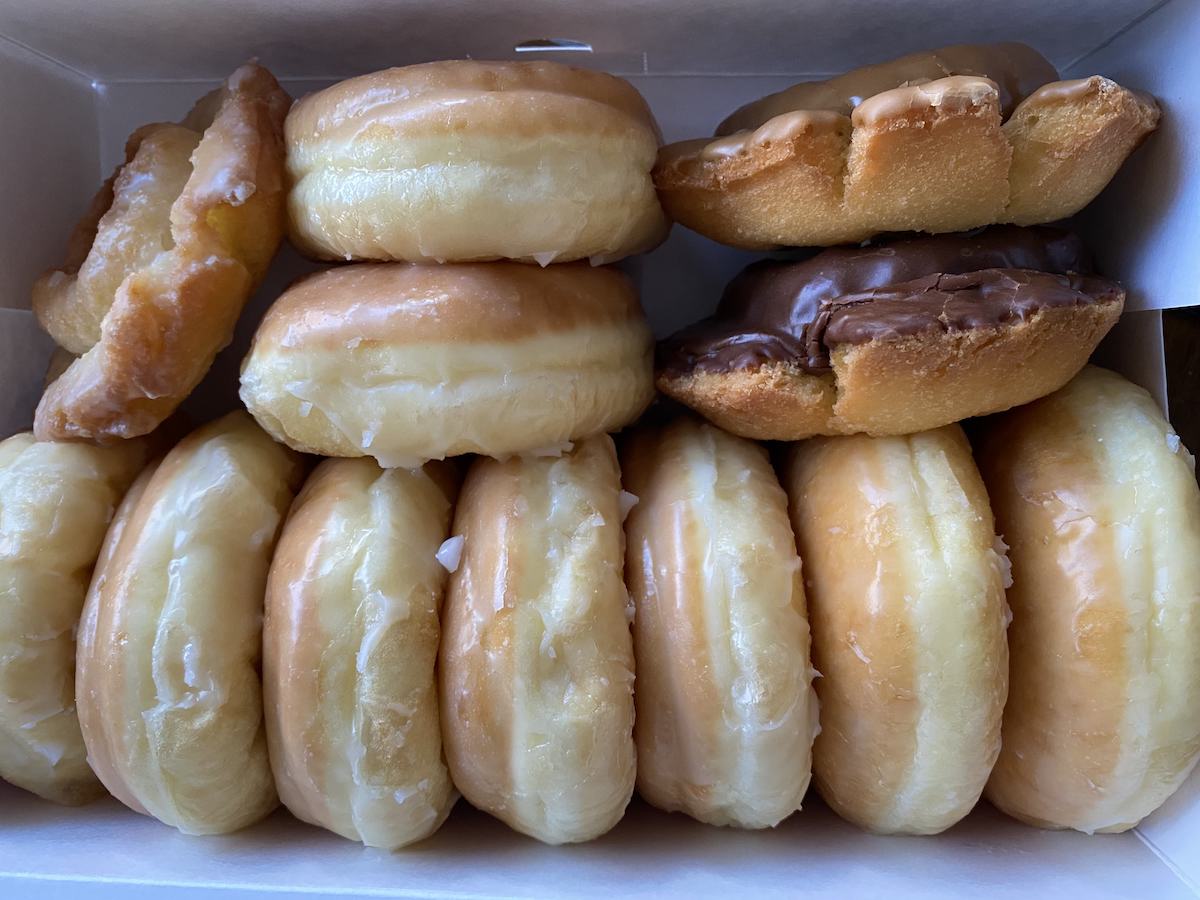 There’s still a grand opening sign outside of AR DONUTS at 2623 Lakewood Village Dr. in North Little Rock, but the owner told me its been open for about a month. Situated just behind the AT&T store and across the street from Orient Express in the Lakewood Village shopping center, it’s a clean, inviting, sun-lit donut shopping experience. The shop is run by a sweet couple who were very patient with all my questions, mainly of the “Ooooh, what’s that?” variety.

We learned that the ring-shaped donut with tapered edges is old-fashioned-style sour cream, and they were excellent, especially the white-iced variety.

We also tried a delightful butter spinach croissant and a strawberry cream cheese croissant. The woman behind the counter told me to microwave those for 15 seconds. For a piping hot filling, I decided to do an even 30.

The woman behind the counter suggested I try a kolache. I was feeling very agreeable. She probably could’ve sold me one of everything in the store. AR Donuts has a several kolache varieties including sausage and cheese, sausage, jalapeno and cheese, ham and cheese and the Louisiana boudin, which is what I went with. The kolache bun is soft, warm and buttery, and the spicy boudin has a crispy consistency that paired well with the soft bun.

AR Donuts also has a variety of breakfast sandwiches, croissants, biscuits and gravy and smoothies. According to the AR Donuts Facebook page there’s also a croissant donut that I missed out on. I will have to remedy that soon. Look at these beauties.

National Donut Day was created by the Salvation Army in 1938 to honor members who served donuts to soldiers during World War I.