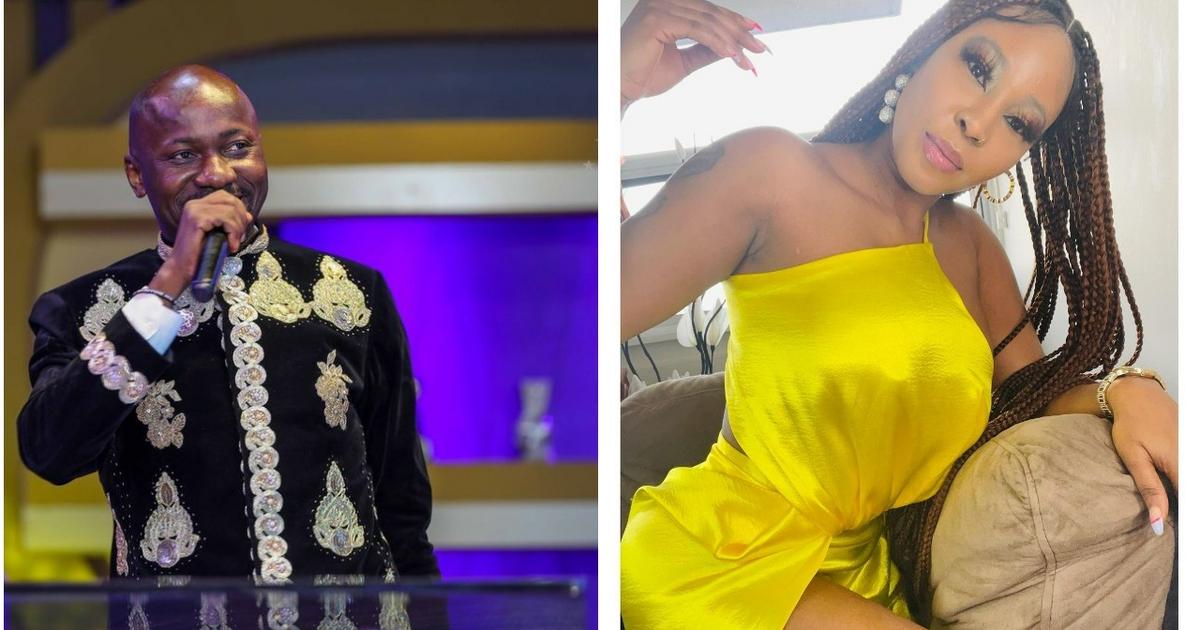 Suleman took to his Twitter page on Tuesday, May 10, 2022, where he said he was trending on social media because he called for an end to the Academic Staff Union of Universities (ASUU) Strike.

“I tweeted ‘End ASUU strike’ yesterday Sunday and today Monday I am trending on twitter.. una well done! Same strategy all the time. You guys should had done this at least a week later to avoid traces. END ASUU STRIKE!” he tweeted.

Otobo continued to drag the pastor, accusing him of trying to ruin her life.

“Oracle of God, van you deny deny this? Your fingernail and the scar on your left thigh? Can you send them too.? Apostle Johnson Suleman, I hail o,… Go through the thread, and listen to the video if you have any questions. Your answers are right there,” she captioned his alleged nude photo.

“If these screenshots were fake, how did I get his pics that aren’t public pics in the first place and how come I’m the first to release this kind of pics of him? He has changed his hairstyle twice since I came out to speak up with receipts. He has done a lot to appear different.”

She also revealed that the popular pastor arrested her on her arrival to the country to shoot a music video with Timaya.

“Apostle Johnson Suleman tried using police to shut me up because I visited Nigeria to do feature Timaya in a song. I already paid Clarence Peters for the visuals of the song before oga arrested me, cos I refused to obey him to go back to Canada. He wanted me to amount to nothing,” she alleged.

Otobo and Suleman’s sex scandal first made the headlines in 2017.

The singer released a set of damaging Snapchat shots on the internet allegedly of herself and the pastor, whom, she claimed, impregnated and dumped her.

Fromm kinky sex, sexting, abortion and even an alleged planned wedding, Nigerians were left in shock as the singer share the ugly details of their relationship.