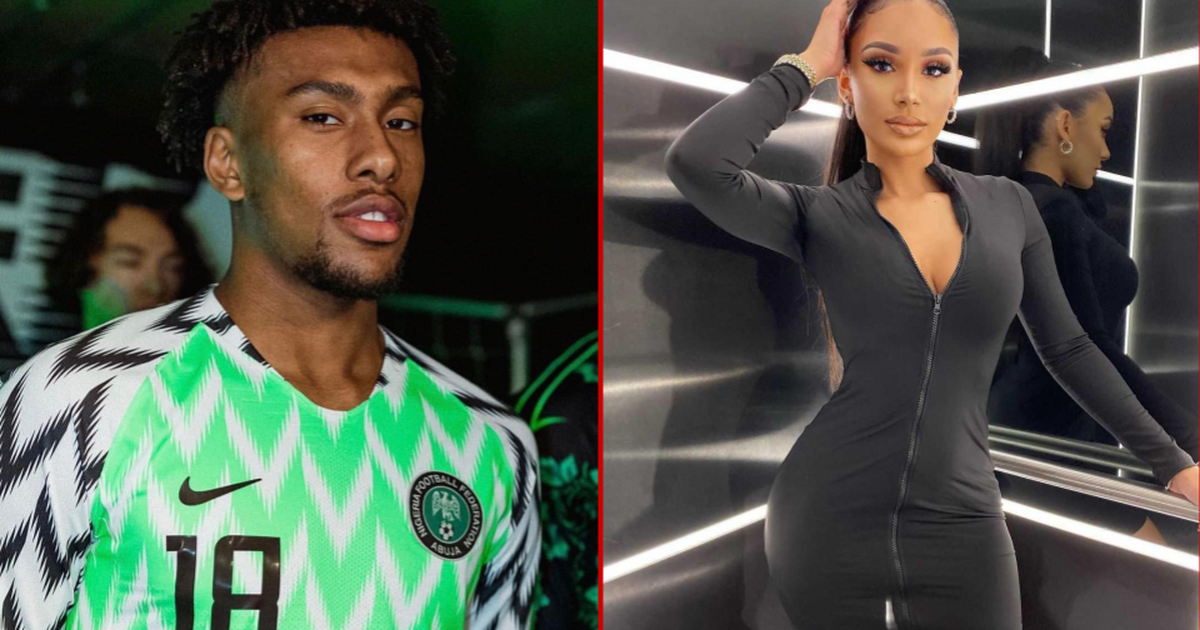 Alex Iwobi is a 26-year-old professional footballer who plays for the Super Eagles of Nigeria and English Premier League side, Everton Football Club.

Known for being the cousin of the famous Jay Jay Okocha, Iwobi has carved a legacy for himself having come through the famous Arsenal Academy. The Lagos-born star has also been a key cog in the Super Eagles squad for almost a decade, despite having lived most of his life in England.

How old is Alex Iwobi?

Iwobi got his footballing background from the famous Hale End Academy, Arsenal’s Academy youth system. Iwobi started at the Academy in 2004, going through the age groups till 2015.

After signing a long-term contract with Arsenal in October 2015, Iwobi made his first-team debut on October 27, 2015, against Sheffield Wednesday in the League Cup.

The Nigerian international went on to make his Premier League, Champions League, and FA Cup debut during the same season. Iwobi scored on his first two starts for Arsenal in the Premier League, against Everton and Watford respectively.

Iwobi’s standing at Arsenal was topsy-turvy as the pacy player found it difficult to nail down a place in the Arsenal starting XI through a combination of his versatility and stiff competition.

The Super Eagles star played a big role in Arsenal’s 2016/17 FA Cup triumph, featuring in all the matches in that year’s competition. Iwobi also helped Arsenal win the 2017 Community Shield.

In August 2019, Iwobi ended his 15-year association with Arsenal, moving to Everton for £28m. The Nigerian international is enjoying an uptick in his career, after finding a new lease on life during the 2021/22 season under new manager Frank Lampard.

Alex Iwobi is one of the highest-earning Nigerian players in the world at the moment, due to playing in the English Premier League all his life. Alex Iwobi’s current salary at Everton is £100,000 a week.

While Iwobi reportedly started with a modest £3500 weekly salary when he signed his first professional contract with Arsenal, the 26-year-old saw his wages increase to £53,000 a week before leaving in 2019.

When signing for Everton, Iwobi enjoyed a significant increase in his wages as he signed a five-year contract worth £100,000 a week with the Toffees.

What is Alex Iwobi’s Net Worth?

Super Eagles star Alex Iwobi is certainly a wealthy young man, having signed lucrative deals at Arsenal and Everton. Iwobi’s net worth is estimated to be around £23.39m with most of that coming from his earnings as a footballer.

Iwobi is also a Nike outfit with sponsorship and some money expected to come out of his ambassadorial role with the giant sportswear company. The Everton star is managed by the Elite Project Group Ltd. and also represents the likes of Jadon Sancho, Bukayo Saka, and Joe Aribo.

The Super Eagles star has been in the news over girlfriend issues in the past. At a time, Alex Iwobi’s girlfriend was the beautiful model Clarisse Juliette.

However, Iwobi and Clarisse Juliette have broken up with the lady accusing the Super Eagles star of cheating on her.

Iwobi’s new girlfriend is rumoured to be another model by the name of Erin Budina but this has not been confirmed yet with neither Iwobi nor Erin Budina posting any pictures of them together.

One interesting fact about Alex Iwobi is that he still lives with his parents. Despite being a millionaire, Iwobi stays in his parents’ house whenever he is not on duty and he is in London.

It is also rumoured that Iwobi’s family is in charge of managing the wealth he makes from football.

Alex Iwobi does not post often about his cars but he is said to be a lover of Mercedes-Benz.

Alex Iwobi is fairly active on social media with Instagram and Twitter accounts that he posts on from time to time.

Despite playing for England till the U18 level, Iwobi chose to commit his senior international future to the Nigerian national team. The Lagos-born forward made his Super Eagles debut on October 8, 2015, in a friendly against DR Congo in Belgium.

Iwobi was selected in the 35-man initial shortlist for the 2016 Rio Olympics but he failed to make the final 18-man squad.

The Everton player created a piece of history when his goal against Zambia in October 2017 clinched the 2018 FIFA World Cup qualification for the Super Eagles.

Apart from the World Cup, Iwobi has also represented Nigeria at two Africa Cup of Nations (AFCON) tournaments (2019 & 2021), helping the Super Eagles to third place in the 2019 edition.

Alex Iwobi is fairly settled at Everton with no major transfer news about the Super Eagles star this summer. After enjoying a revival towards the end of the 2021/22 season, Iwobi would be hoping to capitalise on that and nail down a starting spot in Frank Lampard’s team.