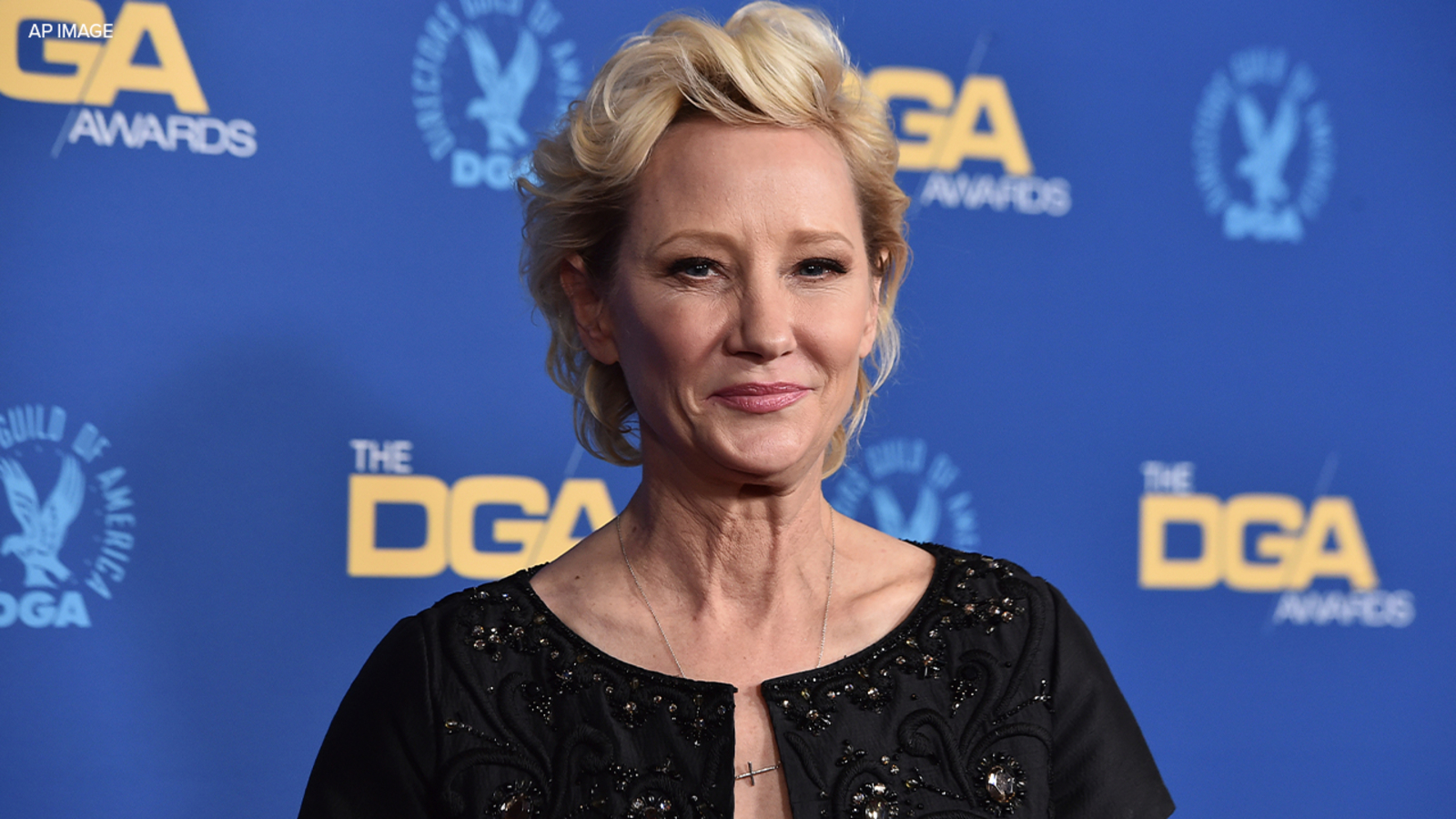 “Anne is currently in stable condition,” read a statement issued by her friend and podcast partner Heather Duffy Boylston. “Her family and friends ask for your thoughts and prayers and to respect her privacy during this difficult time.”

The crash was reported shortly before 11 a.m. Friday at a two-story house in the 1800 block of South Walgrove Avenue, according to the Los Angeles Fire Department.

Video obtained by Eyewitness News showed Heche’s Mini Cooper badly damaged and burned and being towed out of the home.

According to LAFD Capt. Erik Scott, firefighters arrived at the home to find a well-involved fire.

“When we arrived on scene, we had a solo vehicle that appeared to be driving at a high rate of speed on a perpendicular street and launched through the front yard, into the home,” said Scott. “So deep … about 30 feet in.”

Scott said Heche – who was officially identified as the driver behind the wheel – was trapped inside the car as flames from the vehicle began spreading to the home.

“She was talking to us at the time that we were able to pull her out, so that’s a good sign,” said Scott.

Meanwhile, video that has since gone viral shows what appears to be Heche’s Mini Cooper crashing into a garage door at an apartment complex half a mile west from the Mar Vista home.

No injuries were reported in that incident.

Police said an investigation is underway related to “misdemeanor hit and run incidents” that occurred before the Mar Vista crash. No arrests have been made.

Heche remains in the hospital with serious burn injuries, according to authorities.

A native of Ohio, Heche first came to prominence on the NBC soap opera “Another World” from 1987 to 1991. She won a Daytime Emmy Award for the role.

In the late 1990s she became one of the hottest actors in Hollywood, a constant on magazine covers and in big-budget films. She co-starred with Johnny Depp in 1997’s “Donnie Brasco”; with Tommy Lee Jones in 1997’s “Volcano”; with Harrison Ford in 1998’s “Six Days, Seven Nights”; with Vince Vaughn and Joaquin Phoenix in 1998’s “Return to Paradise,” and with an ensemble cast in the original 1997 “I Know What You Did Last Summer.”

Her relationship with Ellen DeGeneres from 1997 to 2000 heightened her fame and brought immense public scrutiny.

In the fall of 2000 soon after the two broke up, Heche was hospitalized after knocking on the door of a stranger in a rural area near Fresno, California. Authorities said she had appeared shaken and disoriented, and spoke incoherently to the residents.

In a memoir released the following year, “Call Me Crazy,” Heche talked about her lifelong struggles with mental health and a childhood of abuse.

She was married to camera operator Coleman Laffoon from 2001 to 2009. The two had a son together. She had another son during a relationship with actor James Tupper, her co-star on the TV series “Men In Trees.”

Heche has worked consistently in smaller films, on Broadway, and on TV shows in the past two decades. She recently had recurring roles on the network series “Chicago P.D.” and “All Rise,” and in 2020 was a contestant on “Dancing With the Stars.”

“Better Together,” the podcast hosted by Heche and Duffy Boylston, is described online as a celebration of friendship.