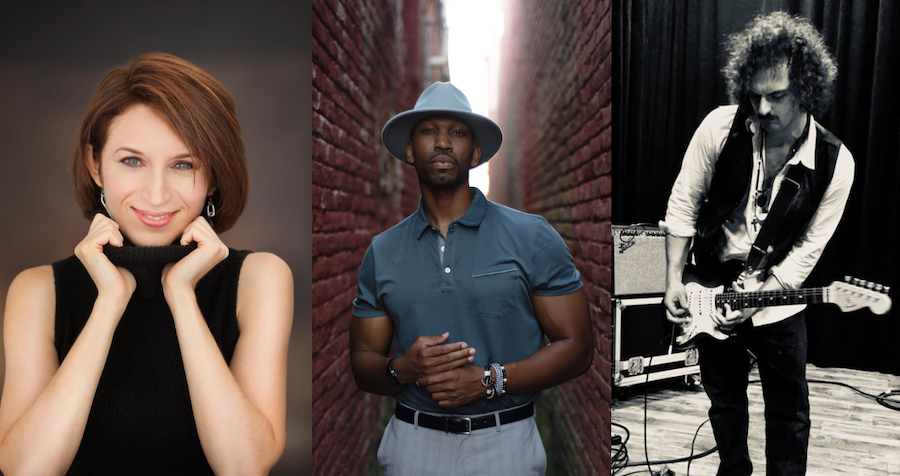 September is the “traditional festival performance month” for ACANSA, but since the arts organization threw its three-week long ACANSA Arts Festival of the South in March due to pandemic-related delays, we get a mini-fest in September anyway, with performances from pianist Tatiana Mann, hip hop statesman Big Piph and his band Tomorrow Maybe, guitarist Stuart Montez and actor Ben Grimes. Check it out!

Performances by pianist Tatiana Roitman Mann have been recognized by the BBC as “formidable…both accurate and with rarely seen joy.” Tatiana has appeared as a soloist and recitalist across North America and Europe; radio broadcasts include H. Villa-Lobos’ Mystic Sextet, on NPR’s Performance Today, B. Bartok’s Contrasts on New York’s classical music station, WQXR, and Gershwin’s Rhapsody in Blue on Little Rock’s KLRE.

In a raw and moving performance, Ben Grimes recounts his own experiences in military service. Death of Kings is the story of all soldiers told by one. The play couples some of Shakespeare’s most famous speeches and Grimes’ personal insights to explore the universal costs and collective trauma of war. “Our nation has just exited the longest stretch of sustained conflict in its history. For twenty years we sent men and women into harm’s way. How do we make sense of all the pain and loss? How do we move on?”

“One of Arkansas’ best bands” and “great hip-hop ensemble” are phrases often used to describe the collective known as Big Piph & Tomorrow Maybe. However, although they are deserving of both titles, these descriptions have proven to be far too confining. The creativity, discipline, and showmanship that BPTM put into their jazz, soul, funk, and rock infused hip-hop experiences will soon have them recognized as one of the best bands…period.

Stuart Montez is a guitarist and vocalist who is well-known on the Nashville music scene. He is a 30-year-old native of Little Rock where he graduated from Catholic High School. His unique blend of blues, funk, and rock and roll combines original works with well-known favorites and is sure to delight audiences.