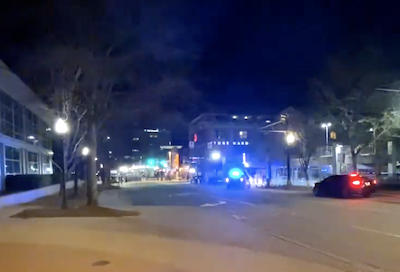 
Official silence still reigns at the Little Rock Police Department concerning details on the fatal shooting of a Pizza D’Action employee outside the Stifft Station bar early Saturday morning. This information gap continues a practice of the Chief Keith Humphrey era in which less information about crime is the rule. Gone are the days when a police information officer endeavored to provide information about what had occurred and who was involved.

Now there is more Little Rock violence to report, again with little information from the police. But KARK has some coverage.

First, another apparent homicide this morning in the 5700 block of Patterson in Southwest Little Rock. (It runs north off W. 65th Street between Geyer Springs Road and Interstate 30.

Here’s video of the Little Rock homicide on Patterson road from this morning. A call came in to Little Rock 911 for a “subject down” just after 9am. @JohnKushmaul is on the scene. #ARnews pic.twitter.com/nROmrAkoHE

Then there is news of three people shot at a parking deck on East Markham Street just west of the beginning of the River Market entertainment district.

The Little Rock police media pages confirm a homicide in the 5700 block of Patterson but otherwise provide no information.