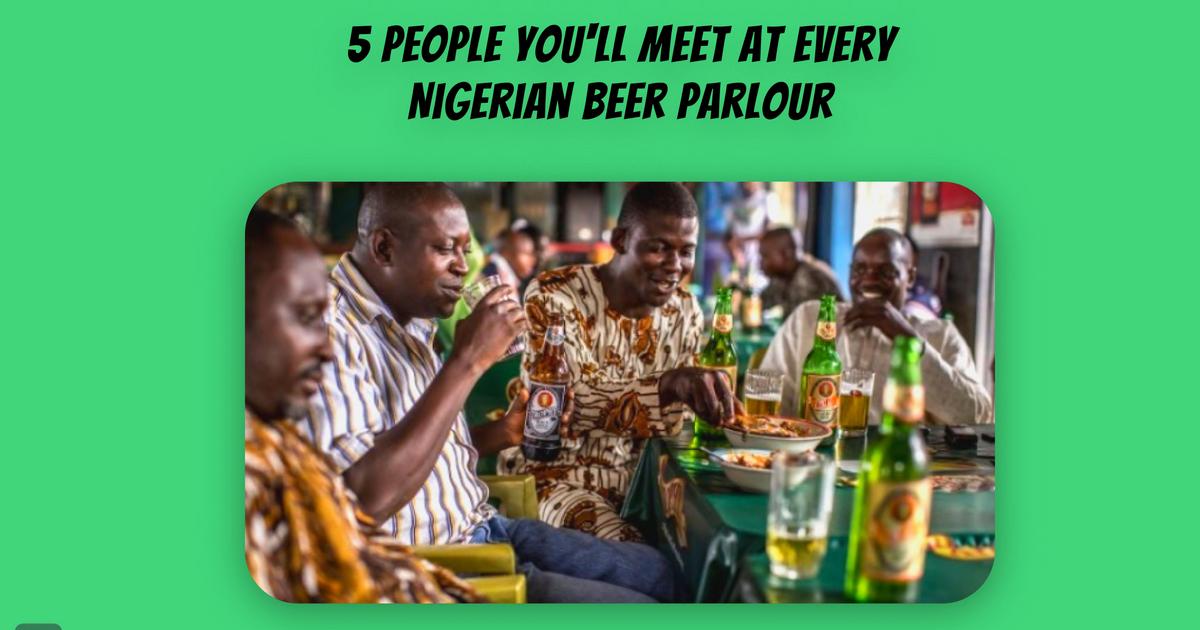 Ok let’s go… POV: You’re at a beer parlour anywhere in Nigeria [except the North, apparently.] And these are the things that are going on at any given time…

1. There’s a man that has stories for days

There’s a cigarette hanging between his lips and his name is usually ‘Baba Soldier,’ ‘Old Soldier’ or something similar. The stories keep rolling off his tongue: from when he was sleeping with village girls in Form 1, to how he was part of ECOMOG in Liberia, to how he once won ₦1million of Baba Ijebu’s money… the lamba is always non-stop with Baba Old Soldier.

2. The one who never pays but always has drinks

This one? He owes the beer woman so much money that even when his pension is released, it still won’t be enough. But somehow, he always has a bottle. He attaches himself to people most times and outrightly begs at other times. All way na way. Innit?

His own drunkenness only causes him to rub on the girls serving drinks and pepper soup. He’s 50+ and likely has grandkids. He’s likely bald with a Lord-Lugard-style moustache. A proper agbaya.

4. The suit-and-tie guy who doesn’t go home after work

He tells himself that he only comes to the beer parlour to wait out traffic after work but na wash. He’s there even when the roads are free. He always looks stressed and doesn’t talk much. Gives attendants money hoping for occasional knacks.

He’s the Pete Edochie of beer parlours; has good quotes, and deep insight into life’s issues – especially marriage and how to raise good kids. Everyone likes and buys him free drinks unprovoked. But the guys in Number 1 & 3 have a quiet beef with him because of that. He’s a Deacon or Evangelist in his church.