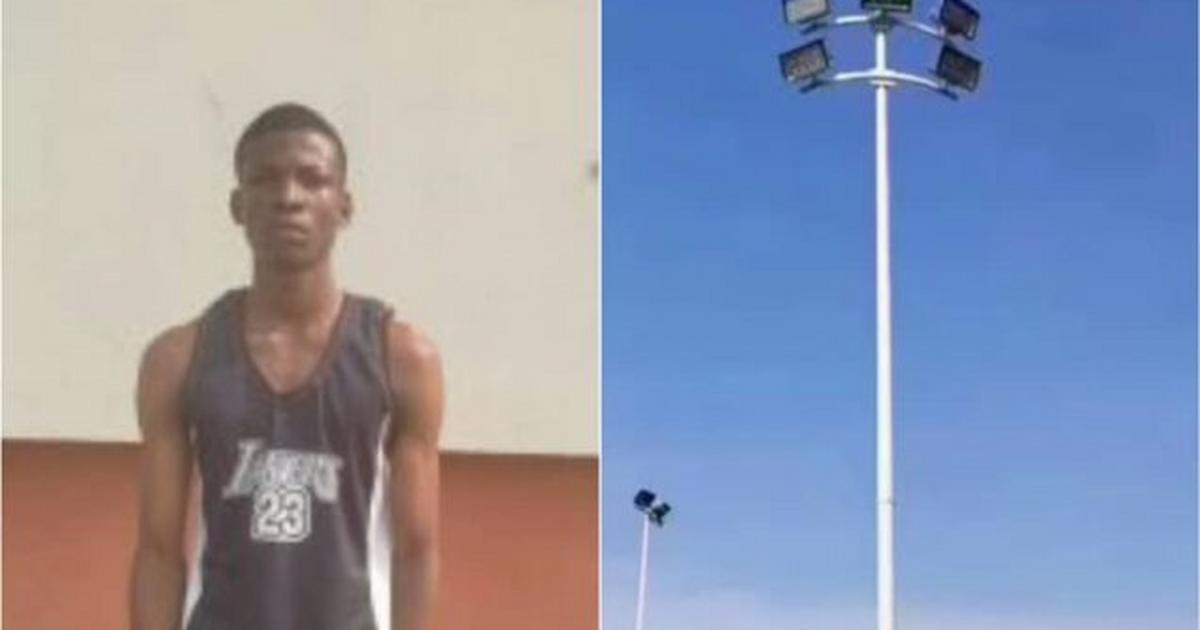 He said he was not a thief neither was he attempting to commit suicide.

“I was moved by the spirit of God to climb the pole in the stadium to draw attention to the dilapidated basic facilities in the place, I am not a thief.

“I also did not attempt to commit suicide. I am a student of philosophy in the University of Calabar, 400-level, I have no reason to want to kill myself.

“So my intention was simply to create awareness and draw government attention to look into the state of the stadium.

“I am aware that there were some renovations of the swimming pool and basketball court but a lot of other athletes are suffering because the track and the pitch have really gone bad,” he said.

He maintained that he just wanted government to do something about the challenge, adding that he believes his mode of protest will give the place the much-needed attention.

Speaking with newsmen, SP Irene Ugbo, the Police Public Relations Officer (PPRO) in the state, said the incident is unfortunate.

“While commending the Commander of the Dragon Squad who rescued the protester for their timely intervention,” she said “their initial thought was that it was a suicide attempt.”

Ugbo said upon interrogating him they discovered that he climbed the floodlights to protest as well as draw the attention of the Cross River government to the dilapidated state of the UJ Esuene Stadium.

“He said he is a sports lover and wasn’t happy about the way a lot of the facilities within and around the stadium had been abandoned to rot away.

“We will further profile him as it will help us to know if there is a hidden intention because we won’t tolerate any kind of agitation that may lead to a second #ENDSAR protest,” she said.

The incident led to gridlock along the Murtala Mohammed Highway by stadium, causing commuters to use other routes to avoid being held up in traffic.