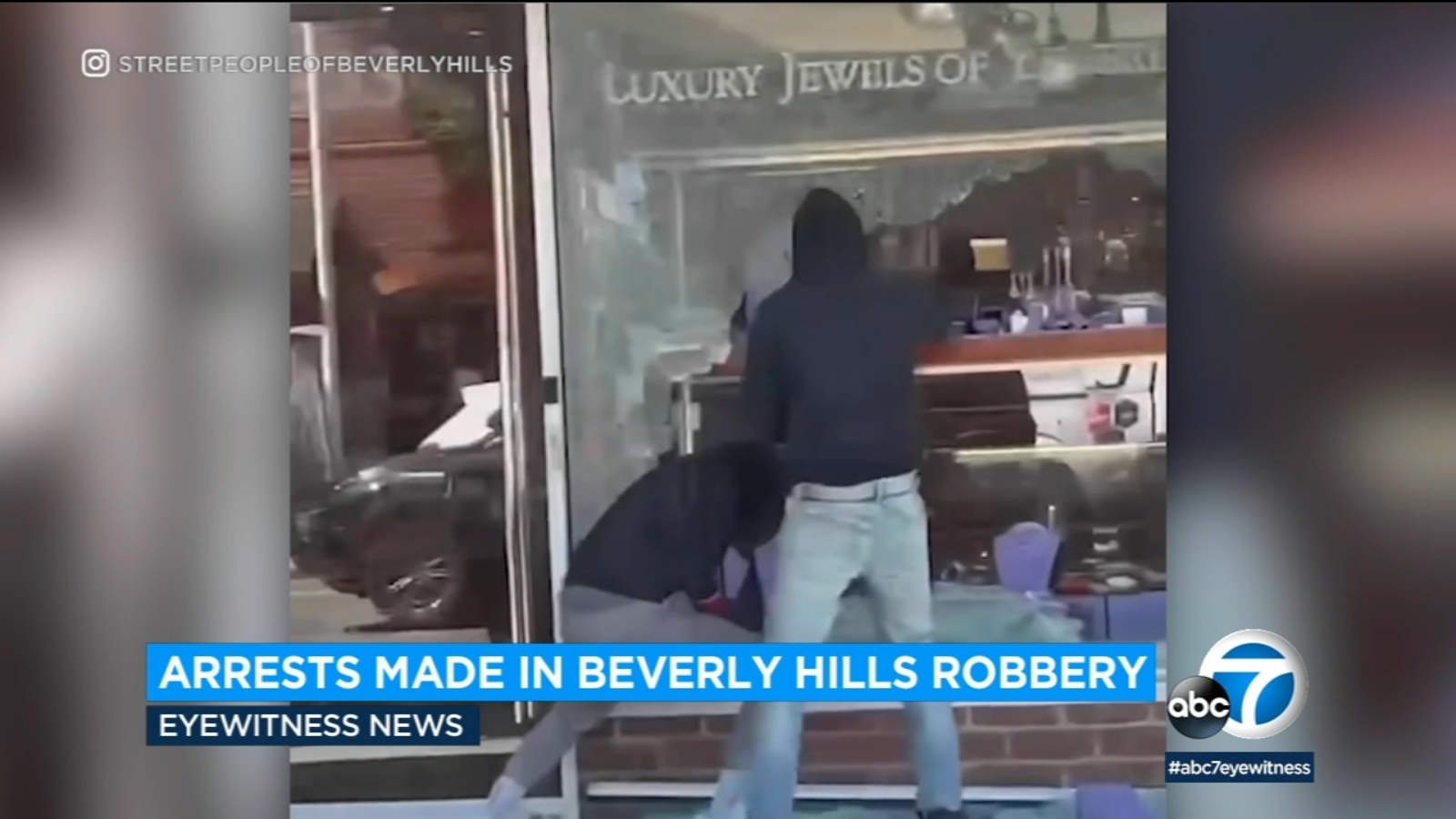 BEVERLY HILLS, Calif. — Three suspects were arrested this week in connection with a brazen smash-and-grab robbery where $5 million worth of jewelry was stolen from a high-end Beverly Hills store earlier this year, police said.

Up to six robbers wielding sledgehammers smashed display cases and stole precious gems, designer watches and necklaces from Luxury Jewels of Beverly Hills during the middle of the day on March 22.

Police and FBI investigators used surveillance footage to track down three of the suspects, who were arrested Wednesday after officers served search warrants at separate locations.

A 20-year-old man and an an unidentified juvenile were taken into custody in Long Beach, the Beverly Hills Police Department said in a news release.

A third suspect, a man from Gardena, was arrested by California Highway Patrol officers during a traffic stop in Barstow, officials said.

All three could face multiple charges including commercial burglary and conspiracy, the news release said.

A fourth robbery suspect, a 37-year-old man from Los Angeles, was already in custody for an unrelated offense, police said.

The investigation is ongoing.