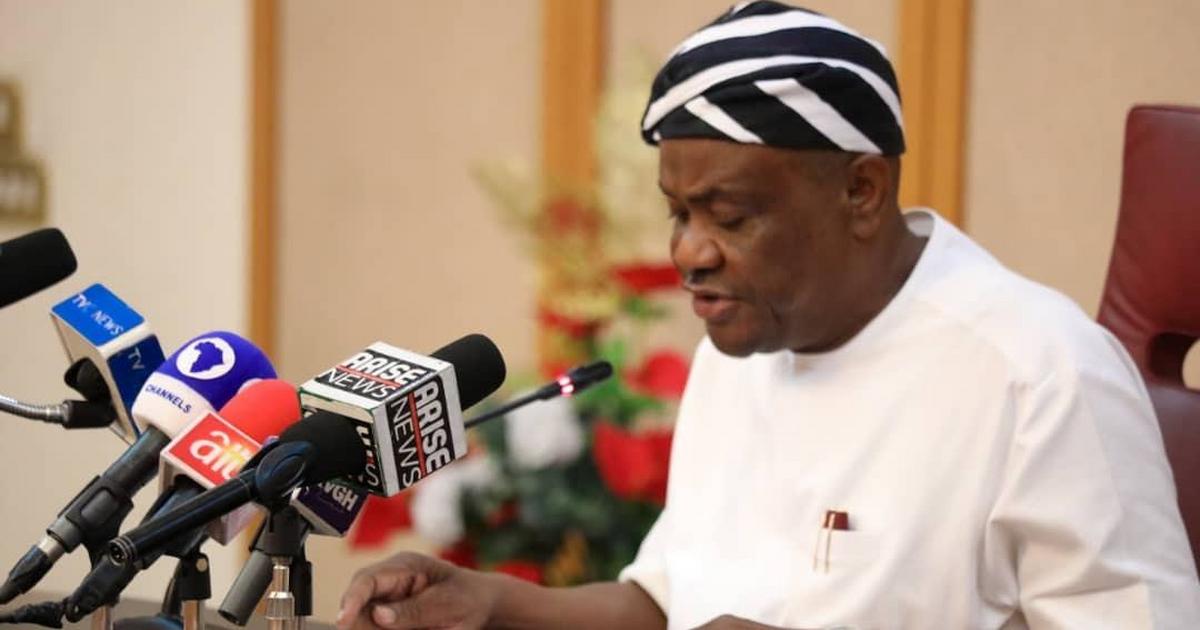 The governor said he has the capacity to hand victory to the Peoples Democratic Party (PDP) in the presidential election in 2023.

Wike’s declaration came during a consultative meeting with stakeholders of the Benue chapter of the PDP at the Government House in Makurdi on Sunday, March 27, 2022.

He told the delegation that he’s the most capable person to dislodge the All Progressives Congress (APC) from power in 2023.

“To remove APC from power, I’m the person who can tell them enough is enough. We must take this power and I’m ready to take it for PDP. God is with us that’s why APC keeps failing everyday.

“I’m declaring it (presidential ambition) for the first time in Benue. I’m going to run for election,” Wike said.

He appealed to the stakeholders to resist every temptation to sell their votes, but give them to him, adding that some of the presidential aspirants in the PDP were only interested in grabbing power for personal gains.

Wike also criticised some PDP founding fathers for being the reason the party lost power in 2015.

He questioned their return to the party at this point, saying they are only coming back to seek power, which in his opinion, may not be possible because they’ve lost their shares.

“In 2015, those who ran away made us lose the election. Today, they are crying but some of us stood and said PDP will not die.”

“Some people want to use Nigeria to buy back their personal business. They talk about private sector – let them mention the private business that had survived. Is it banks that your father had? Everybody is an employer of labour even in my house I have 50 people who feed from me. They should stop deceiving us.

The host Governor, Samuel Ortom, prayed that God will grant Wike his desire to be Nigeria’s president.

The Benue governor recounted how his Rivers colleague had always been of assistance to his state, especially in rendering aides to the teeming displaced perssons caused by herders’ invasion from neighbouring states.